Art in May: Five exhibitions you can’t afford to miss 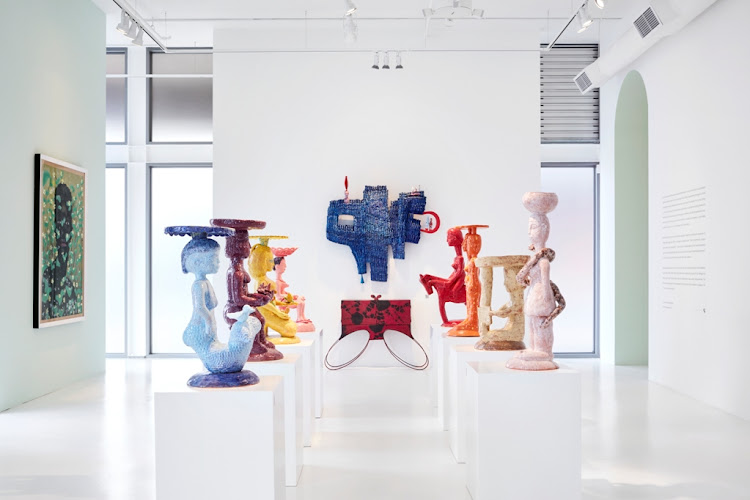 Perhaps to set a hopeful tone as winter approaches, perhaps in anticipation of spring to come, Southern Guild’s newest exhibition borrows from the idea of spring as a time of change — ecological, physical and psychological — and promoted curator Lindsey Raymond to ask the artists on show to consider the role of growth and renewal in their work as well as the opposite side to the coin: loss and decay.

The result is what’s described as a multisensory group exhibition featuring more than 20 artists and designers, both regulars at Southern Guild and emerging artists and creatives who have been invited to participate.

Spring Awakening will run until June 15 at Southern Guild in Cape Town. The gallery is open Mondays to Fridays from 9am to 5.30pm and 10am to 2pm on Saturdays. 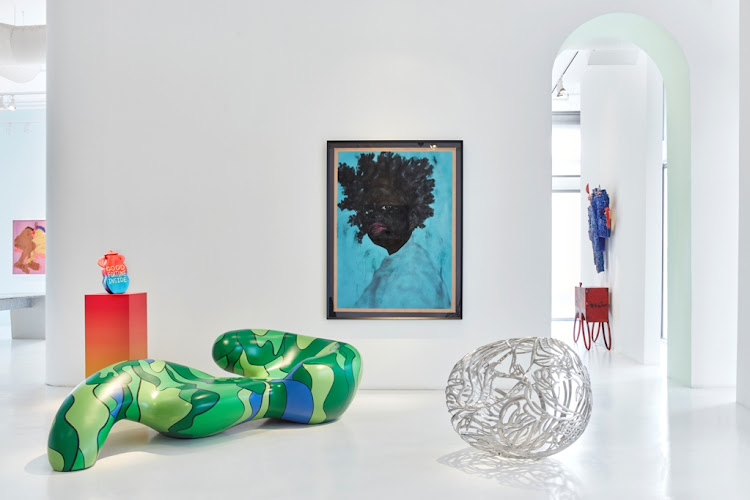 Tshegofatso Pule. Vicky Ntozini. Reeva Steenkamp. These are three of the women artist Andrea Walters has included in her exhibition at the Durban Art Gallery in which she honours femicide victims.

A multimedia exhibition, Walters has combined 50 intricately carved Sunlight soap sculptures of the mouths of the silenced women with audiovisual work, an embroidered death shroud and domestic items which hint at sexuality, intimacy and violence.

“I decided to sculpt their mouths on Sunlight soap bars found in most households, and used in some cultures to prepare bodies for burial,” said Walters.

“The #OverMyDeadBody exhibition attempts to counter the ongoing perception that it is acceptable for a man to punish a woman through violence or death. I believe when women survivors see artwork on intimate partner violence, it provokes an instinctive response: they remember because they cannot forget.”

#OverMyDeadBody will run until May 15 at the Durban Art Gallery. The gallery is open from 8.30am to 3.45pm Mondays to Saturdays and 10am to 3.45pm on Sundays. 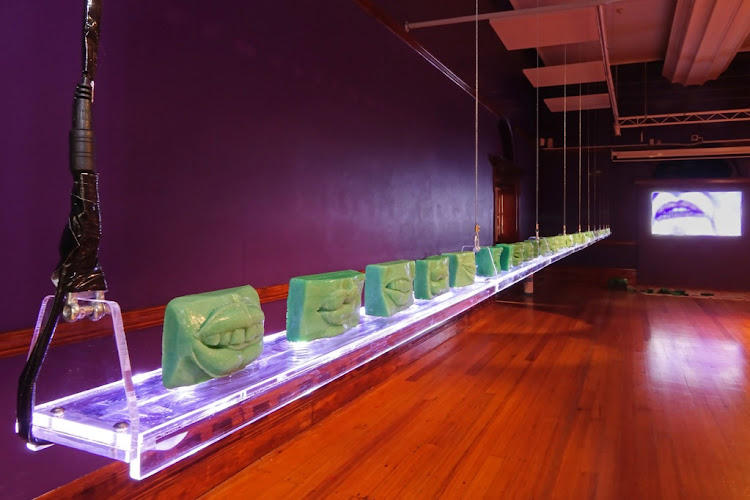 In celebrated SA artist Wilma Cruise’s latest solo exhibition at IS Art Gallery in Stellenbosch, the artist reverts to her familiar theme of exploring the interface between humans and animals.

In this instance, she said she’s investigating the dynamics between the human animal and the non-human animal. Speaking to Jane Taylor about Recon(figure), she asks: “Are we right to presume our position of superiority in relation to the animals? Do we really deserve our place on top of the Cartesian pile?”

Recon(figure) will run until May 31 at IS Art Gallery in Stellenbosch. The gallery is open from 9am to 5pm Mondays to Fridays and 10am to 5pm on Saturdays and Sundays. 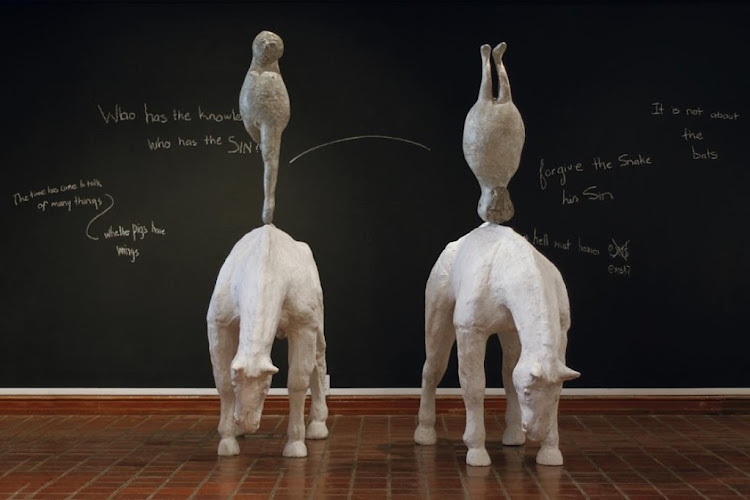 Curated by Marnus Strydom and held in association with Lizamore & Associates and FirstRand Bank, Shutterland features 21 established and emerging SA photographers and their interpretation of local cultural and environmental landscapes.

Shutterland will run until June 3 at Art and About Gallery in FirstRand Bank, Sandton. The gallery is open Mondays to Fridays from 10am to 5pm. 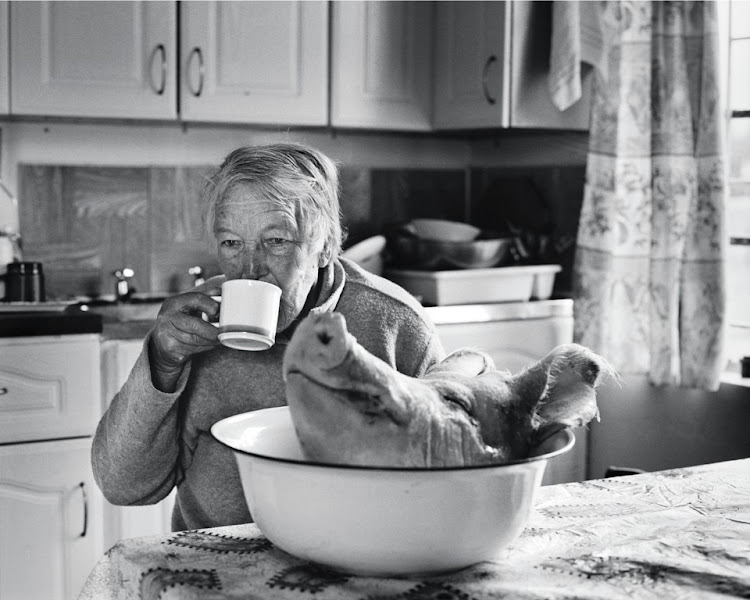 In his latest solo exhibition with Stevenson Gallery, Mawande Ka Zenzile combines sculpture, painting and installation to explore facets of humanity which have been inspired by his travels between Cape Town and his birth town of Lady Frere in the Eastern Cape, something he said gives him a sense of freedom.

“I have realised the lines and contours of the landscape found their way symbolically into my canvases,” said Ka Zenzile.

“The works tell me to stop or to continue; they speak in a language, but it is a unilinear form of communication.”

Nqanda nanga'manzi engene'ndlini opens on May 14 and will run until June 24 at Stevenson Gallery in Johannesburg. The gallery is open from 9am to 5pm Mondays to Fridays and 10am to 1pm on Saturdays. 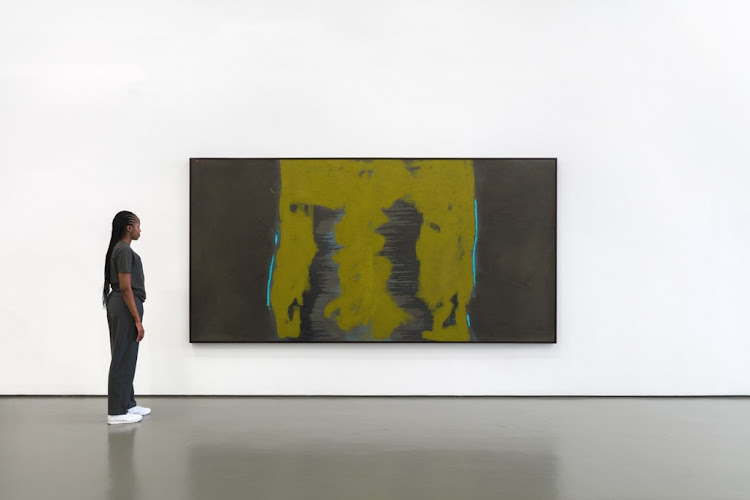 Joburg on a creative cycle ride — an adventure in the making

Street art in all its glory – from massive commissions to ‘throw-ups’ by street gangs dodging police to show off their skills in prime positions – ...
News
3 weeks ago

Catch these exhibitions in Cape Town, Joburg or online this month.
Lifestyle
1 month ago

Gert-Johan Coetzee on what inspired the new Chopard collaboration

We chat to the designer about his exciting collection.
Lifestyle
1 month ago