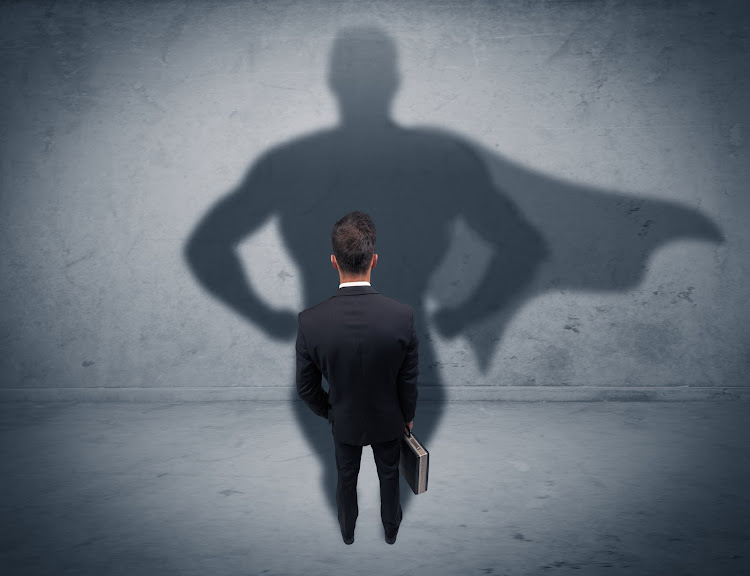 If you stand like Wonder Woman or Superman, will you feel stronger? Will you actually be stronger?

Psychology researchers have investigated these questions for decades. After all, mind and body are intertwined. How you stand or sit can give you feedback on how you feel, and your feelings are often revealed by the way you hold yourself.

One influential study published in 2010 suggested that power poses — body positions like a wide stance with your hands on your hips while standing, or clasping your hands behind your head and putting your feet on a desk while sitting — increased levels of the male sex hormone testosterone and decreased levels of cortisol, the main stress hormone. High levels of testosterone and low levels of cortisol are linked to fearlessness, risk-taking and insensitivity to punishment. From there, scientists assumed that power posing could affect how people felt, how they acted and how others perceived them.

If you are seeing a therapist as you deal with your mental wellness, ask them about how you can add movement and exercise to your daily routine
Lifestyle
3 months ago

But in the following years, some researchers could not replicate the original findings when they tried to rerun the experiments. The lead author of the original study admitted to mistakes and distanced herself from it. Since then, there’s been a heated debate about whether engaging in power poses really does anything at all.

In an effort to figure out which power pose findings hold up and which do not, we conducted a meta-analytic review — that is, we combined data from all available research on the topic. Based on dozens of studies, we suggest that there is something to the idea of power poses, even if the research was overhyped in the past.

We focused on two types of body positions.

The first type included power poses. Examples of high-power poses would be standing or sitting in a very expansive way, taking up a lot of space. A low-power pose would be crossing your legs and folding your arms while standing, or bowing your head and putting your hands on your lap while seated.

Examples of high-power poses would be standing or sitting in a very expansive way, taking up a lot of space. A low-power pose would be crossing your legs and folding your arms while standing

The second type included upright postures, like standing erect or sitting up straight in a chair vs bowing your head and slumping. Theoretical and empirical research have suggested that power poses are non-verbal expressions of dominance, whereas upright postures are displays of prestige.

After open-science standards, we preregistered our protocol with the Open Science Framework before conducting the analysis. This step is meant to increase transparency. By stating the game plan upfront, you can’t fiddle about with the data to try to find something significant to report.

Then we combed through 12 scientific databases with search terms including “body position” and “power pose.” This hunt turned up over 24,000 potentially relevant studies. We included just the ones that randomly assigned participants to different groups. Only this experimental design allows researchers to make inferences about the cause of any effects they identify.

Often if a study doesn’t find a link between the factors it was investigating, the research doesn’t end up getting published. Because of this phenomenon, called publication bias, we sent requests for unpublished data to researchers from six different scientific societies. We also contacted all 21 researchers who had authored at least two articles on body positions to inquire whether they had any unpublished studies. Over one-fourth of the effects we analysed came from unpublished studies.

In the end, our analysis of high- vs low-power poses and upright vs slumped poses was based on 313 effects from 88 studies that included 9,799 participants.

WHAT HELD UP AND WHAT DIDN’T

Our review examined three types of potential effects power poses and upright positions could have.

First there were self-reported effects, such as feeling powerful, confident and positive. These kinds of effects were statistically significant and robust, meaning they were seen again and again across many studies. People told researchers they felt stronger when they engaged in power poses and upright postures.

SA is increasingly becoming an economy that is driven by the tertiary sector but pupils’ poor performance on critical subjects is hindering them from ...
News
3 months ago

Then there were behavioural effects, such as how long participants would stick with a task, whether they exhibited antisocial behaviour, and how action-orientated they were. Researchers identified these effects in many studies as well, but the findings were less reliable and more subject to publication bias.

Finally there were physiological effects such as hormone levels, heart rate and skin conductance, which often stands in as a way to measure stress in psychology research studies. In our meta-analysis, these effects were not statistically significant across all the studies. It was in this area that the power pose research didn’t hold up. Simply taking expansive body positions does not influence hormones or other physiological indicators as previously believed.

We found these self-reported and behavioural effects in studies from both Western countries like the US, Germany and the UK that favour the individual and in Eastern countries like China, Japan and Malaysia that favour the collective. Age and gender did not make a difference with respect to the effects. Nor did it matter whether participants were college students or not. From the available data it is not clear, however, how long such effects last after someone moves out of a particular body position.

WHAT NEW EXPERIMENTS CAN EXPLORE

Unfortunately, many experimental studies in our meta-analysis did not include a control group of participants who adopted a neutral body position. That means we can’t tell for sure whether it is high-power poses and upright postures making people feel more positive and powerful, whether it is the low-power and slumped postures making people feel less positive and powerful, or whether it is some combination of the two. Future studies could clarify that question by including control groups that hold neutral body positions for comparison.

Furthermore, most studies included participants from Western, educated, industrialised, rich and democratic societies — characterised as “WEIRD” by psychology researchers. Effects should also be tested in other populations.

To promote and facilitate further insights on the effects of body positions, we also created an app allowing researchers to enter new data and download the most recent results. Continuing these investigations is important, because science is an ongoing process that usually does not provide definitive final answers. More evidence accumulates with each new study.

• This article was first published by The Conversation.