After ugly trial, can Johnny Depp or Amber Heard stage a second act? 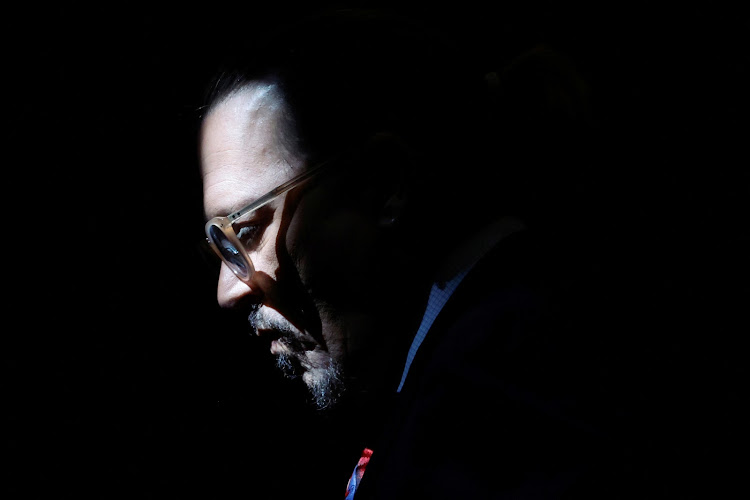 Actor Johnny Depp stands for the jury to leave the courtroom during a recess.
Image: Jonathan Ernst

After graphic allegations of abuse, recordings of vicious fights and airings of nasty text messages, will Hollywood be ready to welcome back Johnny Depp or Amber Heard?

Depp, the “Pirates of the Caribbean” star, declared that a US jury gave him his life back when it awarded him a near-total victory in his defamation fight with ex-wife Heard on Wednesday.

Jurors supported Depp's three claims that Heard had defamed him and awarded him more than $10 million in damages. Heard won one counterclaim that Depp's lawyer had defamed her. The jury awarded Heard $2 million.

The verdicts came with a cost. Over six weeks, the televised trial provided vivid detail about a troubled marriage and evidence that both Depp and Heard admitted was embarrassing.

Still, Depp is expected to be offered new movie roles now that the US jury has backed him after a years-long legal battle, said Clayton Davis, senior awards editor at Hollywood publication Variety.

“I think Johnny Depp is going to work again. He's going to get some big project,” Davis said after the verdict, noting Hollywood offers plenty of examples of stars who recovered from very public scandals.

Robert Downey Jr., Mel Gibson, Hugh Grant, Roman Polanski and others found new opportunities after serious allegations of improper behaviour, criminal convictions or missteps. Kevin Spacey has acted in a handful of independent films after being accused in 2018 of sexual misconduct, which he denies.

“We have a culture that allows these people to work again,” Davis said.

Less than two years ago, Depp lost a libel suit in Britain against the Sun tabloid, which called him a “wife beater.” A London High Court judge ruled that Depp had repeatedly assaulted Heard. Shortly after, Depp was dropped from the “Fantastic Beasts” movie franchise, a “Harry Potter” spin-off.

Attorney Neama Rahmani called the US trial “PR genius” by Depp and his team to rebuild his reputation and career.

Johnny vs Amber: For pity’s sake, can the war of the Depps please stop?

I need to recover from the experience of the nuclear fallout of what is proving to be the most toxic marriage of the 21st century.
Lifestyle
1 month ago

Depp denied ever hitting Heard, while she admitted slapping Depp but said it was only to defend herself or her sister.

Juda Engelmayer, a crisis communications expert who represents Harvey Weinstein and others, said he believes Depp's strong support from fans on social media throughout the trial will boost his standing in Hollywood.

Producers “look at the millions of people who rallied to him, who signed petitions against Amber Heard, and they're going to say 'are they willing to come to movies and pay at the box office?'” Engelmayer said. “I think they will test him out.”

Revelations from the trial may restrict Depp from starring in family fare, Engelmayer said, though he predicted Depp “will be a leading man again.”

Heard, who has far less of a track record in Hollywood, was vilified on social media throughout the trial, but Engelmayer believes she too will be offered new acting opportunities. Before the trial, Heard filmed her role in “Aquaman 2,” which is scheduled for release in March 2023.

Engelmayer said he believes a “socially conscious” filmmaker will offer Heard at least a small role to provide a fresh start for a woman who went public with claims of abuse.

Given the #MeToo movement in recent years, Hollywood would be seen as “hypocritical,” Engelmayer said, “if they don't give her a role and give her an opportunity again.”

Actor Johnny Depp returned to the witness box on Wednesday to refute ex-wife Amber Heard's testimony in their defamation battle, saying the abuse ...
Lifestyle
1 month ago

Attorneys for Amber Heard on Monday showed a jury critical news articles that they said damaged her ex-husband Johnny Depp's career well before the ...
Lifestyle
2 months ago