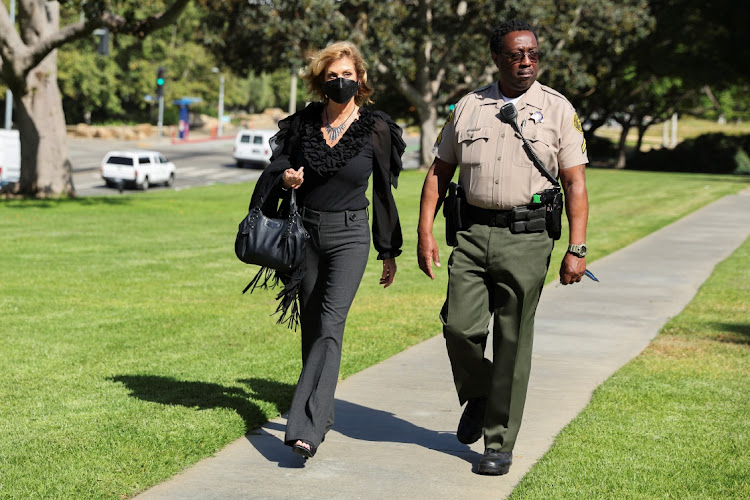 A woman who accused Bill Cosby of sexually assaulting her in the mid-1970s began her court testimony on Monday, describing how she and a friend met the comedian as teenagers and accompanied him to the famed Playboy Mansion.

Judy Huth, who has filed a civil lawsuit against Cosby for unspecified damages, told jurors she was playing frisbee at a public park on a weekday when she noticed a movie being filmed nearby. She and a friend, Donna Samuelson, walked closer and recognised Cosby, Sidney Poitier and other actors.

Cosby approached the girls and they “bantered,” she said, before he invited them to meet him the following Saturday at a tennis club. She and Samuelson were “excited”, she said.

“We were kids. It was a celebrity. It was out of the norm, that’s for sure.”

Huth said she and Samuelson met Cosby at the tennis club, then followed him by car to his home, played a few games of pool and followed him to another location. Huth realised it was the Playboy Mansion when Cosby pointed out a picture of Hugh Hefner on a wall.

Huth, 64, is set to continue her testimony on Tuesday.

Forty years after Stefan Tetenbaum wrote the book, it shows why Hef did anything in his power to bar its publication
Opinion & Analysis
2 months ago

In her lawsuit, Huth said Cosby forced her to perform a sex act while she was at the mansion. She previously said the incident occurred in 1974, when she was 15, but recently said she believes it was 1975.

The civil trial in California, one of the last legal cases against Cosby, is taking place 11 months after Cosby was freed from prison when Pennsylvania’s highest court threw out his sexual assault conviction in a different case.

Cosby’s lawyer Jennifer Bonjean said in opening statements the alleged assault of Huth was a “fabrication”, though Cosby did not dispute he invited Huth and her friend to the mansion.

“The evidence is going to show Ms Huth is not telling the truth,” she said.

Samuelson recounted her recollection of events earlier on Monday.

Bonjean challenged her account of the mansion visit, noting Samuelson had recalled playing a Donkey Kong arcade game, which was not introduced until 1981.

Cosby, 84, is not expected to attend the trial.

The comedian and actor is best known for his role as the lovable husband and father in the 1980s television comedy series The Cosby Show, earning him the nickname “America’s Dad”.

His family-friendly reputation was shattered after more than 50 women accused him of sexual assaults over nearly five decades.

In 2018, Cosby was found guilty of drugging and molesting Andrea Constand, an employee at Temple University in Philadelphia, in his home in 2004.

Pennsylvania’s Supreme Court overturned Cosby’s conviction in June 2021, after Cosby had served more than two years of a three- to 10-year sentence.

The court said Cosby should not have faced the charges because a previous district attorney had publicly promised in 2005 not to prosecute him. In March, the US Supreme Court declined to review that decision.

Bill Cosby avoided renewed legal jeopardy on Monday when the US Supreme Court declined to hear a bid by prosecutors to undo last year's ruling in ...
News
3 months ago

Lawyers for Ghislaine Maxwell said the overturning of Bill Cosby's 2018 sexual assault conviction justifies throwing out sex trafficking and other ...
News
1 year ago

Bill Cosby's surprise release from prison stirred concern among women's advocates that it will erode recent gains in Hollywood and beyond to hold men ...
News
1 year ago