It’s not normal to treat sunsets as curfews: live fearlessly with 1st for Women 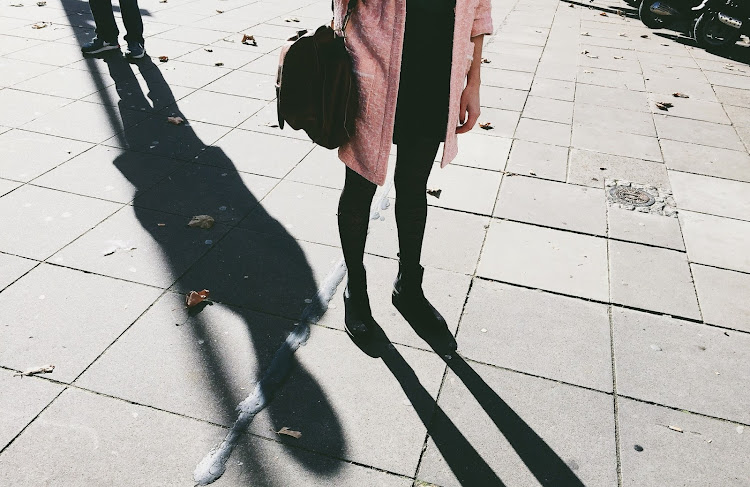 It's not normal to have to constantly look over your shoulder while walking down the street.
Image: Supplied/1st for Women

Women think about safety a lot ... all the time in fact.

They think about safety when their phones ring, when a dog barks in the middle of the night, when getting dressed in the morning, when they are in their driveways, on the road, stopped at traffic lights, at home, at petrol stations, in traffic, at shopping malls, restaurants, while commuting, walking, jogging or running. It’s a constant.

Sadly, there’s good reason so much of a woman’s time is spent thinking about safety.

According to the most recent SA Police Service crime statistics, the first three months of 2022 was “brutal” for women. Murder, attempted murder and the assault of women all recorded double-digit increases. From January to March, 898 women were murdered and 13,799 sexual offences were reported to the police, of which 10,818 were cases of rape.

Women have learnt to turn their car keys into weapons and check their phones, waiting for the ticks to turn blue — a sign that their loved one got home safely.

Women have been thinking about their safety for so long that they think it's normal to do so all the time ... but it's not. It's not normal to treat sunsets as curfews or to have to constantly look over your shoulder while strolling down the street.

1st for Women is the only insurer that is dedicated to putting women’s safety first with car, home, business and building policies that come equipped with:

With this benefit, 1st for Women customers can opt to be contacted every 30 minutes to check that they are still safely en route to their destination. If that contact is interrupted, a loved one will be informed, and the time and location of the customer's last communication will be shared with them.

The 1st for Women Foundation

Established in 2005, the 1st for Women Foundation is committed to uplifting and supporting South African women, in particular those affected by abuse.

With the support of its customers, the foundation has raised more than R90m for woman abuse causes, making a tangible and sustainable difference to the lives of more than 95,000 women and counting.

This dedicated fleet of Guardian Angels keep 1st for Women customers safe on the roads 24/7. A Guardian Angel will be dispatched to either assist with a mechanical breakdown, a flat battery or flat tyre, or to “guard” the customer until help arrives with the “Stand by Me” service.

Available through the 1st for Women app, this feature assists with alerting external help during any emergency situation where a woman feels unsafe. Help is available 24/7 and it can be used from anywhere in SA.

This is just the beginning. 1st for Women thinks about safety as much as women do and puts it first in everything it does. Because a safer woman is a fearless woman.

This article was paid for by 1st for Women.