Netflix launched its first African podcast, ‘Never Late | African Time’, in May and it’s all about celebrating on-screen talent on the continent 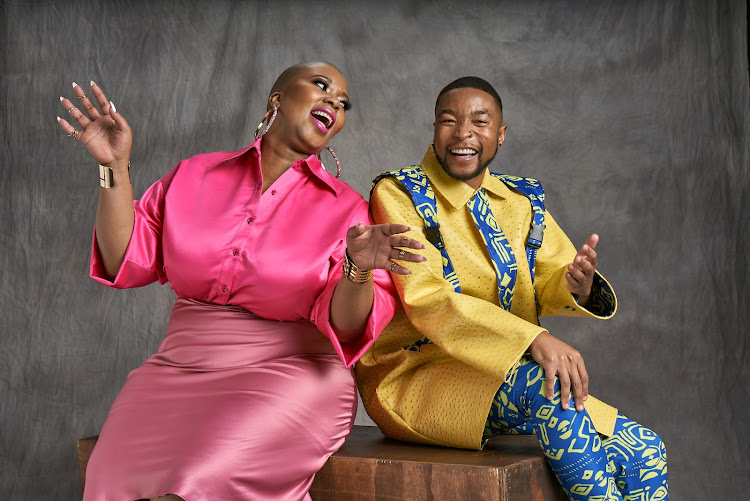 Netflix brought out its first podcasts in 2018. You Can't Make This Up was launched as a platform to engage with some of the filmmakers, actors and contributors of the biggest Netflix shows and We Are Netflix started as a platform on which Netflix employees talk about their work and experience with the company. This initial offering evolved into other podcasts, often branching out and focusing on popular series.

At the beginning of May, the streaming platform launched their first African podcast. Hosted by Andy Maqondwana from Kaya FM and Zweli Mbhele from 947 Radio, Never Late | African Time is a five-episode podcast that features some of the most celebrated on-screen talent in Africa.

“We both worked at 94.7 and we always said we were going to do a show together,” recalls Maqondwana. Finding out Mbhele would be auditioning with her was a great surprise, and one they’ve both made the best of since.

Speaking to the duo over Zoom, the first thing I noticed was their easy rapport and lighthearted laughter. It’s clear they get along splendidly.

“When you get to work with someone who is as professional, talented and awesome as Andy,  it makes it that much easier,” says Mbhele of his co-host.  “And being in that environment you think to yourself, I’m such a big fan of your work so I’m going to give it my best. We helped push each other all the time.”

Never Late | African Time showcases what the African continent has to offer in terms of Netflix titles and explores the story behind the storytellers, whether they’re creators, directors, producers or actors.

“It’s a space for us to capture the entertainment industry on our continent and, more than anything, to tell their stories,” Maqondwana says. “With most of these titles, you see the movie or series and then you see them on the red carpet [talking] about the project, but you never get to talk to them [about] their careers.”

It was really great to see and hear them as just human beings, as people who are in the industry and their experiences as well

Each episode features a specific set of guests. In the first episode, Comedy, Maqondwana and Mbhele are joined by South African comedian Celeste Ntuli and one of Nollywood’s biggest actors, Kunle Remi. In what essentially unfolds as a conversation, the two share anecdotes on life, their first jobs and working in comedy in what turns out to be a laughing-out-loud-in-your-kitchen episode.

Subsequent episodes are titled The Future is Female, Kings & Queens and The Typecast Effect.

Listeners are introduced to some of the young, emerging talent on the continent. As Mbhele explains: “They speak to young people who don’t know how they’re going to get into the industry, who don’t know what their next step is, who are a little bit afraid.

“Having these incredible creators on the podcast and being exposed to how brave they are and how it is that they’re living their truth — getting into all of that — was super interesting,” he says.

This season wrapped up on an emotional note with The Legends, the final episode in the series, dedicated to the industry stalwarts people grew up watching on screen: Nandi Nyembe, Connie Chiume and Israel Matseke Zulu.

“Some people have been in this industry for so long and they’re such custodians and such workers in the entertainment industry that it’s easy for them to silence themselves as human beings and to commit themselves to the art and to the projects they’re in, but it was great to see and hear them as just human beings, as people who are in the industry having their personal experiences,” says Maqondwana.

Having done well across the continent — according to Mbhele, an expert chart tracker,  the podcast made it into the top five in Nigeria and top 10 in SA — Mbhele and Maqondwana hope to continue with future seasons, to not only include more African countries but to continue shining a light on our incredible talent.

“It’s going to show so many aspiring directors and filmmakers and actors that this stuff is possible,” says Mbhele. “It sounds like that old cliché when everyone says ‘you can do it, it is possible’ but it really is. I’m excited for so many people to be able to see that.”

• 'Never Late | African Time' is available in video format on the AfricaOnNetflix official YouTube page and in audio format on Spotify and Apple.

We chat to director Mandla Dube and actor Arnold Vosloo about Netflix’s first SA original feature, a thriller based on a real siege that took place ...
Lifestyle
2 months ago

A lewd podcast and a saucy TV show prove that sex continues to be a subject of utter fascination.
Lifestyle
6 months ago