Another treat for stargazers with ‘supermoon’ appearance in SA skies

This after stunning space images were shared from James Webb Space Telescope. 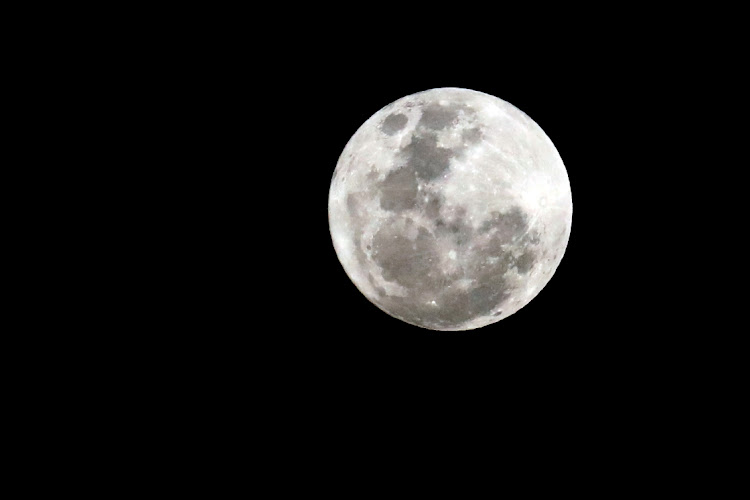 The phenomenon known as the super buck moon graced South African skies on Wednesday and should be just as big for the next three days.
Image: Thapelo Morebudi

It’s been a week of treats for stargazers, first with Nasa sharing rare full-colour images from deep in the cosmos and now with the upcoming supermoon sighting on Wednesday.

The supermoon, also known as the Super Buck moon or Buck Supermoon, depending on where you are in the world, will be visible above SA skies on Wednesday evening at 8.37pm, according to Time and Date.

According to Nasa, the term “was coined by astrologer Richard Nolle in 1979 and refers to either a new or full moon that occurs when the moon is within 90% of perigee, its closest approach to Earth”.

This is the second supermoon to occur recently, with the first back in June.

Stargazers wishing to see the spectacular and rare occurrence can do so, as all you need to know are your location’s moonrise and moonset times, according to the site.

“If you miss the supermoon [on Wednesday], you can still catch an almost full moon the next day. The moon appears full in the days before and after the exact time of the full moon,” the site says.

Nasa treated the public to a unique and rare glimpse into the cosmos earlier this week by sharing the first full-colour images of the cosmos from its James Webb Space Telescope, the largest and most powerful orbital observatory ever launched.

The first full-colour, high-resolution pictures from the telescope, designed to peer farther than before with greater clarity to the dawn of the universe, were hailed by Nasa as a milestone, marking a new era of astronomical exploration.

The first image was unveiled by US President Joe Biden on Monday.
Lifestyle
1 month ago

Five facts about tonight’s supermoon, the brightest of the year

SA stargazers with clear skies are in for a treat with the big, bright appearance of a supermoon after dark on Wednesday.
Lifestyle
1 month ago