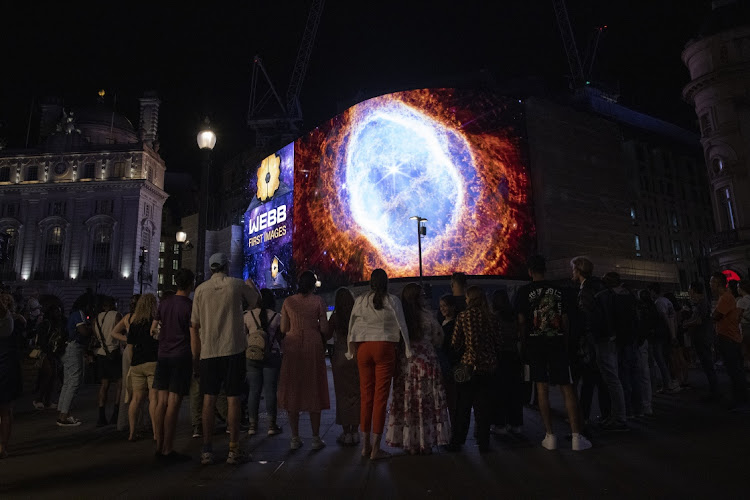 A general view of the broadcast of Nasa's first images from James Webb Space Telescope to screens in Picadilly Circus on July 12 2022 in London, England. The imagery was also broadcast to screens in Times Square in New York as part of a global collaboration between Landsec and Nasa.
Image: Ricky Vigil Moran

Nasa has unveiled more full-colour images from its James Webb Space Telescope, giving the world another look at the early universe.

On Monday US President Joe Biden released the debut photo, an image of a galaxy cluster.

The White House sneak peek of Webb’s first high-resolution, full-colour image came on the eve of a larger unveiling of photos and spectrographic data Nasa planned to showcase at the Goddard Space Flight Center in Maryland.

The $9bn (about R153bn) Webb observatory, the largest and most powerful space science telescope ever launched to space, ushered in a revolutionary era of astronomical discovery.

More images were released on Tuesday at a live event, with the images beamed worldwide at different locations around the world.

The first photos, which took weeks to render from raw telescope data, were selected by Nasa to show off Webb’s capabilities and foreshadow science missions ahead.

Below are an inaugural batch of images captured by the telescope. 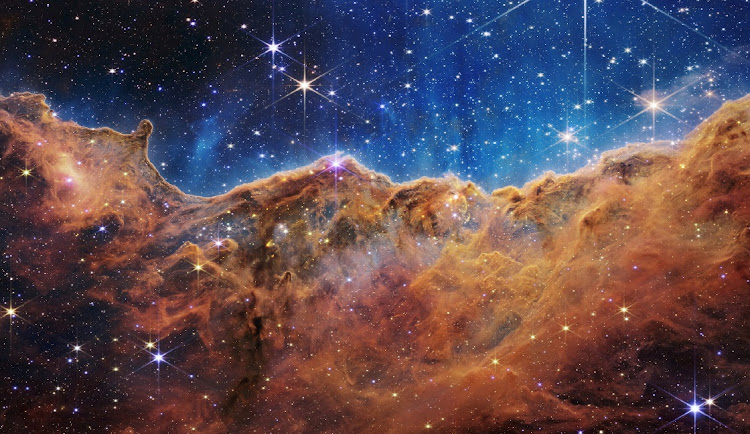 The 'Cosmic Cliffs' of the Carina Nebula in an image from Nasa's James Webb Space Telescope, a revolutionary apparatus designed to peer through the cosmos to the dawn of the universe.
Image: Nasa 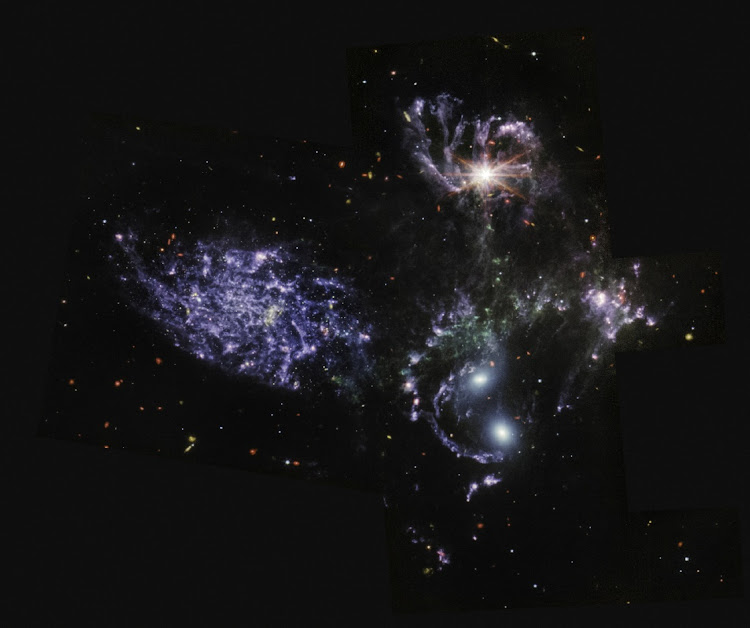 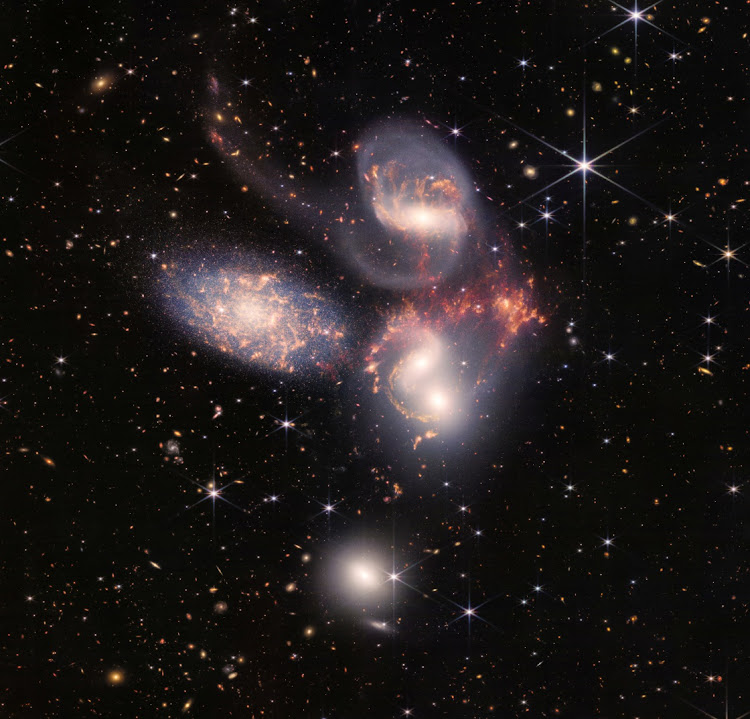 A group of five galaxies that appear close to each other in the sky - two in the middle, one toward the top, one to the upper left, and one toward the bottom - in a mosaic or composite of near and mid-infrared data from Nasa's James Webb Space Telescope.
Image: Webb ERO Production Team/Handout via Reuters 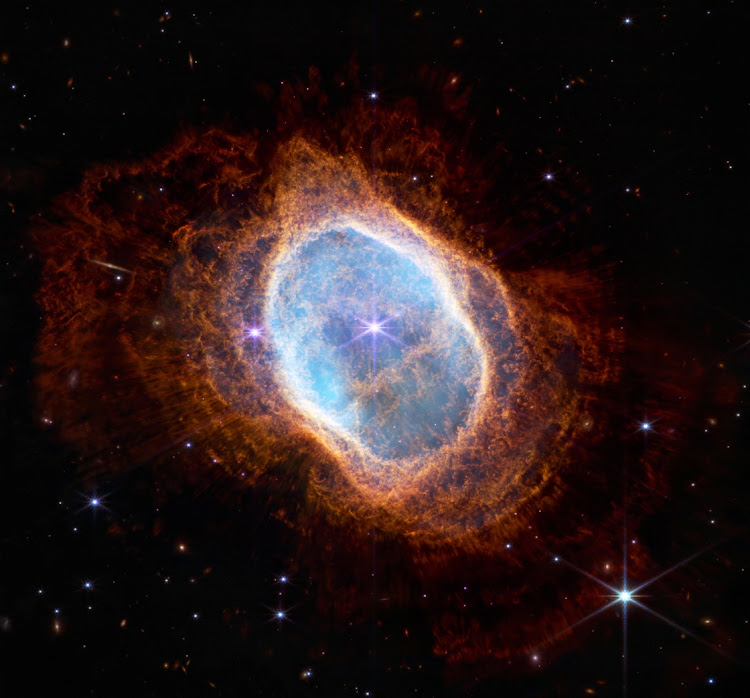 An observation of a planetary nebula from the NIRCam instrument of Nasa's James Webb Space Telescope
Image: Webb ERO Production Team/Handout via Reuters 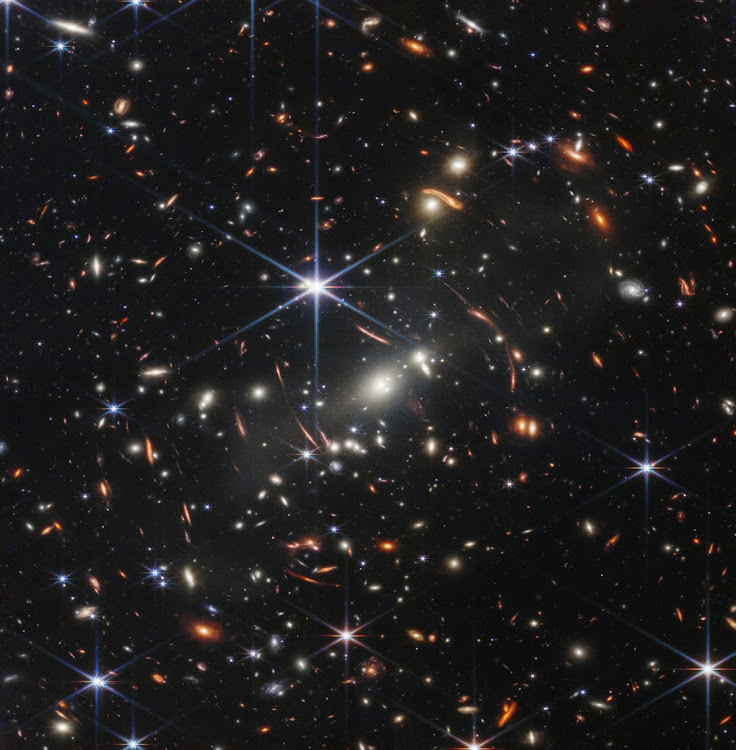 WATCH | ‘New window into the history of our universe’

Nasa has unveiled the first full-colour image from its James Webb Space Telescope, a revolutionary apparatus designed to peer through the cosmos to ...
Lifestyle
1 month ago