'The only thing we are on Earth for is to reproduce,' the SA engineer quipped 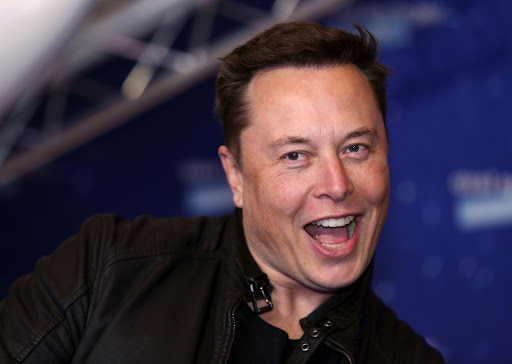 It appears to be a case of “like father like son” for the Musks, as reports emerge that Elon Musk's father has sired another child — with his stepdaughter no less.

The Musk patriarch, 76, secretly welcomed a second child with stepdaughter Jana Bezuidenhout, 35, back in 2018 but has only confirmed the news now to British tabloid The Sun.

The duo already share a four-year-old boy, Elliot Rush, who was born back in 2017.

Errol told the publication that the pregnancy was “unplanned” but seemed unfazed by his growing brood, bragging that “the only thing we are on Earth for is to reproduce”.

Errol and Jana, whose mother was Errol's second wife, are no longer together due to the 41-year age gap between the two, he told the publication.

The SpaceX chief welcomed the babies just weeks before the arrival of his second child with former partner Grimes.
Lifestyle
1 month ago

This is the South African engineer's seventh child. He shares Elon, Kimbal (the entrepreneur targeting the US's reliance on fast food) and daughter Tosca, a film producer and director, with first wife and high school sweetheart Maye Musk.

Errol's elder children were reportedly furious to learn of his relationship with Jana, with the 76-year-old confirming that his other daughters still found it “creepy” and are still not comfortable with it.

His relationship with Elon meanwhile, remains estranged, according to the site, with the SpaceX boss previously branding his father a “terrible human being”.

Despite this, the two seem to share a common goal to “help the underpopulation crisis”, as Elon quipped on Twitter after the news of his twins' birth.

Reports emerged earlier this month that the SA-born billionaire secretly welcomed twins with a top executive at one of his companies back in November. He also has eight other children from previous liaisons.

His daughter, Vivian Jenna Wilson, was recently granted her request to legally change her name and gender recognition.

The 18-year-old filed a request to change her name in accordance with her new gender identity and because “I no longer live with or wish to be related to my biological father in any way, shape or form”.

Twitter said its service was back online following a major outage on Thursday that kept thousands of users across the globe from accessing the social ...
News
1 month ago

Twitter lawyers say they can prevail over Musk in four days

The video of Elon Musk talking to his newborn baby has garnered over four million views on Twitter.
Lifestyle
2 years ago