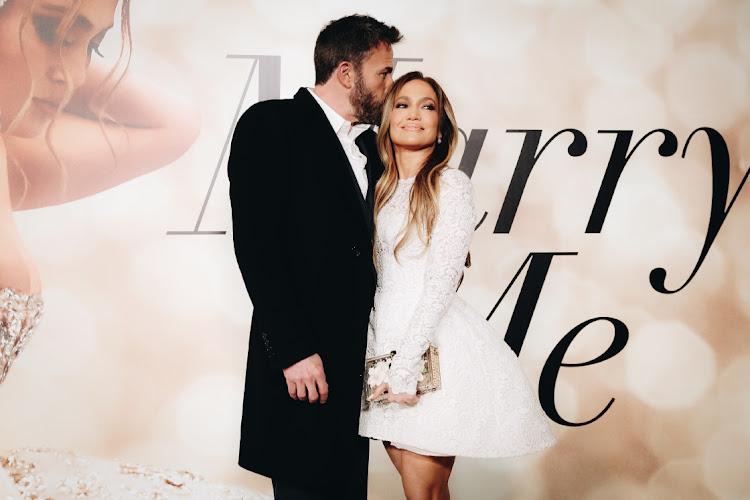 Singer Jennifer Lopez and actor Ben Affleck have married in Las Vegas, media reported on Sunday, after the celebrity couple rekindled a romance almost 20 years after they first got together.

The couple announced their matrimony in a newsletter from Lopez revealing that they flew to the desert city in Nevada to gain a marriage license and wed at a chapel late Saturday, according to People Magazine.

"Love is beautiful. Love is kind. And it turns out love is patient. Twenty years patient. Exactly what we wanted," Lopez said in the newsletter, the outlet reported.

A representative for Affleck could not immediately be reached for comment. Phones rang unanswered at Lopez's talent agency Creative Artists Agency.

A marriage license was obtained in their name from Clark County dated Saturday, July 16, according to document details posted online by the county clerk's office.

Lopez posted a photo on social media depicting her in a bed while sporting a silver wedding ring.

Affleck and Lopez, a glamorous duo widely known as "Bennifer," got back together last year after almost 20 years. They got engaged in April of this year.

In 2002 Affleck gave Lopez a large 6.1-carat pink diamond engagement ring, but they abruptly called off their wedding in 2003 and split up a few months later.

Bennifer is back — and this celeb relationship is the balm

And the nominees are: Razzies relegate these boondoggles to the boondocks

‘Diana’ has been ‘honoured’ with nine nominations, while Bruce Willis receives his very own category
Lifestyle
6 months ago