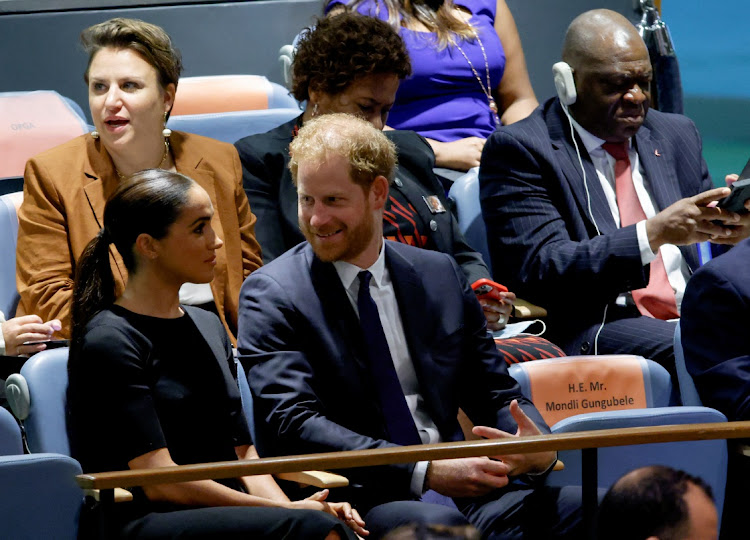 The Duke of Sussex, Prince Harry, has spoken about the special place Africa holds in his heart, revealing it was his “lifeline” and a place where he “felt closest to my mother”.

Harry paid a moving tribute to the continent in his speech at the UN on Nelson Mandela International Day.

The prince addressed an informal gathering of the general assembly and used his speech to talk about climate change, Russia's invasion of Ukraine and the reversal of constitutional rights in the US among other issues.

He also spoke of his fondness for Africa, describing the continent as his “lifeline”, saying: “It's where I felt closest to my mother and sought solace after she died, and where I knew I found a soul mate in my wife.”

Harry also mentioned a 1997 photo taken in Cape Town of Mandela and his late mother, which he said hangs on his wall. “When I first looked at the photo, straight away, what jumped out was the joy on my mother's face. The playfulness, cheekiness even, pure delight to be in communion with another soul so committed to serving humanity.”

Harry and Meghan, who wed in 2018, live in California, US, with their two children after quitting royal duties in 2020.

The duo's move sparked tension with the royal family, with Harry's relationship with his brother and father becoming strained as a result of a bombshell interview with Oprah Winfrey.

Britain's Prince Harry spoke on Monday at the United Nations about seeking insight from the late Nelson Mandela during a time of global uncertainty ...
Lifestyle
1 month ago

Just as Mandela did, he loves sport, and though he's in exile rather than prison, who better to deliver a UN Mandela Day address?
Lifestyle
1 month ago

Wife Meghan will be by his side as he gives keynote speech before informal gathering of the UN General Assembly.
Lifestyle
1 month ago