WTF is Going On?

Bezos is half-mast, his boat stuck twixt his ego and a hard place in Rotterdam

The billionaire has built a superyacht that is a floating testament to his virility, but he can’t get it up and running when a bridge stands in the way 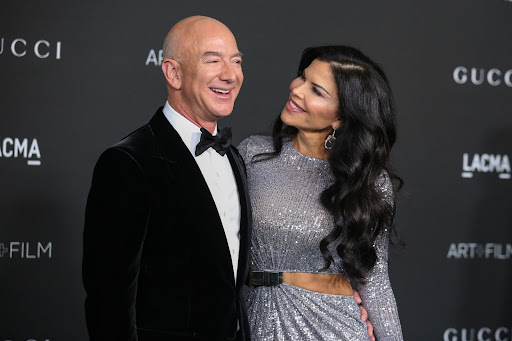 What do you do if you plan to live forever (or at least until your new six pack runs down)? If you’re Jeff Bezos you trade in your old wife for a shinier, more pneumatic model — less prone to giving away your fortune and more dedicated to maximising your presence in the here and now.

In fact, there are many ways to maximise your presence: you build a suggestive-looking rocket ship and get into a pissing contest with a bunch of other billionaires racing to find a way off the overheating planet. And then you conquer the various elements — air, earth and ether; substantial corners of the internet; and Ukraine ... no, sorry, I’m mixing up my oligarchs. You decide to conquer the sea, not on a quest to traverse it by rowing alone for 40 days across the Atlantic or funding an expedition to a lost island in the Galapagos, but by building the biggest most f-off, “mine is bigger than yours” superyacht.

To his credit, Jeff isn’t showy. After all, you have to be subtle with your excess or people will say nasty things about your appendages. He’s not rolling with the Crown Prince of Abu Dhabi. His is the biggest of the biggest — The Azzam is 180m long. On this season of Billionaire Watch, Jeff is taking certain smaller players such as Barry Diller, founder of the Fox Broadcasting Company, to the cleaners. Barry’s yacht, the EOS, is 93m long. It cost $200m and has a pool and a figurehead of his wife, Diane von Furstenberg, so that his 16 guests (that paragon of philanthropy Prince Harry for example) and 21 crew know who to thank for their floating pleasures.

Just as Mandela did, he loves sport, and though he's in exile rather than prison, who better to deliver a UN Mandela Day address?
Lifestyle
3 weeks ago

Then come the smaller players, people such as Oracle co-founder Larry Ellison’s little punt, at 88m, which cost $160m with a spa, a pool and an outdoor gym. So Jeff has a handle on what he is up against. His yacht, now called Y721, comes in at a cool $500m, has three deck levels, a pool, a helipad and a fancy shmancy propulsion system that’s apparently eco-friendly. He can host 18 guests and service them with 40 crew members, running the whole operation at a snip — $25m a year. Its length is the pièce de résistance — it’s a 128m floating testament to his virility and it has three kickass masts.

There’s just one little problem. It’s stuck in Rotterdam harbour — there’s a pesky bridge in the way — where it’s being built by Oceanco. Being a man of means, action and a fabulous six pack, Jeff wanted to take down the centuries-old Koningshaven Bridge known as De Hef and float his boat out of there and onto the high seas, where it could take its rightful place among the biggest and best.

But the irksome Dutch said no. They started a petition and threatened to pelt the Y721 with rotten eggs. A local politician, Stephan Lewis, tweeted the general feeling and local disposition: “This man has earned his money by structurally cutting staff, evading taxes, avoiding regulations, and now we have to tear down our beautiful national monument? That’s really going a bridge too far.” I fear Jeff is flying half-mast at the moment because the boat is stuck between his ego and a hard place. That other oligarch has a solution for this sort of thing: bombing the shit out of them. But that’s not for everyone.

I wish I was a Twat. Instead, I’m back to five days a week in the office

Let's take a leaf out of the Romans' book. They ran a remarkably successful empire working from home.
Lifestyle
1 month ago

Naughty Nick Kyrgios is bringing the bad temper back to tennis

Between America’s return to the weird past and stage 6, it’s Salem out there

In order to transcend all this, I'm thinking about that hermit in Japan
Lifestyle
1 month ago