IN PICTURES: Behind the seams of the new Miss SA's pageant wardrobe 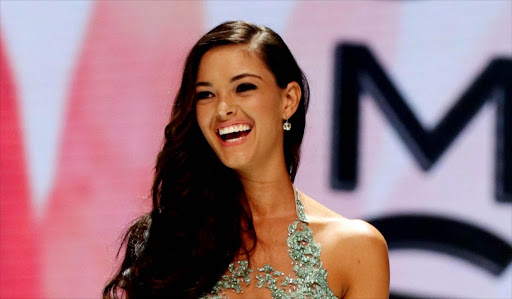 Winning Miss SA 2017 must have been a dream come true for Demi-Leigh Nel-Peters in more ways than one.

Not only did she bag the title, a glittering crown and prizes worth a whopping total of R2-million rand — including R1-million cash! — but she also had the opportunity to wear several custom gowns by local A-list designers during the pagent.

And, according to a press release, the new Miss SA enjoys playing dress up. "My ultimate 'me time' would definitely be getting ready in the morning. I love being a girl and playing around with make-up or trying new hair styles when I have time," Nel-Peters says.

The 21-year-old cut an elegant figure as she stepped onto the stage for the first time in a figure-hugging white gown by Leonard Lindeque of Leo Validus.

Next she showed off her sporty side in a hot pink-and-black two-piece swimsuit.

She looked pretty and poised in a ballerina pink, tea length gown, which was inspired by the pageant's protea emblem, and created by a final year design student from the University of Johannesburg.

Celebrity designers Quiteria Kekana and George Malelu of Quiteria & George created something a bit saucier for Nel-Peters to wear: an inky, off-the-shoulder dress which brought to mind a babydoll negligee.

Botha was tasked with dressing all 12 of the top contestants for the finale. The inspiration behind the gowns, she says, was the pageant's protea-and-diamond emblem. She explains that her use of sheer fabrics and Swarovski crystals are a nod to a diamond's translucence and sparkle, while the pastel colour palette, flowing skirts and floral details reflect SA's national flower.

Each dress was also custom-designed to fit each finalist's personality. "Demi-Leigh's a girly girl, but she's also a strong woman," says Botha, explaining that she highlighted these two sides to Nel-Peter's character by creating a gown that both conceals and reveals her figure. While her choice of colour and fabric reinforce the fact the the new Miss SA is "ladylike and feminine".