The other woman behind SA's iconic Leopard Frock label

Creative director Lezanne Viviers runs with the spirit of her mentor, Marianne Fassler 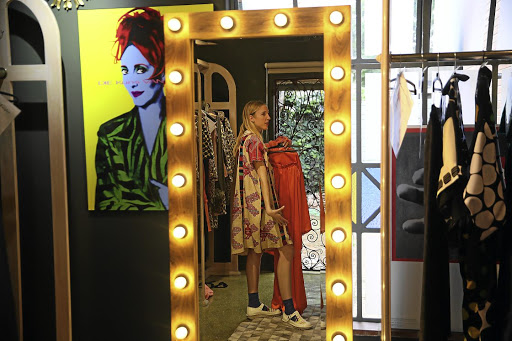 Whimsical elegance rooted in an African aesthetic, extravagant embellishments, tons of prints and an unmistakable edge are a few things that come to mind when one thinks of Leopard Frock, the renowned designer Marianne Fassler's label.

After four decades the undisputed grande dame of South African fashion remains a force in a sometimes creatively challenged landscape - and the house's most recent spring-summer collection was perhaps the most revered of everything presented at the recent Mercedes-Benz Fashion Week Joburg. 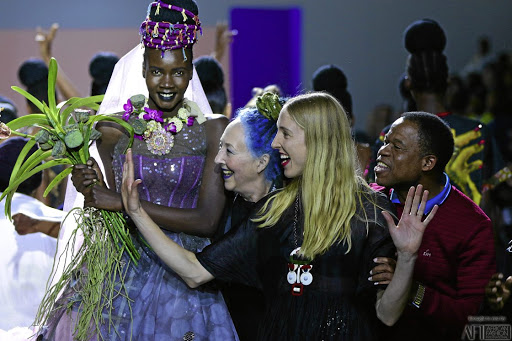 Credit is due in part to Fassler's creative director, Lezanne Viviers.

Having started as an assistant to Fassler, Viviers climbed the ladder to creative director three years ago and is now responsible for both the creative and technical aspects of every new collection.

"I originate and communicate the concept and come up with the overall details, colours and silhouettes," she says.

Viviers graduated from the Elizabeth Galloway Academy of Fashion in Stellenbosch in 2010 and immediately packed her bags for Johannesburg.

"I realised life in Stellenbosch was too beige for me so I migrated to the colourful streets of Jozi, which I now love to call my home."

She began interning at both the now-defunct Tiaan Nagel label and at Marianne Fassler, where she has remained.

Speaking of her mentor and current employer, Viviers calls Fassler "one of the most generous humans I know".

With a total of 25 shows over 3 days, Mercedes Benz Fashion Week Joburg was a show of African design talent at its best
Lifestyle
4 years ago

"Her empathy towards her staff, her clients and anyone she meets on a day-to-day basis is something that inspires me. Marianne has a lifetime of knowledge, not only in fashion, but she also knows Johannesburg like the back of her hand.

"She has encouraged me to start my own personal art collection, supports all my wildest dreams of travelling and is one of the best saleswomen I know."

With 40 years in the industry, there's absolutely no doubt that Fassler is perfectly placed to pass down a lot of valuable knowledge and lessons to anyone she mentors.

For Viviers, it's been a "priceless" contribution to her personal and professional growth.

Don't try to be anything other than who we are. We are not static, but strive to always be dynamic. We always learn

At a time when South African fashion faces the twin challenges of a slowly changing public perception towards its credibility and affordability and the ever-escalating entry of global luxury conglomerates, it remains to be seen how far into the future brands such as Fassler's Leopard Frock will survive, but one thing is not in doubt: it will take vision and trust for the older generation of designers to be able to leave behind an enduring legacy.

For now, it would seem, in Viviers, Fassler has been able to identify someone with the potential to carry her legacy well into that uncertain future.

I ask Viviers what it is she thinks makes Leopard Frock stand out from the rest, to which she responds with a quote from Fassler: "Don't try to be anything other than who we are. We are not static, but strive to always be dynamic. We always learn.

"The brand is an effortless, fun and original South African label that prides itself in producing collectable garments in an ethical fashion space."

Fashion label Ruff Tung celebrated women of all sizes during its show at Mercedes-Benz Fashion Week on Saturday night at Mall of Africa in Midrand, ...
TshisaLIVE
4 years ago