From porcelain florals to athleisure and even a dash of the 90's in high-shine bomber jackets, New York Fashion Week was a mix in styles and tastes 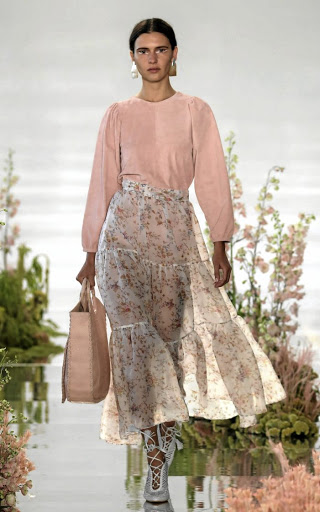 A month full of presentations still lies ahead, but there are already some style takeaways that will influence wardrobes next year.

This season's patterns are chintzy cup-and-saucer sort of florals with modest silhouettes. Yes, you might match your china cabinet - but in the best possible way.

Have the designers who showed at New York Fashion Week all been eating at the same gelateria? Variations on the same pastel shades popped up again and again - pistachio, lemon, cornflower blue and lilac.

One block of colour will do, but two shades clashed together are even better - try mint green with lavender.

Just as we spent this past season attempting to fit ruffles underneath jackets, so we'll spend next season addressing fringed edges.

Victoria Beckham showed pleated mid-calf skirts - a bit kilty, but very office-appropriate and in a variety of colours. Wear them with knee-high boots. 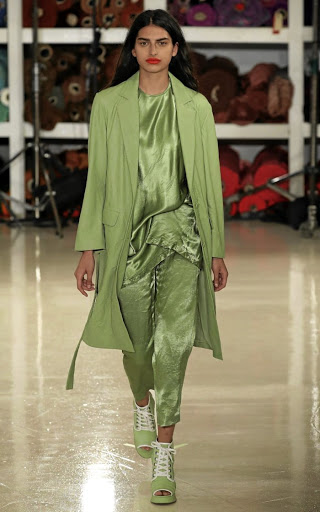 This has become a runaway trend over the past few seasons, usually combining vibrant prints with pyjama comfort.

Wearing a matching shirt and trouser set can be tricky though - get it wrong, and you'll look like you dashed out when the fire alarm went off. Pair with flat mules - the closest thing to slippers.

One of the greatest sports at any fashion week is spotting which fashion heydays the designers are riffing off of, and which era's silhouettes they will be asking us to revisit for the new season.

Tom Ford was tipping the 1990s - all high-shine bomber jackets and high-cut leotards - while at Diane von Furstenberg, designer Jonathan Saunders was putting his new spin on the greatest hits of the 1970s.

Often, catwalk spins on denim are deconstructed, ripped, paint-splattered and a bit much for everyday life. AW18's smartened-up denim is the exception. 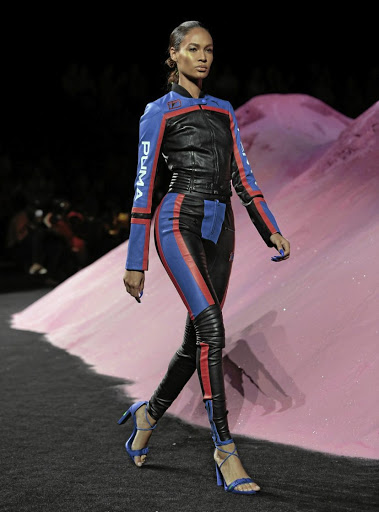 The sportswear trend is still going strong, but designers are savvily moving things on for the new season.

Rihanna's Fenty X Puma show took its cue from the world of motocross, evidenced in cargo trousers and zip-front bodysuits, plus a troop of stuntmen who flipped and skidded over fuchsia dunes on the runway.

9. EVERY BODY IS WELCOME

Pregnant bellies, wrinkles and curves were catered for. Alexander Wang aimed to make its shows inclusive - a good start to what is hoped will be the most diverse season to date.

Fashion designers take the plunge as cleavage makes a comeback

For some, cleavage is a feminist statement; for others, it's just a fashion choice. Either way, it's time to undo a few buttons
Lifestyle
4 years ago

Pinks, blues and yellows - there's no limit to the hues you can play with this spring
Lifestyle
4 years ago

Hair styling guru predicts the return of the perm (for men too!)