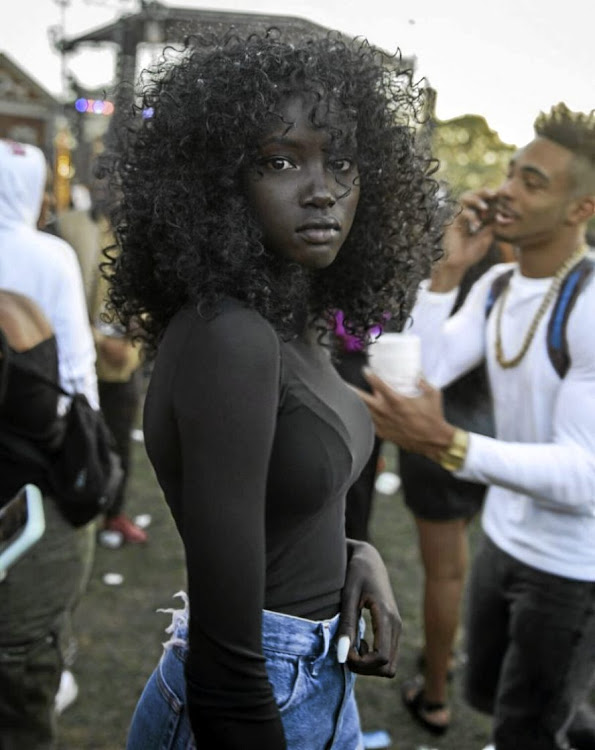 The viral image that turned Sudan's Anok Yai from an unknown student into a Next model sensation.
Image: Supplied

An image that's gone viral has turned Sudanese beauty Anok Yai from an unknown into a model sensation.

As a biochemistry student at Howard University in Washington DC, Yai went to her homecoming weekend only to be snapped for a street style image by the photographer Steven Hall, who shared it on his popular Instagram account, @thesunk.

The image racked up more than 19,000 likes and, unexpectedly, Yai received thousands of new followers. "I first saw the photo after my phone started getting the notifications," she said.

Kyle Hagler - the president of Next Management - soon met Yai and immediately signed her to the agency.

Hall has since posted a short video of Anok's first official shoot on Instagram, accompanied by the caption: "Meeting Anok on the Yard during homecoming was serendipitous ... That day has changed both of our paths and she’s inspired me. Definitely wishing her well on her new journey, she’s going to kill it ... P.S. no one will ever have a problem pronouncing her name by next year. Lol."

This Style Award is for all the girls who didn’t fit in, says LootLove

"It’s my night, I won, so I think I’m allowed to look like a bride. I look like a winner," said Luthando ‘LootLove’ Shosha of the regal Rubicon gown ...
Lifestyle
3 years ago

Flaw-some! Local designers are embracing the trend to use 'real' models

Tattoos, skin conditions, love handles and nose rings. It may sound like the crowd at a weekend farmers' market, but it is increasingly becoming the ...
Lifestyle
3 years ago

10 of the best local beauty products - priced from just R130!

Call it bragging, but we are pretty confident knowing that some of the best products we use are locally produced. Here are 10 of the Sunday Times ...
Lifestyle
3 years ago

Makeup artist to the stars, Sir John, dishes on working with Queen B, the most flattering red lipsticks and more
Lifestyle
3 years ago