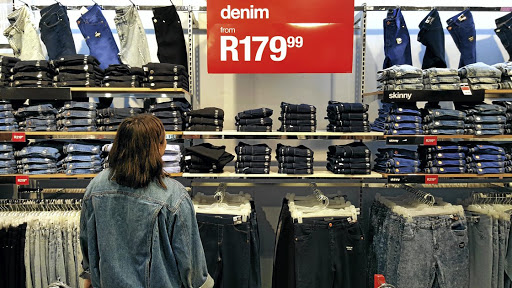 If you're a woman, shopping for clothes is like playing roulette - you have no idea what number you'll end up with. At one shop you're a 10, at the next a 12, maybe even a 14.

In the UK, retailers have finally decided to pick apart a problem that has consumers returning up to half of everything they buy. After measuring 30,000 women, they're aiming to devise a standard size chart that will take the guesswork out of trips to the fitting room.

Experts and shoppers in South Africa are calling on local retailers to develop a similar chart, while also catering for the diversity of body shapes.

Josephine Kasambala, a consumer studies expert at Unisa who has researched the problem, said South Africa needed an Mzansi-flavoured equivalent, because sizing standards used here had been "adopted from British, European and American systems".

She said: "There has been a lack of anthropometric data to describe the civilian population in South Africa. The only sizing chart developed in South Africa is from specialist groups such as the South African National Defence Force."

Nthabiseng Majara, a nurse in Johannesburg, is probably not alone in her frustration. "The same size is different in all the shops. Then you get the shop assistants always making excuses saying the clothes have a big cut or a small cut. It is so annoying," she said.

"I even experience the same when shopping for my daughter, who is 17. It's like having hips and bums is a sin."

I even experience the same when shopping for my daughter, who is 17. It's like having hips and bums is a sin

Kasambala's research found that women in South Africa "find it hard to purchase anything without trying it on". Having to try on so many garments before heading to the tills "takes away the pleasure of shopping".

Another issue was that manufacturers did not cater for different shapes. "Most still base their measurements on a selected few body shapes. This does not accommodate the diversity of female body shapes that exist in South Africa," she said.

Donna (formerly Donna Claire) saw a gap in the market 25 years ago and began catering for the fuller figure. Its ranges also cater for different shapes and cuts.

Now, said marketing manager Sheri-Lee Carver-Brown, the chain was moving away from the term "plus-size" and saying "fit for you" because "customers don't like labelling themselves", and there is no need to put a label to a group of women who are actually in the majority.

"This is your norm," she said. "It's not a niche market or a minority."

Carver-Brown said Donna's customer base was growing as "more people are looking for clothes that really suit their body".

Woolworths came under fire two years ago when The Kiffness band member David Scott posted pictures on social media of a mannequin with skinny legs.

He wrote: "I have had your chicken kebabs & they're delicious but yoh man, your kebab sticks are thicker than your mannequins' legs. No wonder my wife keeps asking if she looks fat in her jeans. Shame on you!"

Late last year, the retailer stood by model Lesego "Thickleeyonce" Legobane, who was fat-shamed on social media over a video showing her on the runway at South African Fashion Week. The taunting was so cruel, she said, that she had been "physically sick".

Kirsten Hewett, Woolworths's head of communications, said: "It is unacceptable in this day and age that someone would be bullied because of how they look or how they carry themselves. We are trying to embrace all women, and people are bringing others down."

The group "strongly condemned any bullying" and said it would continue to use Legobane as an ambassador.

With research showing that "clothing manufacturers are failing to produce proper-fitting garments" because of sizing and shape, Kasambala said it was time to go back to the drawing board rather than picking on anyone who is not skinny and straight up and down. 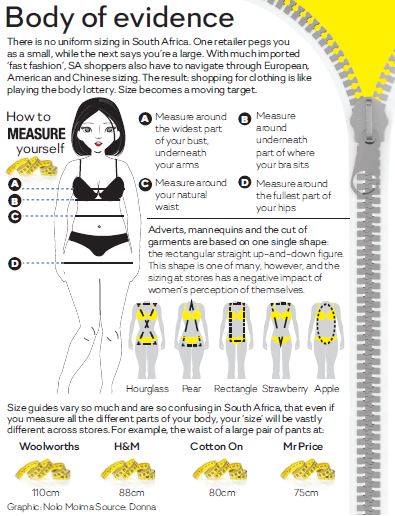