Weave snatching: it's a real thing & women are scared 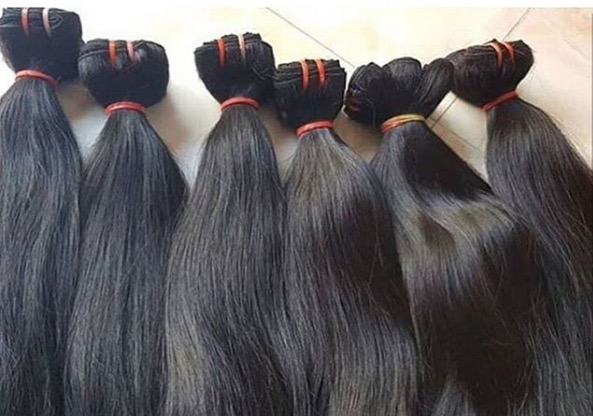 Weave snatching is something many women fear when walking around.
Image: Instagram/Nero's Hair

There's a moment of relief that comes with taking off your wig after a long day of serving looks is unmatched, but it comes at a high price.

Weave snatching has become a common act as culprits see a lucrative market in re-selling the weaves. Just recently eyewitness recalled that when Sbahle Mpisane was involved in a near-death accident, a woman removed the socialite's wig and fled the scene.

Weaves can cost between anything from R1,000 to R10,000 depending on the quality and length. Hair extensions made with 100% natural hair cost much more than those made with synthetic material.

Ntaoleng Lechela (23) described to TimesLIVE how her weave was almost snatched in Sandton. "I was on the platform at the Gautrain station in Sandton. As I'm boarding the train, I feel someone pulling my hair from the back. My weave is glued down in the front and I can feel someone pulling it back, trying to remove it. I turn to see who the person is and they start walking away. I follow her asked 'why are you pulling my hair?' She said she was just trying to feel the texture and walked away."

Women who have been targeted say they feel more vulnerable in crowded areas like city centres, malls and train stations.

Nthabiseng Ndhlovu (28) has taken safety measures after her wig was almost stolen at Noord Taxi rank in downtown Johannesburg.

"I make sure my wig is a clip-on. I wear a hat or a scarf, even if it's 30 degrees. They can see the quality of your weave from a distance. They work in groups so you hear them whistling to each other."

Ndhlovu told TimesLIVE she avoids Joburg central "like the plague" because of her concerns over her weave being stolen.

Good morning to everyone except whoever stole my hair extensions off my stylist’s porch😤. Guess you could say I got my weave snatched...🤣🤬

They stole my sisters weave in town

I was waiting for my sister by the taxi rank with my baby brother. A guy that was passing by pulled my wig. Everything happened so fast. Someone that saw everything from afar shouted "yemka i-wig." My baby brother caused a scene. The guy said ebedlala. We forgave him.