The best sparkles at this year's race day were on the guests, not in the champagne bottles 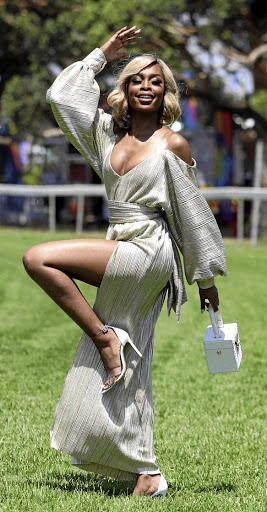 The world's fastest man might have hung up his boots for good after his attempt to move from track to football field failed, but that hasn't stopped Usain Bolt from drawing a crowd.

And the Jamaican triple world-record holder did just that when he touched down by helicopter in the middle of Kenilworth Racecourse in Cape Town on Saturday just half an hour before the running of the Sun Met.

Usain, in town as ambassador for a French champagne that co-sponsors the event with Sun International, led the celebrity pack for what is touted as Africa's richest race day.

And with this year's theme being "African Luxury: Precious Metals", racegoers found themselves almost unanimously breaking what used to be one of fashion's firmest rules: sparkles are strictly for evening, not day wear.

Then again, some rules are meant to be broken - and most fashion plates did try to dress more elegantly.

Take newly engaged Liezel van der Westhuizen, who turned up in a black leotard-style top finished off with a dramatic black and gold skirt, all designed by Cape Town's Jacques le Grange. One of the first to arrive was supermodel Mala Bryan, glowing in a gold dress she designed herself.

In came an entourage, many of whom also wore something metallic, including MTV presenter Kim Jayde Robinson and actresses K Naomi and Kamo Modikaseng.

I asked K about her pleated dress, featuring a sky-high slit. "I shine all the time," she said.

Also in gold (but with a more architectural bent that might not be to everyone's taste) was Boity Thulo in a dramatic Jessica Molebatsi gown. 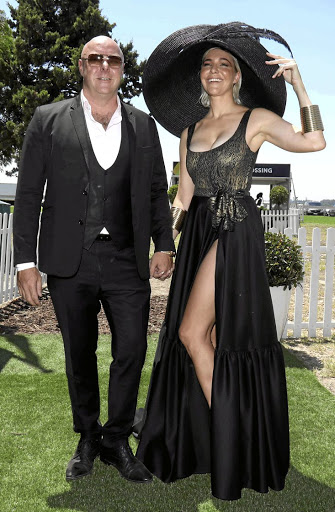 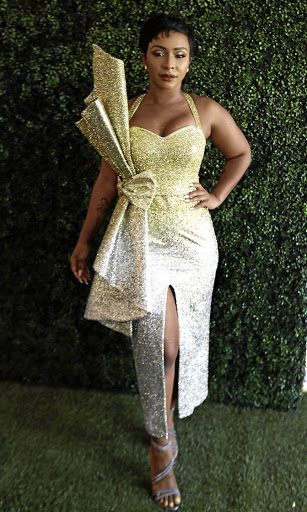 When it comes to the blokes, Top Billing presenter Chris Jaftha went for an ombré look in his black and white tuxedo, and Somizi Mhlongo arrived with his toyboy fiancé Mohale Motaung.

Sadly, though, no sight of Miss Universe Demi-Leigh Nel-Peters, who also got engaged earlier this year - in her case to US football quarterback Tim Tebow.

One of the plusher tents had to be the Glenlivet Jazztown marquee, where songbird Lira, Micasa and the Soweto String Quartet wowed the audience. 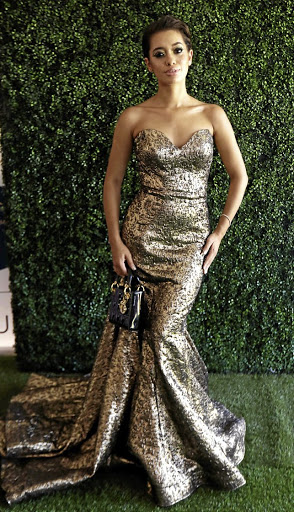 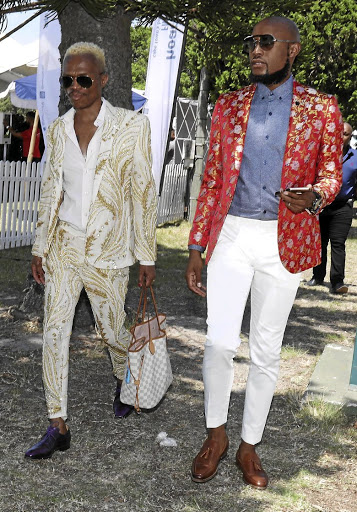 And as for the tipple bearing his name that the famed Olympian launched while in the country?

Methinks it's best to keep mum because Usain's Olympe Rosé might sound grand, but with its sickly sweet taste it's bound to be a miss with true champagne aficionados.

CELEBS SHOW OFF THEIR SUN MET LOOKS ON INSTAGRAM:

Dripping in gold: Minnie, Boity and Rolene did the most at the Sun Met

Minnie and Boity: What happens when power women unite
TshisaLIVE
2 years ago

It's time for a day at the races! The Sun Met is taking place at Kenilworth Racecourse in Cape Town on Saturday.
Lifestyle
2 years ago