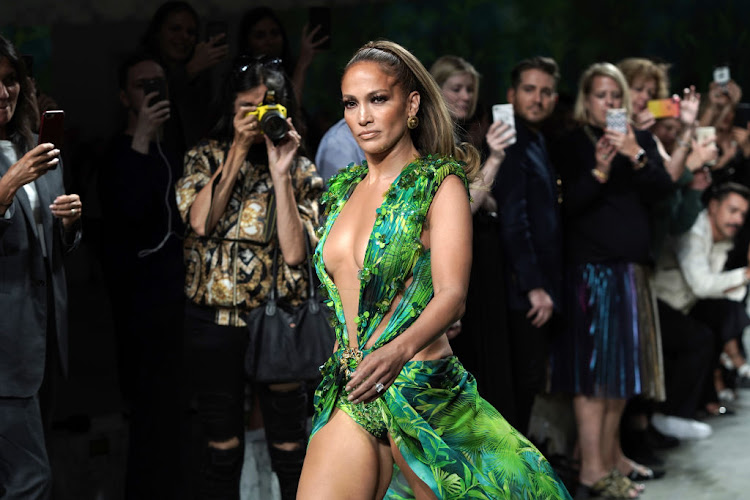 Jennifer Lopez receives a rapturous reception from the crowd as she struts the catwalk at the Versace Spring/Summer 2020 show at Milan Fashion Week.
Image: Vittorio Zunino Celotto/Getty Images

When Jennifer Lopez arrived at the Grammy Awards in 2000 wearing a jungle-print Versace dress with a daringly deep plunging neckline, she not only made fashion history, but tech history too.

The gown was such a talking point that masses of the people scoured the internet trying to find snaps of it. So much so that it's credited as having sparked the idea for the creation of Google Image Search.

That's because the celeb, who recently turned 50, donned a near identical dress during the Versace show at Milan Fashion Week on Friday — and she looks just as amazing now as she did back then.

The original garment was more robe-like, whereas the 2019 version is sleeveless and has gained some sparkly embellishments on the shoulders. 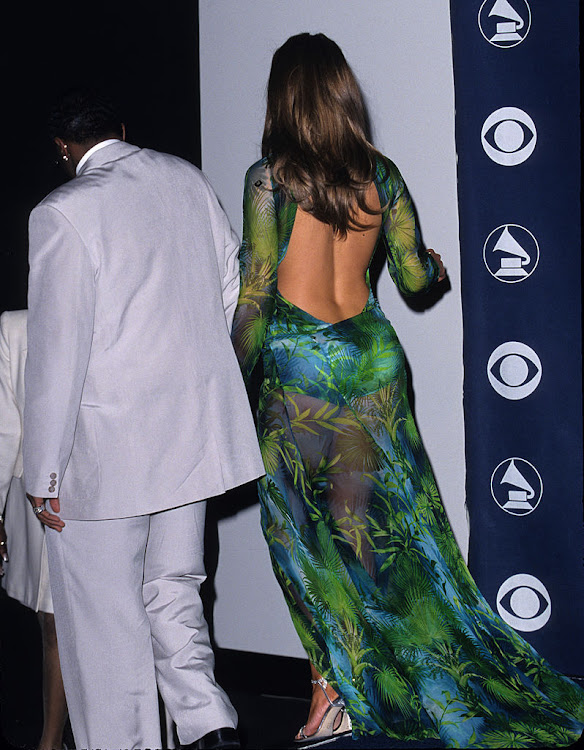 THEN Just like the 2019 reboot, J-Lo's original green Versace gown was backless, but as it had long sleeves it felt less revealing.
Image: S Granitz/WireImage/Getty Images 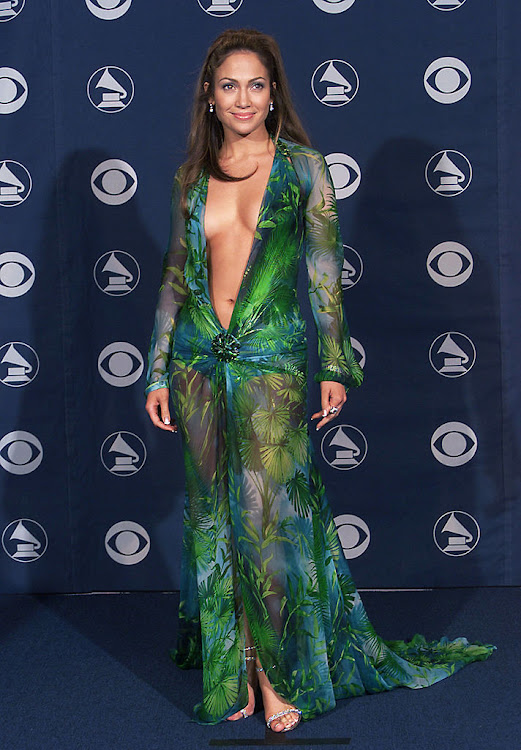 THEN Jennifer Lopez at the 2000 Grammy Awards in the green Versace dress that changed the way people search on Google.
Image: Scott Gries/ImageDirect/Getty Images 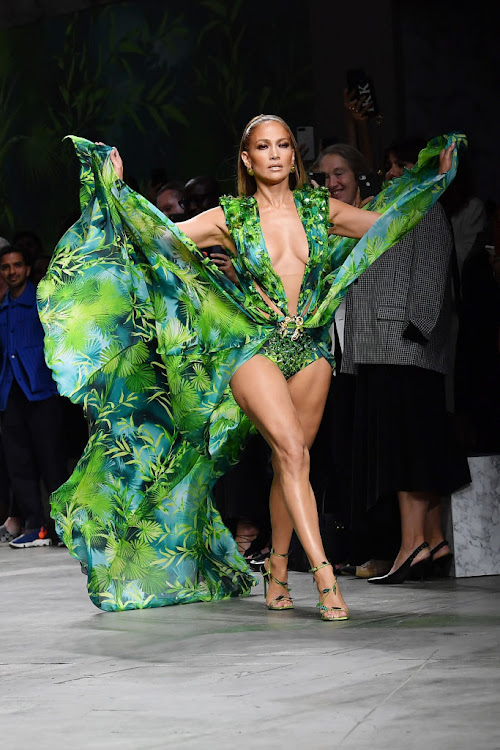 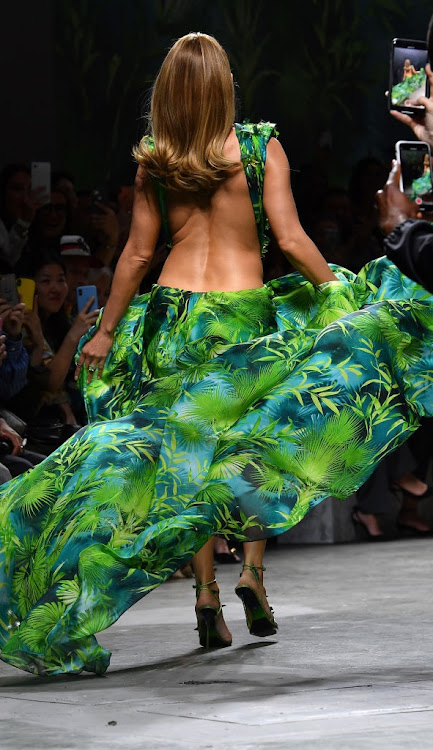 To pay homage to the 20th anniversary of this iconic garment next year, the Versace Spring/Summer 2020 collection featured an array of other outfits in the same vivid tropical print, from shorts to suits. 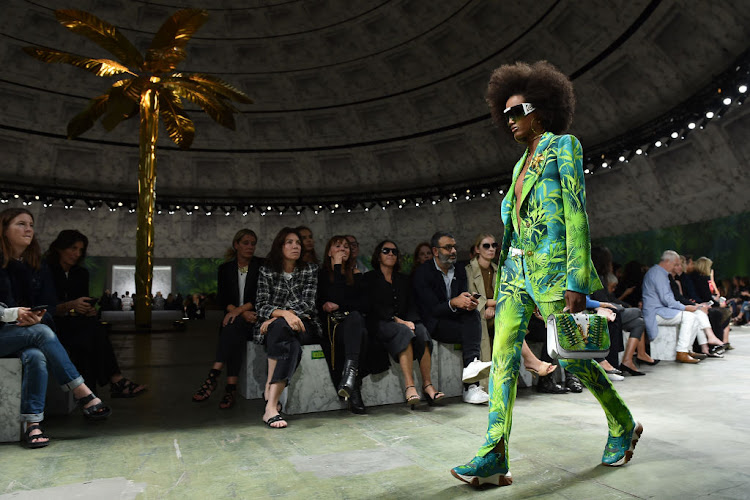 A model walks the runway in a tropical print suit that gives a nod to the iconic dress J-Lo wore to the 2000 Grammy Awards at the Versace Spring/Summer 2020 show during the Milan Fashion Week.
Image: Jacopo Raule/Getty Images 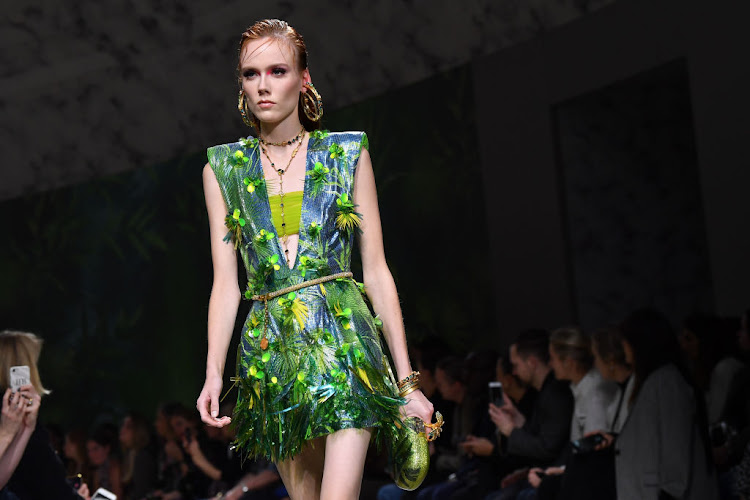 The historic outfit has also been reinvented as a pair sneakers as part of Versace's limited-edition Chain Reaction range.

"I'm excited! Twenty years ago, I wore a certain dress and it kinda made a little bit of a splash," said Lopez moments before she made her catwalk cameo in a video live-streamed on social media.

Judging from the standing ovation J-Lo received as she strutted the runway, it's fair to say that that dress has made a splash again.

If you're willing to splash the cash, you can wear that iconic piece of fashion history on your feet
Lifestyle
2 years ago

For his New York Fashion Week debut on Thursday, lauded local designer Laduma Ngxokolo of MaXhosa showed a collection titled 'We Are Kings and ...
Lifestyle
2 years ago