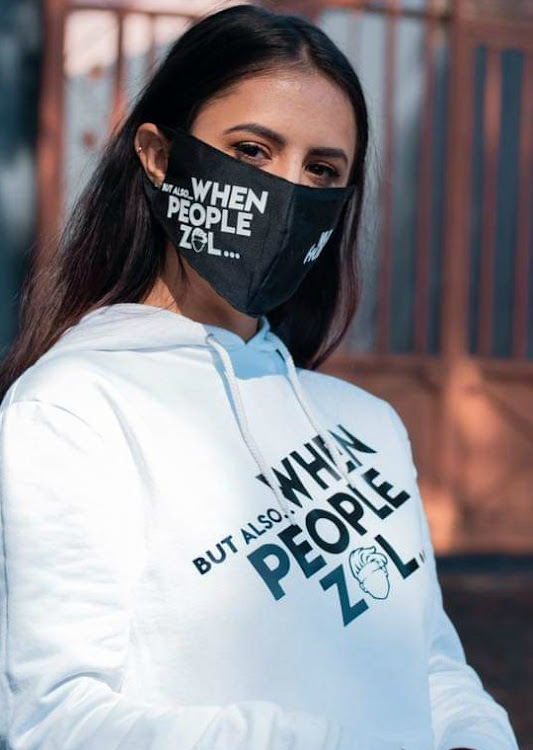 Following on the success of his track Zol, Cape Town music producer Max Hurrell has  launched a clothing line brandishing a  famous line from the hit song.

Hurrell shot to fame recently after the release of Zol, which loops remarks made by  corporate governance & traditional affairs (Cogta) minister Nkosazana Dlamini-Zuma about why she thought it is not safe to smoke during the Covid-19 pandemic.

The former health minister, whose anti-tobacco stance led to tough legislation in the 1990s, drew the wrath of smokers again late last month when she quashed their hopes that the lockdown ban on the sales of cigarettes was about to be lifted.

The Cogta minister saw the humour in the track and contacted Hurrell via Twitter to encourage him to keep South Africans positive and laughing.

The song garnered millions of views, hundreds of thousands of shares and has also reached  the top of the local Apple Music charts.

Hurrell has teamed up with Johannesburg apparel designer Shazia Mohamed to produce Zol apparel, with the line "but also when people zol" emblazoned across the streetwear.

"I've been working with Shazia on my first ever merchandising launch, and we both hope people find something they like. The Zol song brought so much happiness to people in this tough time and we wanted to capture that happiness in clothing."

Hurrell's social media fans have lapped up the clothing line, with many indicating they had already placed their orders.

Some suggested Hurrell should send a hoodie to Dlamini-Zuma.

Police minister Bheki Cele is the latest to score a remix from music producer Max Hurrell, after his speech on tobacco products
News
2 years ago

She now follows the music producer on Twitter, and he wants her to star in the song's music video.
News
2 years ago