How life on Mars inspired the Space Hippie, Nike's greenest sneaker yet

In 'one giant leap' for sustainable fashion, the sports company has created a shoe made from waste that usually ends up in landfills or on the factory floor 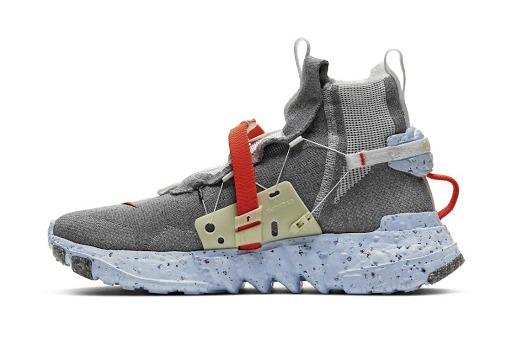 Nike's eco-chic Space Hippie sneaker is made with what's usually left in landfills or on the factory floor.
Image: Supplied

He's not really ours but we'll claim him anyway. Son of South African soil Elon Musk experienced one of the biggest moments of his life last weekend. After nearly two decades of trial and error, his aerospace company, SpaceX, launched its first two humans into orbit and simultaneously, in grand style, ushered in the era of commercial space travel.

For the first time, a privately owned company launched people into space from the shores of Florida's Cape Canaveral, the same launch site that was used during the Apollo missions to the moon a half-century ago.

Just over a week later another historic launch is taking place. On June 11, Nike will launch its Space Hippie — the most eco-friendly, lowest-carbon-footprint shoe the company has made.

On a Zoom call from his home near Nike's headquarters in Portland, Oregon, designer of the Space Hippie shoe Noah Murphy Reinhertz spoke about the imagination, energy and inspiration that has gone into it.

"One of the things that Phil Knight did in creating Nike was to bring purpose-built, performance product to everyday people, transforming the idea of moving the body, of being active, of engaging in sport into the arena of the everyman, so that it is no longer just in the realm of elite athletes," he says.

"There's an interesting phenomenon with both Elon's work with Tesla and SpaceX and Phil's work on developing a sports brand, which says that ideas are bigger than founders. People start companies and when they're really successful it's because their ideas are progressive, they attract people.

"Ideas, for example, that the future can be clean and electric instead of polluted and gas-driven or that there's a role for entrepreneurs in space flight or that we can create desirable, product completely from waste — these are exciting, forward-thinking, positive things for people to be inspired by and focus on."

The design team at Nike kept going back to the idea of in situ utilisation.

"There's this idea in space exploration that if you're going to fly to the moon or fly to Mars and stay there, you have to create things with what you find," says Reinhertz. "They say there's no resupply mission coming to Mars, well there's no resupply mission coming to Earth, either. We need to use what we have at our fingertips and not use up our limited resources unnecessarily."

The designer says that, working with only waste materials, the team had to improvise. 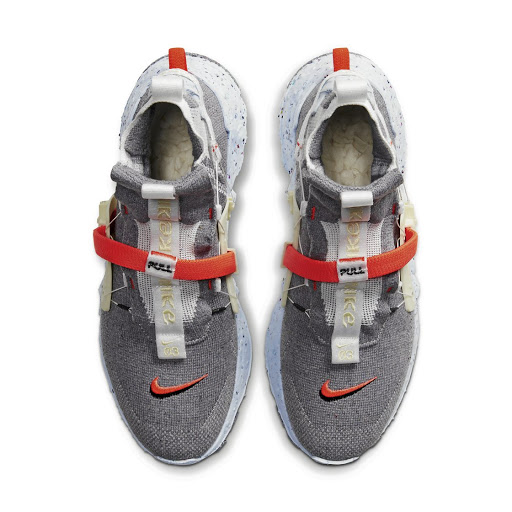 "That's just the kind of situation that the space agencies of the world are planning for if they're going to explore Mars, for instance. It's the notion of using only materials locally available and transforming them using ingenuity and creativity."

The aesthetic of the shoe reflects this — taking things immediately to hand and using them in a way that doesn't produce any more waste. The makeshift, scrappy, yet stylish look of the shoe is "imperfect" in a way that speaks to the DIY fashion culture gone mainstream thanks to designers like Virgil Abloh.

"It allowed us to be overt with the purpose of the shoes. There's a legacy of Nike product that uses recycled materials but this is a moment to take the idea of recycled materials and put them front and centre of the design — to create a shoe that would pull people into the conversation about circular economy. We've looked for forms of waste that are really abundant in the world and use those — T-shirts, textile scraps, plastic bottles from everywhere. We transform those into really desirable items."

Reinhertz and his team are working on what it means to create a fully closed-loop economy — reusing materials, so that there's no more damage to the planet.

"We're creating a duality of high performance, but low impact," he says. As they say in the promotional video: "If the Space Hippie looks weird, it's because they're made of trash."

They also don't over-process the material — no dye, no extra heat — keeping the material as close to its raw form as possible.

"The uppers are as they were recycled, the yarn is the colour of mixed T-shirt. The crater foam has all its blisters and cracks showing - it comes from scraps on the floors of our footwear factories. It's post-industrial, closed loop within the factory and diminishing waste from rubbish heaps all over the place." 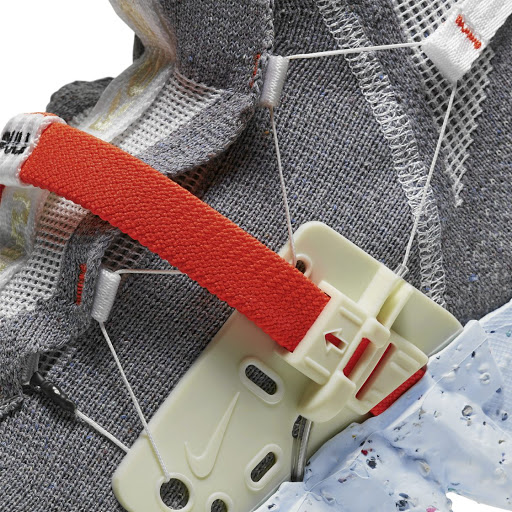 Recycled materials are front and centre in the design of Nike's Space Hippie sneaker.
Image: Supplied

And what about the name?

"There was a moment in the brainstorm when the materials were on the table and we said 'This is like being stuck in space and trying to repair your shoes — that made us think of the movie The Martian when Matt Damon is farming potatoes in the space station. He's living off the land but he's in space, he's like a hippie, a space hippie.

"Then we started to dig into it and look at the tension between questioning cultural norms and the status quo and, at the same time, using that culture to push the boundaries of exploration ... the moment of the first space race, the first trip to the moon, while at the same time saying, 'Is this the kind of culture, the kind of ideals, the kind of world we want to live in?' "

Reinhertz says the innovation is driven by the Sports Research Lab, where experts look at the ergonomics and the measurable benefits of shoes, but also at data analytics on carbon emissions.

"That was one of the conversations that pushed us into this approach on the Space Hippie design, learning the carbon emissions on each material and each process. Having that kind of diversity of thought and of approach and being able to ground our designs in purpose is an incredible opportunity for any designer."

Musk has taken the first step in getting civilians into space. The Space Hippie is the first step in designing a shoe made with waste product at hand. Perhaps by the time we're ready to visit Mars as tourists, we'll all be wearing shoes that are made using what's left on the cutting-room floor.

Garbage never looked so good: adidas is turning the tide on ocean waste

Is it possible to turn flotsam and jetsam into something cool? Absolutely. Ask adidas, which, in 2015 partnered with nonprofit organisation Parley ...
Lifestyle
3 years ago