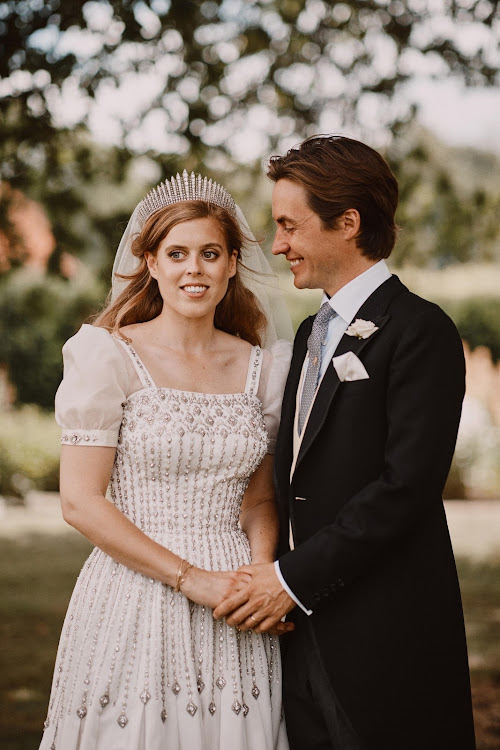 Princess Beatrice and her husband Edoardo Mapelli Mozzi on their wedding day. The tiara is the same one Queen Elizabeth wore on her wedding day.
Image: Benjamin Wheeler via Getty Images

Never one to shy away from an outlandish hat or loud print, Britain's Princess Beatrice often stumbles her way onto the world's worst-dressed lists. On her wedding day, however, she failed to give the fashion police any ammunition: her dress was tasteful, it was timeless, and it was "green" to boot.

In what British Vogue has hailed as "a refreshingly modern (and wonderfully sustainable) move," Beatrice wore a vintage gown she had borrowed from her grandmother, Queen Elizabeth, to wed property developer Edoardo Mapelli Mozzi.

Designed by Norman Hartnell in the 1960s, the ivory Peau De Soie taffeta dress features striking beaded and diamante detailing on the bodice and skirt.

The fact that the queen wore the gown on more than one occasion — to the premiere of Lawrence of Arabia in 1962 and again for the opening of parliament in 1967  — further strengthens its eco credentials. It reinforces the idea of circular fashion, where clothes are designed to be reworn and revamped rather than ending up polluting a landfill after a single season.

For Beatrice's big day — see more photos here — the historic gown was updated with the addition of puffy organza sleeves and given a sleeker hemline, which is trimmed in Duchess satin. We wish they'd left the bling off the cuffs and that the skirt was a tad longer, but that's just nit-picking. 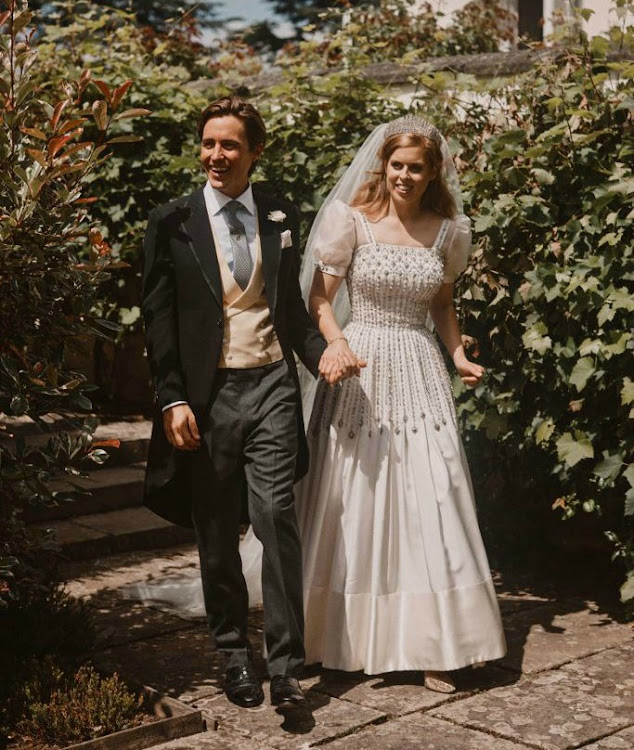 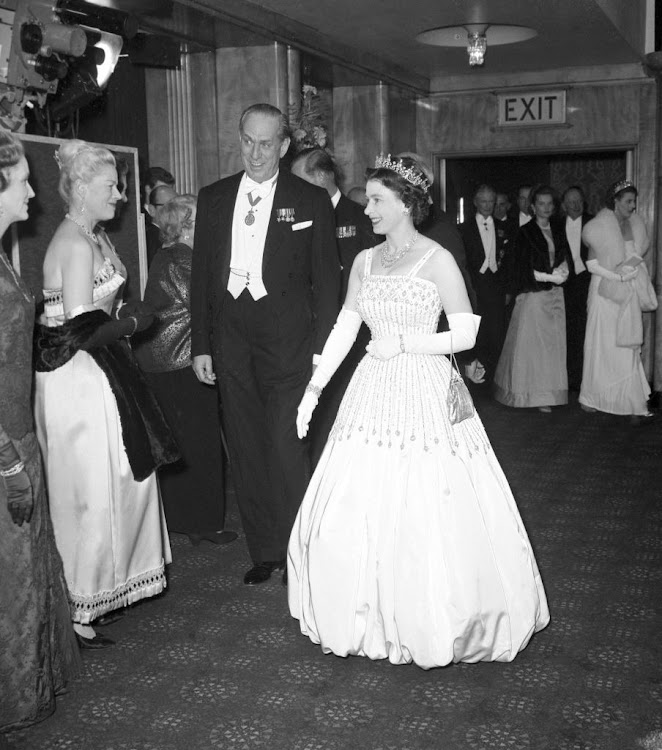 THEN Queen Elizabeth in the Norman Hartnell gown at the premiere of 'Lawrence of Arabia' in 1962. Note the original bubble hemline on the dress,
Image: PA Images via Getty Images

The dress flatters the princess's figure, and with so much going with the design, she was wise to keep her styling to a minimum — just a couple of thin bangles, a veil, and the obligatory tiara, which is the same one the queen wore on her own wedding day in 1947.

Even though the gown wasn't originally designed for Beatrice, it really does complement her eccentric sense of style. The geometric nature of all that sparkling embellishment plays into her love for bold patterns and, like most of what the royal picks to wear, ensures this outfit commands attention.

Something old, something new, something borrowed, something blue — Britain's Princess Beatrice was able to tick all these bridal must-haves off the ...
Lifestyle
1 year ago