Nine times AKA impressed, amused or baffled us with his hairstyle choices

'Hair today, gone tomorrow' must be the rapper's personal mantra as he's never afraid to experiment with his style 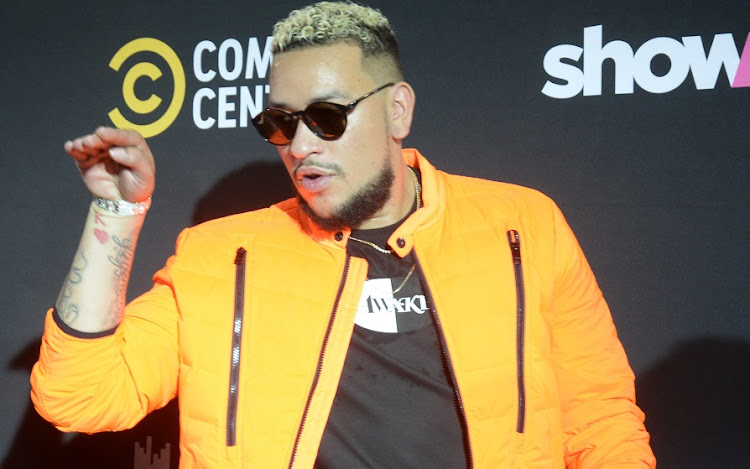 AKA isn't shy to experiment with his hair.
Image: Gallo Images/Oupa Bopape

When AKA kicked off his career as part of the hip-hop group Entity, his go-to hairstyle was a short brush cut or close fade. This look was nothing to write home about and he continued to largely play it safe until he released his debut solo album, Altar Ego, in 2011.

But as the rapper's career has progressed, he's transformed into a hair chameleon serving up myriad cuts and colours. Some of these styles have earned approving nods, while others which have left us asking, “what’s going on with AKA?”

Here are nine times AKA has impressed, amused or baffled us with his hairstyle choices:

Aah, the AKA look we love the most, and probably the rapper's most long-standing hairstyle. For us, this high-top fade with semi-clean edges and lots of body and texture at the top spells cool, hip-hop mogul vibes.

An updated take on AKA’s signature high-top fade, this one sees the cut being revised with much cleaner shaved edges and sides and much shorter, yet structured length at the top. We can’t complain here either — it is still signature AKA but sharper and we stan.

We're all for experimentation, but we weren't quite sure what to make of this era of AKA’s hair evolution: the blonde looked orange and wasn't toned to remove any brassiness. The colour sparked many memes and comparisons to cartoon character Johnny Bravo; it really had us thinking, “what’s up with AKA?”

We'd like to thank the hairstylist who added a splash or two of toner and purple shampoo to AKA’s brassy orange strands because this platinum colour is more our speed. The icy blonde shade paired with that high-top fade style felt like what his 'Versace gold' hair flop was probably meant to have looked like all along.

Grown-out roots tend to be frowned upon, but given that dark roots and chunky blonde highlights are making a comeback, we can get behind this look. While we're not sure if AKA's do is intended to be frosted tips or grown-out roots, we're not offended by the style — in fact it’s a fresh, cool update.

A little ‘80s with some Miami Vice vibes, this modern day Jheri curl, wash-and-go hairstyle is AKA’s signature look, but fuller. We saw this style developing predominately during hard lockdown and haters will say it’s due to barbers being unavailable, but the Latin flavour of this look make us think otherwise.

Did someone call Snoop Lion? AKA sported this reggae-inspired look in Malawi and we think it’s safe to say that this one was for the travel 'Gram. A head full of thick twists not only makes for an easy, fuss-free protective style, but gave the rapper a cool aesthetic for his trip.

The featured hairstyle in AKA's latest music video, Cross My Heart, this one is a throwback to ‘90s hip-hop duo Kriss Kross and we're kinda here for it. We can never say no to a little nostalgia and this ode to the nineties — sans the Kriss Kross bead hair accessories — feels super fun and like a breath of fresh air.

AKA seems to have delved into the world of the man bun and we aren’t sure if we’re on board. Some may argue that it feels a little too young or skrr skrr, but it seems to be more of a transitional style so here’s hoping he’s cooking up a really cool cut for us to talk about next.

"I was wearing face shields before it was a thing," a jovial Lady Gaga tweeted on Monday, as she took home five trophies at the MTV Video Music ...
Lifestyle
8 months ago

Fashion lessons to learn from the cutthroat corporate world of 'Scandal!'

Looking for fresh inspiration for your work wardrobe? Take your cue from the characters of this popular soap
Lifestyle
10 months ago

Home haircutting tips all guys should know before grabbing those clippers

It was all good and well taking clippers to your head just to neaten things up a little until your next barber's appointment, but with the current ...
Lifestyle
1 year ago
Next Article