Party wasn't quite over: celebs zoomed into virtual masked balls in 2020 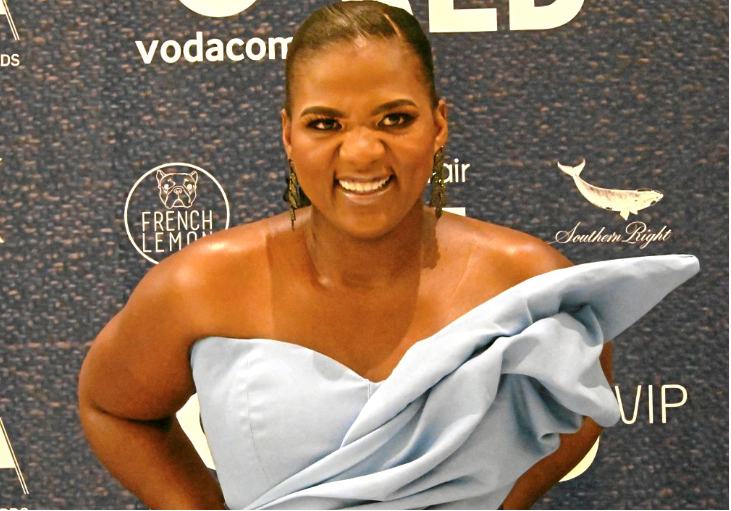 It was meant to be a year brimming with fabulous parties, air-kissing galore and a cacophony of glasses being clinked — but 2020 offered little to celebrate. Yet, while social distancing put a pause on parties for most sensible folk, there was still a surprising amount to cover on the social scene.

The year galloped out of the gates in typical style in January when the who’s who of Mzansi society turned up at Kenilworth racecourse in Cape Town for the 159th running of the L’Ormarins Queen’s Plate. This is arguably one of the country’s most stylish race days, with attendees expected to turn up in blue and white finery — jeans, shorts and “fancy dress” banned. Standouts were model/entrepreneur Mala Bryan and cutie-pie TV presenter Kim Jayde. Even Springbok Faf de Klerk made a valiant effort to up his sartorial game from his swimming cozzie moment with Prince Harry in the Rugby World Cup locker room.

PRE-CORONA: ANOTHER TYPE OF CROWN

Cut to the same Cape Town spot a couple of weeks later for what you could call Bonang Matheba’s champopo party, after the sparkling wine-proffering glamour puss joined forces with the Sun Met as its “official celebration partner”. Making a grand entrance, the TV personality drew more attention than the fillies on the track.And when it came to hair, one of the biggest trends was celebs crowning their locks with those corny spiky floral headpieces. I spotted the accessory on the scalps of TV personality Palesa Tembe and singer Holly Rey. 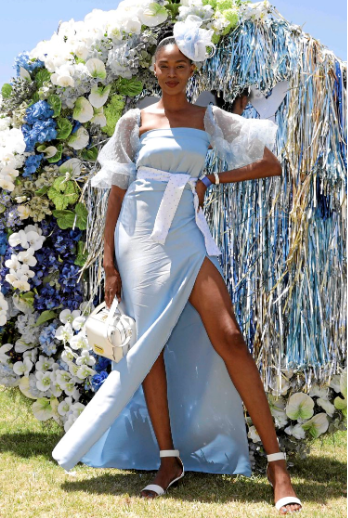 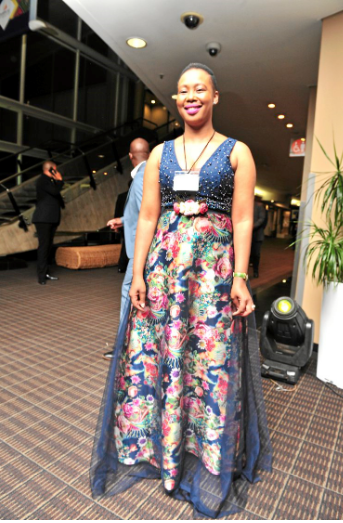 While we had been looking forward to seeing him on a winner’s podium in a similar kit to Faf’s cozzie, on the two occasions I caught up with Chad le Clos he proved he’s no fish out of water in the wardrobe stakes. Our most decorated Olympian looked dapper in a blue suit at the L’Ormarins Queen’s Plate — and channelled James Bond in a smart black tux when he arrived at the Sun Met with girlfriend Jeanni Mulder.

THE LAST HURRAH BEFORE THE LOCKDOWN

The last function I attended before socialising was shuttered was an awards ceremony for a bunch of folk who, it would turn out, were some of the hardest hit by the lockdown. The Backing Vocalists and Session Musicians Awards was held at the Soweto Theatre on a sunny Sunday afternoon in front of a 600-strong crowd of entertainment industry talents. Singer and philanthropist Yvonne Chaka Chaka is the brains behind the awards, her mission being to shine a light on those who make the big hits possible but are often overlooked. It was a warm and fuzzy night, with many winners, such as lead guitarist recipient Lawrence Matshiza — who has supported acts including Simply Red, Paul Simon and Yvonne on stage — mentioning that this was the first time they’d landed a gong for their talent. And the cherry on top? Watching Mama Yvonne speechless for once, after she was surprised on stage by a birthday cake arranged by son Mfumu Mhinga, who helps her put together the awards.

While many assume that turning up on the red carpet scantily dressed will grab attention, Thameenah Saint has stopped traffic by doing the opposite. She landed a spot on my annual A-Listers to Watch for 2020 back in January for disrupting the fashion cart with her bold but modest fashion choices. Witness the audacious kente cloth fishtail gown she wore to the Sun Met.

A-LIST UPS AND DOWNSThere were mixed fortunes for some of Thameenah’s fellow A-Listers to Watch. While enchanting actress Zoe Mthiyane made a sudden exit from soapie Generations (no doubt she will reappear on our screens very soon), jazz singer turned celebrity chef Lucia Mthiyane (no relation) made waves with her first cookbook, Kitchen Queen. It was a quieter than planned 10th wedding anniversary for Hyde Park aesthetics centre owner Portia Gumede and her IT billionaire hubby, Robert Gumede.

The Covid crisis brought out the best in some on the party scene, but with others, not so much. Former beauty queen Gina Athans postponed her Franschhoek wedding, turning her attention to help feed underprivileged communities, and Basetsana Kumalo held a virtual birthday bash to celebrate turning 46.On the other side of the coin, tacky KwaZulu-Natal socialite Shauwn Mkhize had no qualms jolling at what appeared to be a lockdown-violating dinner soiree — and then there was the former radio DJ who celebrated her birthday at an intimate affair that might not have been socially distant: I understand that at least one attendee tested Covid-19 positive not long afterwards. And let’s not forget how the minister of communications, Stella Ndabeni-Abrahams, flouted her own government’s rules when she popped in for lunch at flamboyant former colleague Mduduzi Manana’s Fourways pad in April. 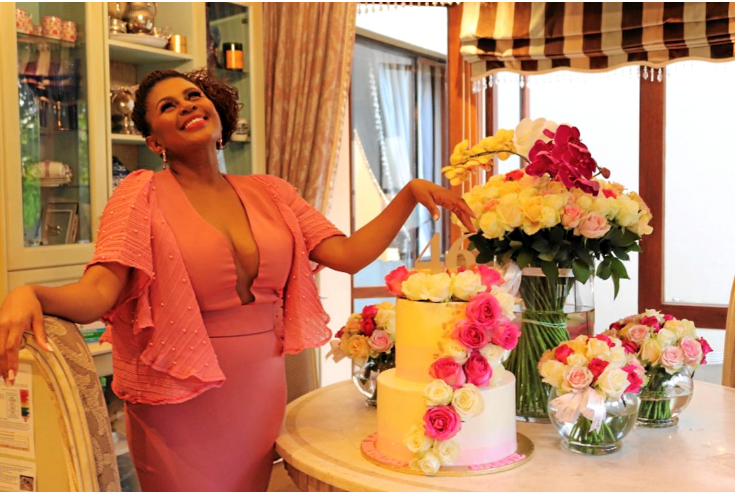 THE SOCIAL DO DILEMMA

Many event organisers scrambled to figure out how to function in the new normal. And most fell short. Will anyone remember this year’s Vodacom Durban July? Some, though, did come up with novel ways to meet the challenge — the RMB Turbine Art Fair morphed into an immersive experience where you could not only view the works but also gain insights into the creative process through virtual walkabouts and talks. And the Royalty Soapie Awards, which followed strict Covid protocols, appeared to be a marked improvement from the previous year’s hot mess.The same, though, can’t be said for the half-baked attempts to go digital by South African Fashion Week and Joburg Fashion Week, which ended up being as entertaining as watching paint dry. Maybe it’s time for rivals Precious Motsepe and Lucilla Booyzen to prove they really are passionate about growing the struggling industry by joining forces.

When Ryle De Morny was a teenager, he couldn't afford gym equipment, so he used a basket weighed down with a bag of marbles to work out in his ...
Lifestyle
2 years ago

'Wonder Woman 1984' is perfect for our times, writes Margaret Gardiner.
Lifestyle
1 year ago