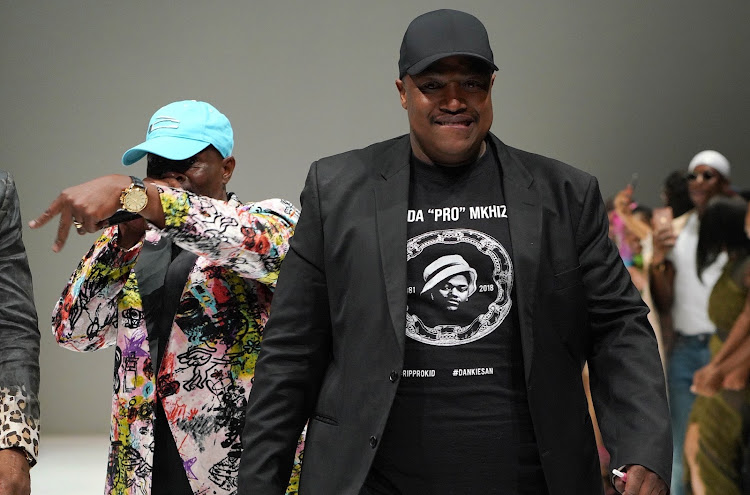 Fashion director and Kaya FM DJ Mzwandile “Wandi” Nzimande has died at the age of 44.

EWN reports that Nzimande passed away on Wednesday morning at the Olivedale Clinic in Johannesburg after contracting Covid-19.

Nzimande is famed for co-founding Loxion Kulca, one of SA’s most sought-after streetwear brands, together with Sechaba Mogale in 1999.

Loxion Kulca dominated the local fashion scene in the 2000s becoming the go-to brand for celebs like Zola 7, Phat Joe as well as late rappers HHP and ProKid - the latter even collaborated with the label on a sneaker line.

Their wares were so covetable that the company was plagued by a flood of fake Loxion Kulca merchandise hitting the streets.

Such was the brand’s sartorial influence that in 2019 its 20th anniversary was marked by the release of a four-part documentary, 20 Years of Loxion Kulca, on SABC1.

It’s no wonder then that Lucilla Booysen, founder of SA Fashion Week, hailed Nzimande as an artistic, authentic “leader who changed the shape of fashion in our country” in a touching tribute on Instagram.

On behalf of her team, she added “We will deeply miss the energy, loyalty, attention and the opportunities that he so freely gave to everyone around him.”

Other prominent fashionistas who’ve taken to social media to honour Nzimande include Ole Ledimo of House of Ole — former creative director of Loxion Kulca — and Tshepo Mohlala of Tshepo Jeans, who was famously commissioned to make denims for Meghan Markle, the Duchess of Sussex.

Theo Baloyi, founder of Bathu sneakers, thanked the “Grootman” for “everything”, saying “I will forever be grateful for everything you taught us and paving the way”.

“Gone too soon! Vivid memories of the launch and vibrancy of Loxion Kulca and how Wandi’s smile would light up the whole room,” she wrote.

This is a huge loss for fashion, say those in the industry as they pay tribute to the late designer
Lifestyle
11 months ago

'My most used phrase is my sincerest condolences': Lesego Tlhabi's 2021 so far

Lesego Tlhabi shares how hearing about the passing of someone every day this year has left her "paralysed with fear".
Lifestyle
3 months ago
Next Article