Lacklustre? No! Biden's inauguration was actually a grape day for fashion

Many commentators have snagged on the symbolic importance of the colour that seemed to predominate among participants' outfits: purple 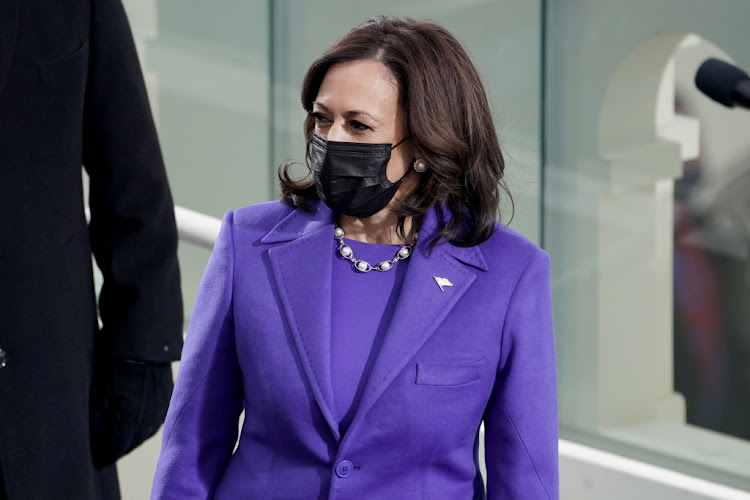 The four principals of yesterday’s historical inauguration made use of their attire to present a united front, with both President Joe Biden and second gentleman Douglas Emhoff electing (ha!) to wear Ralph Lauren instead of the more traditional Brooks Brothers suits; and both Vice-President Kamala Harris and first lady Dr Jill Biden opting for bright monotone ensembles by up-and-coming American designers.

But the attention of many commentators has snagged on the symbolic importance of the colour that seemed to predominate among participants and key observers yesterday, and in the days leading up to the swearing-in: articles of purple clothing were everywhere you looked, and there is no shortage of theories as to why this colour emerged as the focal point of the festivities. 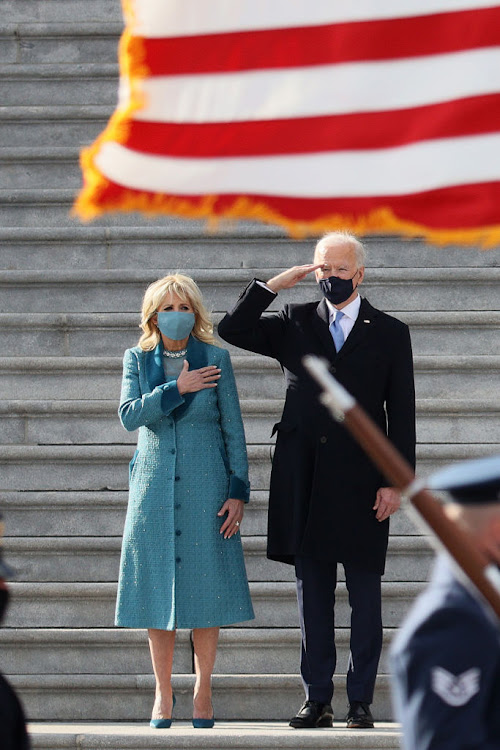 This is significant for a number of reasons. Rogers is a young black designer, and an American, which attests to Harris's commitment to representing and uplifting black industry, one of her most consistent promises to prospective supporters to date.

In contrast to Harris and Biden, former first lady Melania Trump routinely wore a medley of European designers, and even departed the White House for the last time in a mishmash of Hérmes, Chanel and Dolce & Gabbana.

Harris’s chromatic signals have also been read as notable on numerous symbolic fronts.

Purple was the cornerstone colour of the suffragette movement: Harris’s garment has been read as a nod to the women who came before her, and to one woman in particular — Shirley Chisholm, the first African American woman ever elected to Congress in the US.

Purple is also the composite combination of red and blue, signifying, perhaps, the coming together of Democratic and Republican forces under the auspices of the US flag. 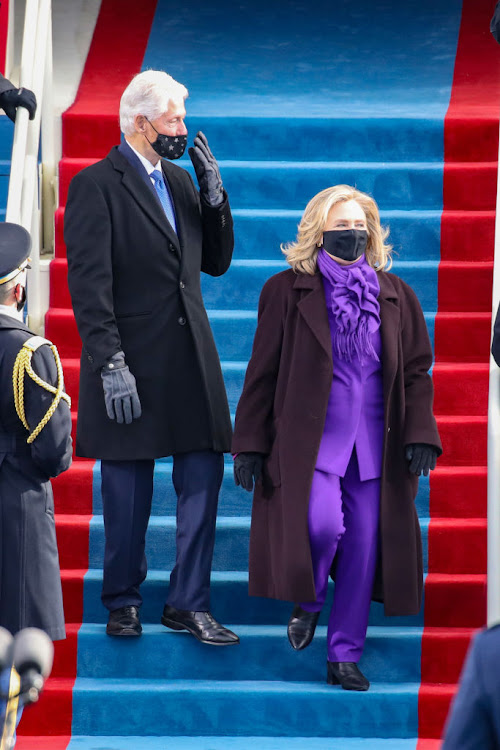 The monochrome styling also had the effect of differentiating Harris from the crowd of subdued greys and blues, as well as gesturing towards an affinity between the two families — there was something distinctly uniform about how both Harrises and Bidens were dressed.

Instead of presenting like two individual families, they looked for all the world like a seamless team: therein lies the intelligence of what might otherwise be perceived as a slightly lacklustre fashion moment. 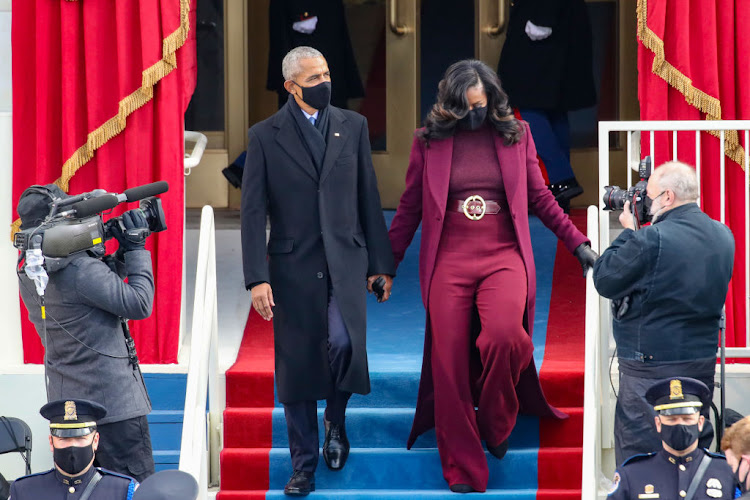 Even outgoing VP Mike Pence wore a purple-ish tie: evidently, everyone got the memo.

Who wore it best? Lady Gaga at Biden's inauguration vs Effie Trinket in the 'Hunger Games'

Twitter seemed to be expecting Lady Gaga to declare "Happy Hunger Games! And may the odds be ever in your favour" at US president Joe Biden's ...
Lifestyle
2 months ago

It's all in the family: Joe Biden's South African connection

The US will soon have a new First Family - and did you know a South African is part of the crew?
Lifestyle
2 months ago

Ah, how history repeats itself. Those Visigoths with their furs and uncouth ways are at it in our time, too
Lifestyle
2 months ago
Next Article