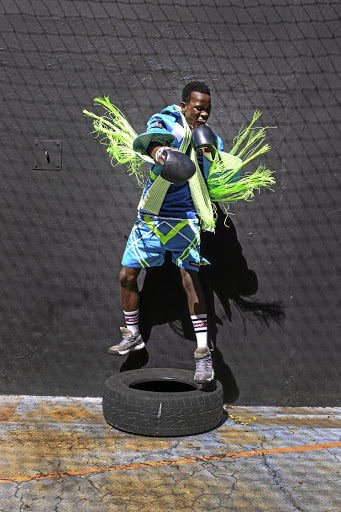 In 2021, the complex world of boxing still automatically evokes primal masculinity at its most terse and pugilistic. But, as Johannesburg-based designer Roman Handt is quick to remind me, professional fighting also has elements that are inherently spectacular and performative.

For boxers and their ilk, years of thankless discipline and gruelling training frequently culminate in bouts of gladiatorial theatrics, contests and victories that the audience's gaze has the power to reify or disrupt. This is where Handt comes in: inspired by his own, gradual induction into the sport of boxing, the avant-garde designer and self-described "textile scientist" is creating fightwear that straddles brute utility and camp costumery at its finest and most refined.

By extension, Handt is empowering the young boxers in his orbit to embrace the playfulness they often sacrifice to restraint, and to sublimate their personalities into their attire, not unlike the superheroes we all worshipped as children.

On paper, Handt's lurid, at times almost confectionery offerings shouldn't work in a world peopled by latter-day Spartans — but, in parallel to the designer's own relationship with boxing, they do, and to the benefit of both parties.

Charismatic and delightfully quick to laugh, Handt was initially drawn to the idea of boxing as a foil to the physical toll design takes on the body, and on the back in particular. "Back in the day, I read an article about how important fitness is for designers, especially because of the way we're always bending, over patterns and behind machines," recalls Handt. The Lisof graduate realised that he would need to be proactive about conditioning, but he doesn't like conventional gym environments; he thought boxing might be the right fit.

Still, he wasn't without reservations. "I was quite concerned about going into a boxing gym as a gay man. You never know how conservative the people around you will prove to be, or how they will react to certain information — but I've found that this gym in particular is an environment where I'm treated with the utmost respect. It was a lesson to me, a reminder not to [put too much stock] in stereotypes."

Handt describes coach Gert Strydom's gym as an environment in which notions of honour and good conduct feature prominently, an attitude that's echoed by each of the four fighters I spoke to before they were photographed wearing Handt's concoctions.

Handt's transition from trainee to outfitter came about organically, in exchange for gym-time and on the back of his experience as a costume designer. "Gert asked me to start making kits for the boxers, and I started getting into these bigger silhouettes. There was a great collaborative energy. You realise that, for these boxers, clothing can work as emotional armour, and their input plays a big part in the design process — we discuss colour, their personal taste, how something should work and move," Handt says. "The way the younger generation is thinking about strength and masculinity is more evolved, which allows me to experiment a bit more than I would otherwise."

The world of sportswear apparel seems to appeal to the maverick in Handt, who gravitates towards holistically-driven design work — take note that he has recently been working on refining and perfecting his line of "Romandies", men's underwear that promises to "change the ball game." A canny entrepreneur, Handt is also taking advantage of a gap in the market to promote his brand, instead of clinging to the illusive (and elusive) world of conventional fashion design. 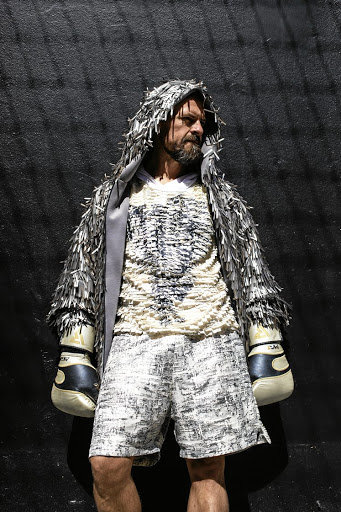 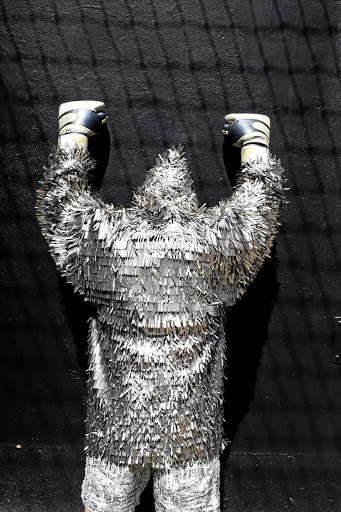 "There are all these incredible advantages to what I'm doing. I can put my logo on the kit, the whole thing is televised, and I reach a whole audience that other designers aren't going for," he effuses. "All of a sudden, you get overseas interest, other boxers seeing your stuff, asking questions and expressing interest — it's great, because sportswear is such a neglected sphere when it comes to modern design. Nothing is fun, it's all very functional. And when I think of doing a fashion week, versus doing something like this ... I have real people trying on, trying out my designs, not paid models but real athletes. Audiences connect to that, it's more authentic."

Of course, Handt had to adapt his extant skill set to the specifics of boxing-wear, which is governed by niche rules and concerns. Boxers can't wear any materials that might hurt their opponents on contact or interfere with their vision. They won't want anything that restricts their movement, and Handt has found that certain materials — like satin — don't look great when they're saturated in sweat. 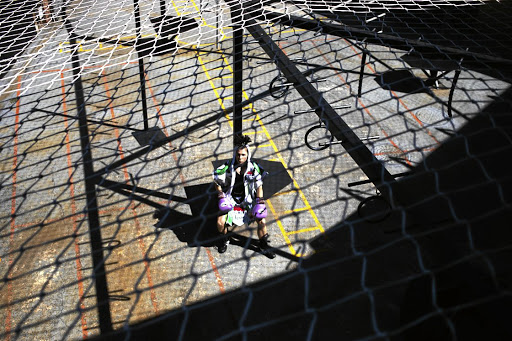 Still, his outfits are gloriously carnivalesque and unique, so the designer's vision clearly hasn't been impeded overmuch by practical considerations. His inspirations are manifold and ever in flux, ranging from new fabrics on the market — "anything shiny, I'm like a magpie" — to streetwear, music, and movement.

"I'm an emotional designer," he says. "I try to imagine how I would feel in a fighter's position, what I would want to wear and what would feel good. I understand that I have to tread a fine line — an athlete does want to be their own person, but they also don't want to be bizarre. As an athlete, your focus is completely on training and physical performance, you often don't have the luxury of considering how you're also going to put your personality on show."

Contrary to what young, idealistic athletes might believe, in the world of professional sports, personality matters. Indeed, one's enduring commercial success is quite frequently dependent on it — you can only win so many matches before age catches up with you, and if you're not memorable beyond your professional prowess, you're liable to fade into obscurity before you can properly afford to do so. Standing out is essential. 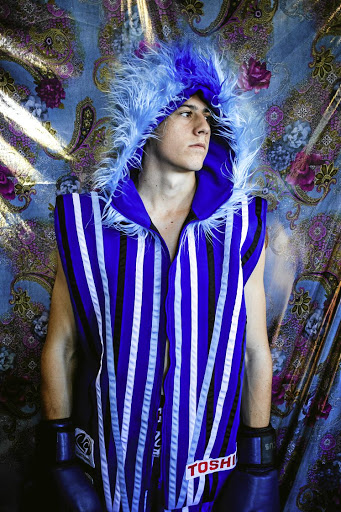 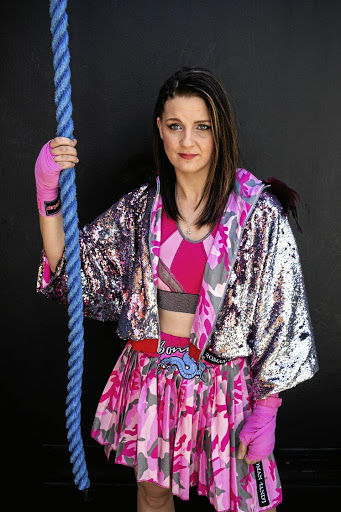 But this can be difficult to reconcile with the self-effacing stoicism required of boxers-in-training; the designer's role, in this instance, is to mediate between athletes and audience. And for intuitive designers like Handt, it's an unmined zone that would-be tastemakers would be foolish to pass over. "I think the days of the high fashion editorial are numbered," he muses. "People want to see behind the curtain. Fashion is killing itself in that it makes itself so exclusive, everything is captured and portrayed as being so exclusive.

"Boxing, on the other hand ... the fighter's actually in the ring, they really do get punched, and the blood's flowing. I like the grit of the performance. I think we all do."

Bats and balls drop in sales, but ‘inside’ sports gear picks up

Globally, sportswear is a fast-growing market, while the equipment segment experienced a setback last
Business
1 month ago

SHOPPING | Work up a sweat in style: fitness gear and gadgets for him and her

90+ great buys for gym, sport and athleisure enthusiasts in a rainbow of colours
Lifestyle
1 year ago