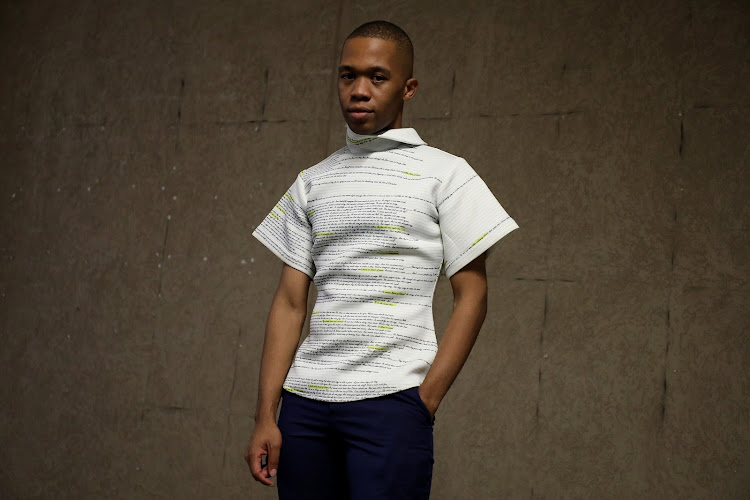 Thebe Magugu's dress has been acquired by the prestigious Costume Institute at The Metropolitan Museum of Art in New York, where it will be preserved as an example of 'outstanding contemporary design'.
Image: Thulani Mbele/Sunday Times

SA's Thebe Magugu is making strides on the global fashion scene and it doesn't seem like he's about to stop any time soon.

The award-winning designer announced on Instagram that one of his garments has been acquired by the prestigious Costume Institute at The Metropolitan Museum of Art (MET) in New York, where it'll be preserved “as an example of outstanding contemporary design”.

Yes, that's MET as in MET Gala, the famous annual event that's attended by the who's who in the fashion world, not to mention loads of A-list celebrities.

Called Girl Seeks Girl, the dress in question hails from Magugu's Autumn/Winter 2018 collection and was created in collaboration with Phathu Nembilwi, whose work is largely a celebration of women.

The outfit carries an illustration of two women leaning on each other, a motif which Magugu says is particularly relevant during this “difficult time in SA's current history” as it “signifies that women really need one another now more than ever because there is clearly a war that rages against them”.

This good news comes as a welcome break after the designer reported that the first-ever sample of his Sunday Best Boot, which features as part of his Autumn/Winter 2021 collection, was stolen during a robbery earlier this month.

Armed Robbers stole the first ever sample of the Thebe Magugu Sunday Best Boots so if someone finds them in one of the clothing piles in Johannesburg, please return and we will make you a custom look from A/W21 😅
It’s a special shoe to me because I worked for months on it. pic.twitter.com/38ko9XIKOI

• This article is adapted from one originally published in the S Mag section of the SowetanLIVE website. Visit sowetanlive.co.za/s-mag for more lifestyle news.

Titled "Alchemy", the designer's latest collection is a visceral story of the changing face of African spirituality
Lifestyle
1 year ago

Designers need to take the power of retail into their own hands: Thebe Magugu

From meeting the French president to unveiling his latest collection, the young Kimberley-born designer has had a surreal week
Lifestyle
2 years ago