Glittering crowd out to celebrate start of Tang’s dynasty 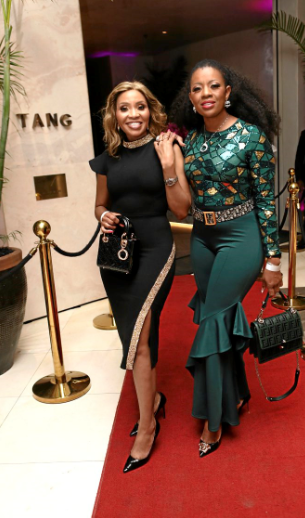 You’ve got to have nerves of steel to open a 20-mill restaurant in the middle of a pandemic.

But it should come as no surprise when you’re a man who never does things by half measures.

And so, on Thursday night I suited and masked up to check out Nicky van der Walt’s return to the Joburg restaurant scene with a sexy new pan-Asian offering called Tang, in Nelson Mandela Square, Sandton.

A red carpet led to the entrance of the massive 650m² space. The interior by hotshot interior designer Tristan du Plessis mixes dark and light marble, granite and travertine details.

Inside I bump into someone whose idea of socialising these days is having tea with her Great Dane, with her husband Peter faithfully filming the occasion on her camera phone.

That’s grande dame Peta Eggierth-Symes, who has turned up in a Gatsby-esque dress and diamanté-studded mask.

Across the room I spy that political ex-wife who had us all glued to our sets as she spilt the tea about the goings-on at the Gupta compound, Norma Mngoma, tasteful in a clingy black number with gold accents.

I must ask Malusi Gigaba’s ex about the Gupta cash machine she mentioned at the Zondo commission. 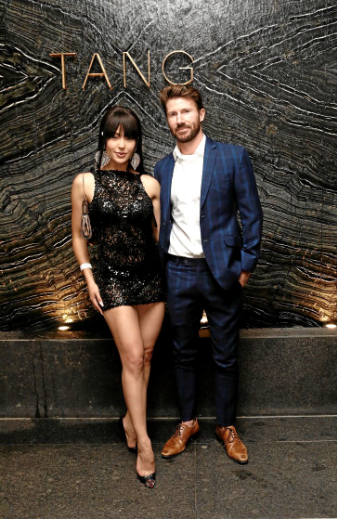 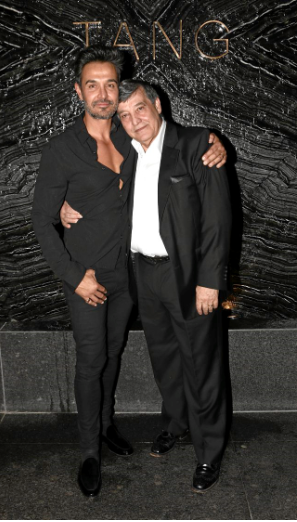 “I really thought it was an ATM, only smaller,” says Norma Mngoma.

What were her thoughts about the Saxonwold mansion? I probe further.

“It was the biggest house I’ve ever seen. And they had lots of chefs,” she says.

The lanky founder of a youth investment holding company whisked Tam off to the bush for a romantic getaway two weeks ago, with the medical intern oblivious to what was in the offing.

“It was so cute. We were standing on this cliff, looking through binoculars, when I spotted this white board at the end of the river. As I focused on it, I saw the words, ‘Will you marry me?’ When I looked back at Ze, he was on his knee,” she says.

On to a table of powerhouses, with real estate queen of the Atlantic seaboard Denise Dogon seated in a booth with a group of men usually in suits, including Japie van Niekerk of the exclusive eco Sabi Sands Game Reserve development Cheetah Plains, and baseball-cap-wearing Mark Willcox.

With Mark — as CEO of Mvelaphanda Holdings — known in business circles as Tokyo Sexwale’s right-hand man, I lean in to ask about another hot topic.

Have you met Godwin Webb? I ask Mark about the mysterious man claimed to be mandated to represent the R1bn fund that Tokyo says has gone missing.

“Never. Or Leong Boey [the apparent chair of the fund],” says Mark matter-of-factly.

I chat to the tobacco kingpin about cigarettes, and he tells me he believes that “smuggle stock is flooding over the border since the tobacco ban”.

On to the man of the hour, and Nicky admits to the crowd — which includes wife Lee-Ann Liebenberg, their daughters Gia and Gabriella and Nicky’s parents Frans and Francis van der Walt — that “trying to open a restaurant during Covid is like buying a plane without wings”.

But the former polo player, whose previous venture went south, says the biggest reward was knowing that even during the pandemic they are able to employ 80 people.

He thanks his business partner — who it turns out is baseball-cap-wearing Mark — and also nods to Lee-Ann, who in March gave birth to the couple’s first son, Jagger, “for being patient. I am now no longer unemployed!” Turning to the rest of us, the ultimate showman quips: “Tonight’s on me. The next one is on you.”

Best and worst dressed celebs on the #DStvMVCA red carpet

Strange, sparkly and stunning best sum up the fashion on the red carpet at the 2020 DStv Mzansi Viewers Choice Awards.
Lifestyle
1 year ago

Fashion hits and misses from the music awards show.
Lifestyle
6 months ago