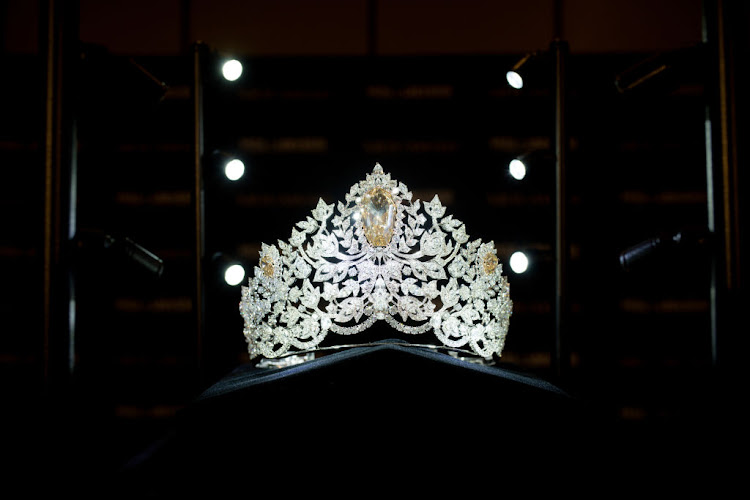 The Miss Universe 'Power of Unity' crown is crafted in 18-karat gold and is set with more than 1,770 diamonds. The golden canary diamond forming the focal point weighs nearly 63 carats.
Image: Marcus Ingram/Getty Images for Endeavor

Birgit “Biji” Gibbs of Biji La Maison de Couture is the talented designer behind the one-of-a-kind looks Zozibini Tunzi wore on two once-in-a-lifetime occasions: the day she was crowned Miss Universe 2019, and the day she passed that title to her successor.

The sheer amount of skill, time and handwork that goes into crafting fully beaded couture creations such as these means they carry a much higher price tag than your average evening dress.

“I had never in my life invested as much time and effort into a garment as I did while making Tunzi's 2019 crowning gown,” says Biji.

Factor in the cost of the dazzling Miss Universe “Power of Unity” crown — which features more than 1,700 diamonds — and you’d be looking at upwards of R70.6m to recreate Tunzi’s winning look.

This ombre creation is one of several celeb outfits now on display as part of the free #BespokeByBiji exhibition at The Diamond Walk in Sandton City, Johannesburg. 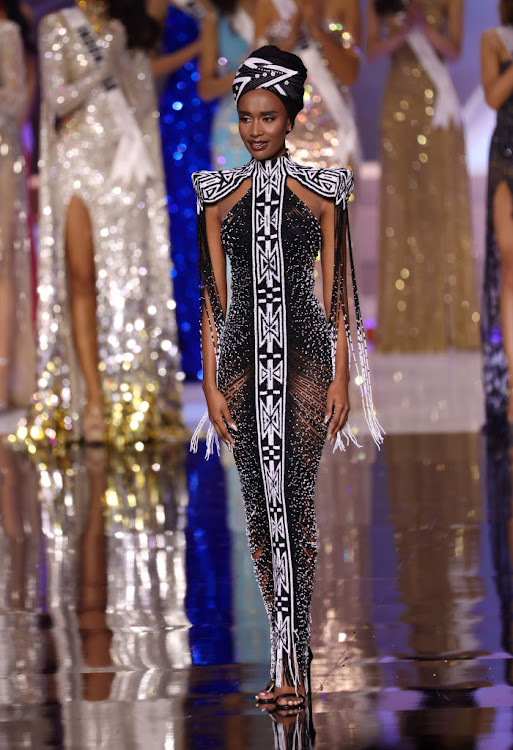 NOW Miss Universe Zozibini Tunzi appears on stage for the last time as the reigning Miss Universe during the pageant's finale on May 16 2021.
Image: Rodrigo Varela/Getty Images 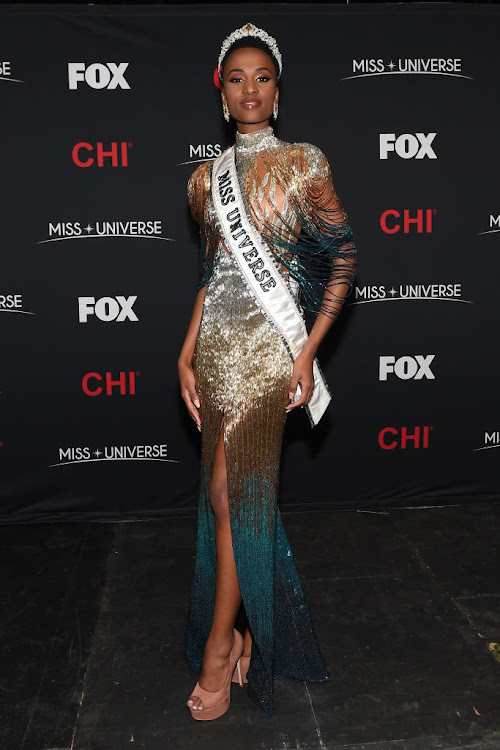 Biji hopes to add the monochrome dress Tunzi donned during the recent Miss Universe pageant to the display, provided it arrives back from the US before the exhibit ends on June 6.

Tunzi wanted the gown she’d wear for her final moments as the reigning Miss Universe to honour her Xhosa heritage in a contemporary way. The resulting design took Biji about 800 hours to make and, according to W24, would be priced between R90,000 and R100,000.

Though there are no diamonds adorning the head wrap Tunzi wore to complete this look, it does have sentimental value. The beauty queen said on Instagram that it had been given to her by her mom.

Fast facts about this astounding headpiece, plus how to get an Instagram filter that'll let you have your very own beauty queen moment
Lifestyle
1 year ago