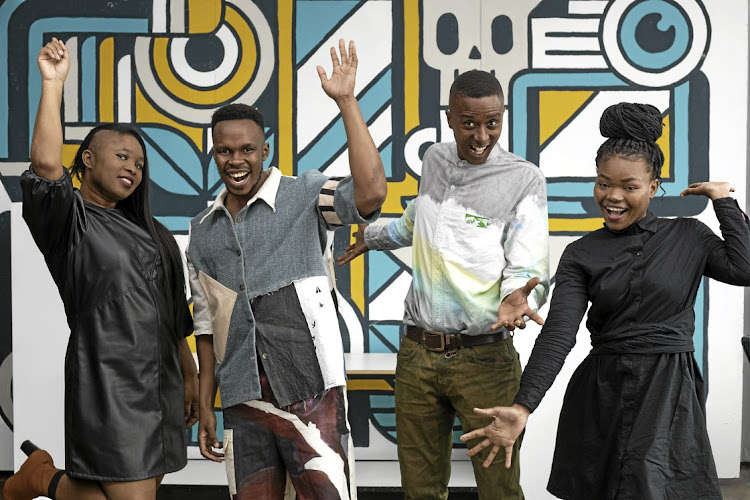 When Team SA waves the country’s flag and lines up for the prestigious parade of athletes at the Tokyo Olympics opening ceremony in Japan next month, they will be stepping out in style thanks to the work of four unknown young Durban designers.

The creative talents of Nompumelelo Mjadu, Sandile Sikhakhane, Sipho Lushaba and Mbali Zulu will ensure that our country’s top athletes will be oozing “swag”, which most South Africans complained they lacked in the 2012 and 2016 Olympics with their ill-fitting overseas-manufactured gear.

It will be the first time the athletes will be wearing locally developed apparel at the Olympics and Paralympics opening ceremonies, as well as on the podium.

Following the outcry in previous years, the IFP recently posed a parliamentary question to sport, arts & culture minister Nathi Mthethwa, raising the issue of whether, “in light of the outrage regarding the tracksuits worn by Team SA at the 2016 Rio Olympic Games, his department intervened to ensure that a similar mistake does not occur at the upcoming Olympics”.

Mthethwa responded in a written reply that his department had not intervened as it was an “administrative matter the South African Sports Confederation and Olympic Committee (Sascoc) is empowered to deal with”, and indicating that the body had secured sponsorship from Mr Price and was including local designers on the team.

• July 23 - When the opening ceremony is scheduled to take place at the Olympic Stadium, Tokyo

• 33 - The number of sports competed in at the games

Sascoc, together with Mr Price, which landed a four-year deal to supply Team SA’s apparel for major world events, including the Tokyo Olympic and Paralympic Games, are keeping the finer details of the kits under wraps until the unveiling in Durban on Thursday.

In the meantime, the designer foursome, who were part of the eThekwini municipality’s Durban Fashion Fair (DFF) mentorship programme last year, can hardly contain their excitement.

The designers have hinted at what they have incorporated in the kit.

Self-taught contemporary artist and designer Sikhakhane, from Ndwedwe, north of Durban, earned his spot on the design team after winning a “Zero to Hero” award at last year’s DFF mentorship programme.

Sikhakhane, 27, said: “We got to talk to the athletes face to face about what they envisioned for their kits.

Lushaba, 27, a professional designer who specialises in ready-to-wear, bespoke fashion, was included in the design team after displaying his talents at the DFF mentorship programme.

“The influences we used when creating the designs for the team were mainly to incorporate the Mandela dream and represent it by taking elements of the famous Madiba shirt and using current trends as well.”

Mjadu, 32, has had an eye for fashion and design since childhood and received a “Rising Star” award as part of the DFF mentorship programme that secured her spot on the design team.

“I feel very excited,” she said. “Mandela once said sport has the power to change the world, so the designs were inspired by him to unite people through sport. We also incorporated elements that stand out in our diverse country, like the Protea and the Big Five.”

Nonku Mthembu, deputy head of the eThekwini municipality’s SMME development unit, said the designers’ participation in the DFF had created an opportunity for them to be seen and launched in the industry. “And that’s how our relationship with Sascoc started, when they saw new talent from the city …”

Sascoc president Barry Hendricks said: “This is a momentous occasion in which Team South Africa will participate in the world’s biggest events, kitted and dressed by a South African brand, a first of its kind.”

SA under-23 coach David Notoane has been forced to alter his plans for the Tokyo 2020 Olympic Games after a mini tournament that was to be played in ...
Sport
2 weeks ago

The president of the Tokyo 2020 organising committee ruled out a cancellation or further postponement of the Olympics as doubts swirled among city ...
Sport
2 weeks ago

The president of the Tokyo 2020 organising committee ruled out a cancellation or further postponement of the Olympics as doubts swirled among city ...
Sport
2 weeks ago