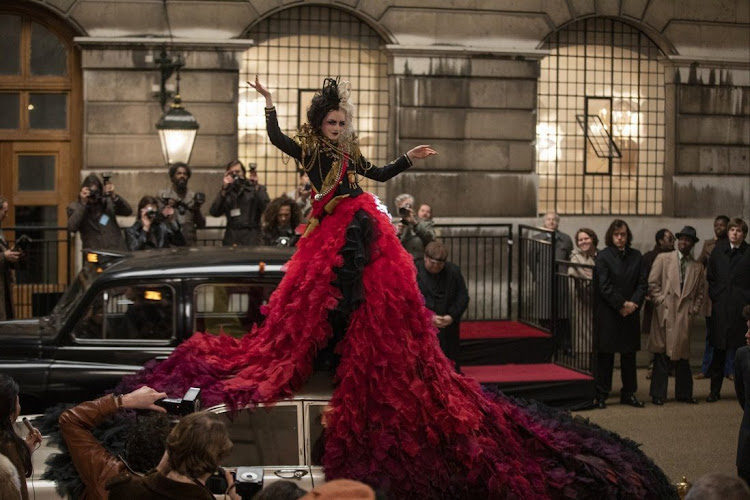 When you spend 16 weeks preparing for a 14-week shoot, you know the result is going to be spectacular, especially when the costume designer is 10-time Oscar nominee Jenny Beavan. She's won twice for Room with a View and Mad Max: Fury Road.

OBE-awarded Beavan was tasked with creating the clothing spectacle for Cruella, the original story of the animated classic, 101 Dalmations. Disney cast the two Emmas - Stone and Thompson, as the young Cruella De Vil and her nemesis, The Baroness, respectively, in a film that ultimately results in Stone's twisted fashion designer, lusting after the pelts of adorable puppy Dalmatians.

"It was a massive undertaking," notes the Brit costume designer, talking from the UK via Zoom. "It's about fashion. It's about clothes. It's a dense script. You see a complete arc of Cruella's journey from being a young, rebellious kid who enjoys attire, to a fully fledged, very individual type of fashion designer." 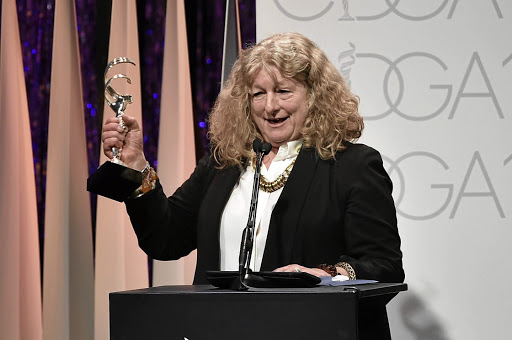 To create the 47 looks for Emma Stone's character, the costume designer arrived at the star's LA home with 10 suitcases. "We'd never met, but Emma Stone is a wonderful human being," Beavan notes of the La-La Land Oscar winner. "We set up in her garage, ordered a very jolly lunch, and did the fitting in her kitchen," she comments as though it's everyday-normal.

"We had a great session. She has the ability to embody and own the clothes you put on her. It was very exciting going from 20-year-old Estella to the last looks that turn her into Cruella De Vil, and as we were trying them on, she was collaborating."

Says Stone, who's also a producer on the film, "The character is so intoxicating. How much of Cruella is in Estella, and how much of Estella is in Cruella?"

WATCH | The trailer for 'Cruella'

Out of that casual though intense exploration of the look Cruella would embody, was born the spectacular red gown built on the bones of a cheap dress Beavan picked up in Beverly Hills. "The colour was great, she looked marvelous in it. At one point I thought, 'This could work. She looks so good'.

"In the film, the dress plays at a pivotal moment, created from one of the Baroness's dresses that Estella has seen in an artist vintage store in Portobello. It's a deconstruction - the bust from the Baroness's original design, the rest cut into strips using fabric from a massive stole. It had to have credibility and impact.

"At times, the whole garment table was surrounded with young stitchers frantically stitching 5,056 petals onto Cruella's car dress, taking up half of the design studio at Shepperton Studios."

Beavan took inspiration from the Met Gala, Dior, Balenciaga, and old magazines of the period. "Vogue is available online. For the Baroness I went high fashion. Emma Thompson has a stunningly good figure and loves wearing clothes like this, which also brings something to the whole costume. If someone just stands in it - they just stand in it. But she embodies it."

For the young Cruella, Vivienne Westwood and Galliano were inspirations. Beavan had to create two fashion lines for the Baroness's 18th-century ball which had "a Marie Antoinette influence. The guests are 18th-century with '60s jewellery, hair and makeup".

No matter how prepared one is, shooting brings unforeseen challenges. "We shot a scene one November night, freezing cold, outside in Greenwich, right by the Thames where it's colder than anywhere. They had a fountain, which blew in the wind so every-thing got quite wet, including the dancers. It was quite an event." She chuckles. 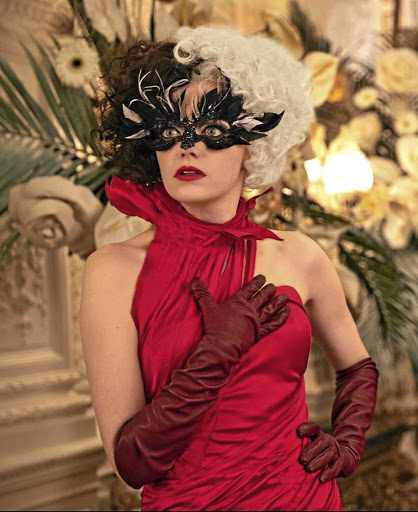 One of the costumes Jenny Beavan created for Emma Stone to wear as Cruella De Vil.
Image: IMDb 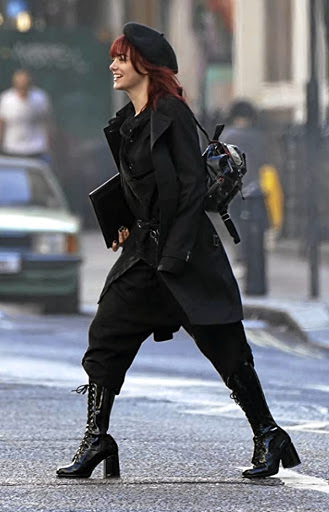 Emma Stone as the title character in 'Cruella'.
Image: IMDb

Despite the daunting schedule and couture-like garments, Beavan eschews the idea that this has been her most challenging gig. "I would say Mad Max was."

Having made a name creating, in her words, "lovely period dramas of a particularly English sort - Victorian and Regency - I think people were surprised I could tackle the post-apocalyptic world in a rather disgusting way", she declares with some delight.

Despite Beavan's naysaying, Cruella takes heightened haute couture to a level fashionistas are going to love. The attention to detail (not merely of the leads) - the principal cast alone had 227 costumes - Stone 47 and Thompson 33 - not to mention a supporting cast that ballooned well beyond 250 with over 500 pairs of shoes needing to be acquired or created - makes the film worth seeing as style inspiration.

"I did have a complete moment of terror and panic about whether I could do this," she finally confesses. "But I remembered these wise words: bite-sized chunks vs trying to do all at once."

She laughs. "That got me through."

Zimbabwean-born actor Regé-Jean Page sizzles on screen in Netflix's popular period drama, and his costumes add layers to his sexiness
Lifestyle
8 months ago

Acclaimed costume designer Ruth E. Carter on bringing the world of Wakanda to life through fashion and why her costumes resonate strongly with ...
Lifestyle
3 years ago