Botox for beginners: here's what it's really like the first time 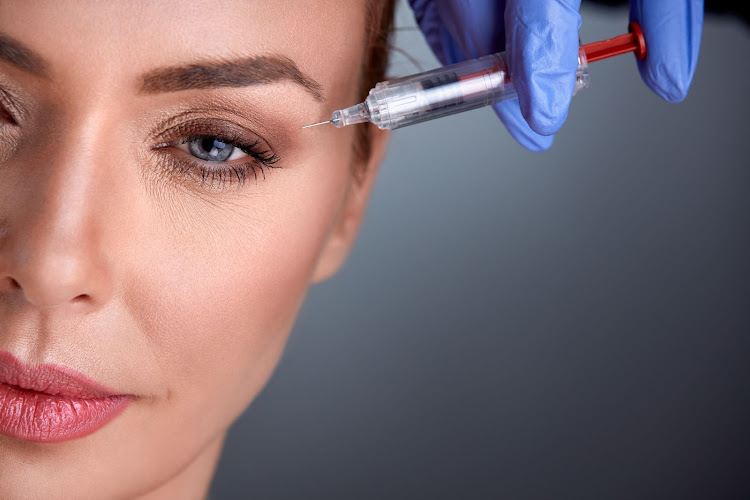 The average price for a crow’s feet Botox treatment is R960.
Image: 123RF/luckybusiness

Anyone who tells you they're not interested in looking younger than they really are is likely being economical with the truth. Nobody loves the wrinkles that appear as one ages. There are many ways to improve the youthfulness of your skin, but one sure-fire feel-good quick fix that gives instant results is Botox. It's touted as the elixir of youth and its acolytes could well be right.

I'd always shied away from the idea of any sort of cosmetic surgical or even nonsurgical intervention to deal with the wrinkles that after the age of 60 start gathering, rather like Badges of Honour, a testament to a well-lived life.

But I've also often wished I was a tree that grows more beautiful and majestic with the passing years, keeping its age-lines well concealed inside its trunk.

Botox is a neurotoxin discovered in the 1970s, derived from the bacterium Clostridium botulinum. If eaten in contaminated food, it can cause paralysis and even death. But, injected in minuscule doses into target areas, it can cause muscles to relax, creating a smoother appearance. It was discovered by accident by an ophthalmologist, Dr Alan B Scott, who started using it to treat cross-eyed patients.

Exactly how Botox would work on my face was explained to me by Dr Lynette Sauermann at the Eximia Belle clinic in Pretoria, which specialises in remedial skin treatments.

She advised that my forehead was not suitable for Botox — something about it being too short between the bridge of my nose and my hairline. The best area for me to test the water for this rejuvenating treatment, she said, was on the crow's feet spreading out from the corners of my eyes.

Being needle-shy, I was nervous, but Eximia Belle proprietor Joha-Nel van Zyl held both my hands as I braced myself for searing pain. There was none. The slightest pinch and that was it.

This was a far cry from my sister Claire's first and only Botox experience. She wanted to get rid of the frown marks between her eyes. The person administering the jabs did not argue with her and she spent the next week hardly able to open her eyes.

“The guy who injected me was a qualified 'technician'. He wasn't a medical doctor who understands how the myriad muscles in your face actually respond to Botox,” she complained.

So Sauermann's call about not injecting me between the eyes was spot on, as my sister and I have similar facial features; I avoided an extremely unpleasant experience.

It's crucial that an experienced medical doctor specialising in aesthetics performs Botox treatments on patients to avoid unfortunate side-effects as far as possible.

By inhibiting the face's ability to frown, the mind interprets this lack of stimulus and settles on more positive emotions

Though Botox has earned the reputation of being the elixir of youth among the ageing-averse, it's also been usefully used for a wide range of medical ailments, including neck spasms, lazy eye and facial tics. It can also relieve chronic migraines and has been found to relieve symptoms of depression, anxiety and irritability.

“One of the ways it does this is linked to the facial feedback hypothesis, which states that a smiling expression uses muscles that play a key role in how the brain evaluates mood. Meaning our facial expressions contribute to the way we feel. By inhibiting the face's ability to frown, the mind interprets this lack of stimulus and settles on more positive emotions,” said my gentle doctor.

A week after the treatment, I was extremely pleased and grateful for the experience. Three months later, the lines still have not returned and I'd like to think I've taken a few years off my face, which I'm sure is true, judging by the positive comments I've received. My daughter has diplomatically said her friends say I only look 50 now. I'll accept that with pleasure.

Postscript: I was lucky enough to find Sauermann to allay my fears and do a good job, but there are many aestheticians who are qualified medical professionals. It's important to do research before getting any sort of cosmetic aesthetic treatments. Shop around. Other good choices could be one of the Skin Renewal or LightSculpt clinics dotted around the country. But there are many more. The average price for the crow's feet Botox treatment is R960.

How exercise could be wrecking your skin

Until beauty therapists are back in business, take matters into your own hands and try this DIY facial designed to lift sagging skin and give your ...
Lifestyle
1 year ago

The 'Zoom Effect': Plastic surgery on the rise in SA during the pandemic

With many South Africans working from home and making virtual video calls, people are seeing more of their own reflections ... and deciding on ...
Lifestyle
6 months ago