How funky velskoene ended up on the SA Olympic team's feet 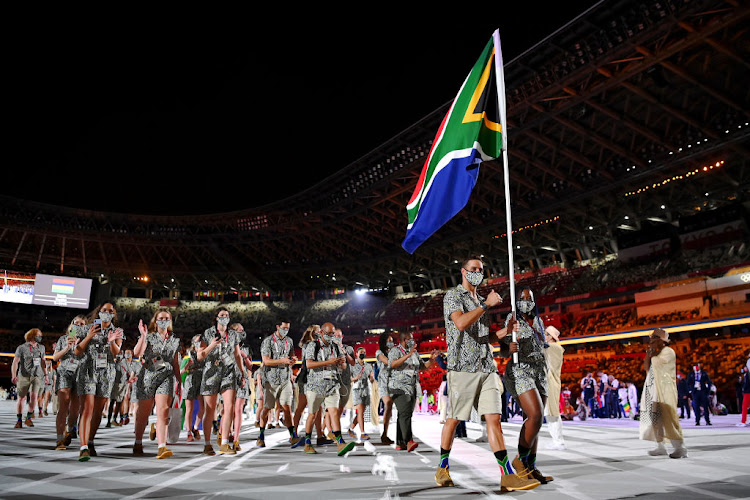 SA has felt no shortage of national pride during the 2020 Tokyo Olympics. Not only have our athletes won a handful of medals so far but swimmer Tatjana Schoenmaker smashed a world record.

For the team behind local shoe brand Veldskoen there’s been an additional reason to feel proud. As one of the official brands dressing Team SA, they believe they’ve taken their slogan “sharing our South African-ness with the world” to new heights.

It seems only fitting given that the idea to start the brand was inspired by the opening ceremony of the 2016 Olympics in Rio where Team SA wore tracksuits that were made in China — something Mzansi had a lot to say about on social media.

“[Veldskoen founders] Nick Dreyer and Ross Zondagh [were among those who] felt that the athletes should have worn locally made apparel. They began imagining what they could have been wearing that would have better represented SA,” says Anna Greenfield, the brand’s head of content.

Zondagh, now the company’s MD, suggested a pair of vellies — the iconic SA shoe made of animal skin — but Dreyer felt that this wasn’t a fashionable option. The answer to this predicament was to put a fresh spin on the classic by giving it brightly coloured soles and laces inspired by the SA flag. Soft pink, hot pink, grey and orange were later added to the mix.

At the time, of course, Zondagh and Dreyer had no idea that Veldskoen would become the official footwear brand of Team SA.

“It was a dream,” Zondagh says. “One that we didn’t realistically say would come true. [But] the great thing about going for your dreams is that sometimes they come true.”

As rings true in almost every situation, it is impossible to please everyone.

This time round, some social media users felt our athletes resembled rangers in the Kruger Park or people going on safari. Other memes likened them to khaki-clad farmers.

It looks like they went straight from Kruger National Park to Tokyo but it’s way better than the tracksuits I expected.
Good luck #TeamSA #Tokyo2021 #Tokyo2020
🇿🇦🇿🇦🇿🇦

Mr Price has the team looking like land owners/farmers 🤣 https://t.co/kvvgBAZjkn

Not bad at all #TokyoOlympics #TeamSA

But the team from Veldskoen took no offence.

“We realise fashion is subjective,” says Dreyer, the CEO of Veldskoen. “Our intention has always been to create a product and a brand that all South Africans could proudly identify with.

“Veldskoen’s entire ethos is about love for our country and pride in what South Africans can accomplish. The brand is only five years old and we still have far to go.”

It was a race against the clock, with many hurdles to jump, and they are ‘proud’ of their efforts
News
1 month ago

A touch of Madiba, the Big Five and the protea for Team SA’s Olympics kit

The creative talents of four young Durban designers were showcased on Thursday evening when the SA Sports Confederation and Olympic Committee ...
Sport
3 months ago