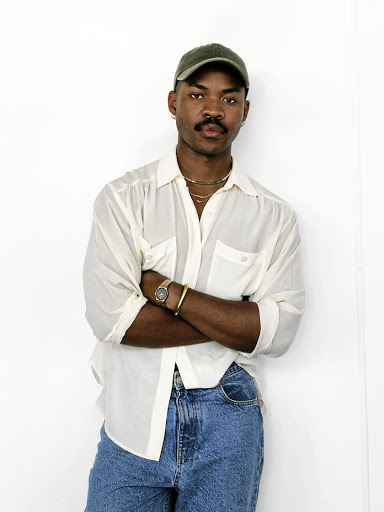 Designer Lukhanyo Mdingi is one of the joint winners of the 2021 Karl Lagerfeld Prize. File photo.
Image: Jesse Navarre Vos

This prestigious annual competition, run by LVMH, the parent company of luxury brands including Louis Vuitton and Hermes, aims to discover the globe's next big name in fashion.

Mdingi was one of nine international finalists in the running for the 2021 prize, which ultimately went to London-based Albanian designer Nensi Dojaka.

While Mdingi might not have bagged the big win, his work was still lauded by the judges, who included fashion luminaries such as Stella McCartney, Marc Jacobs and Virgil Abloh.

Mdingi was named the joint winner of the Karl Lagerfeld Prize — a special award given as part of the overall competition — together with America's Colm Dillane and China's Rui Zhou.

It's the first time that this award, which comes with the prize of a year’s mentorship within the LVMH group and €150,000 (about R2.5m), has been shared among three designers.

“I’ve always believed that the power of a collective is far greater than that of a singular and I think that this prize is testament to that,” said Mdingi while receiving his award on Tuesday.

In this spirit, it's fitting that Mdingi winning designs came from his eponymous label's recent Coutts Collection. This commemorative range was inspired by the designer's late friend and fellow fashion designer Nicholas Coutts, with whom he'd previously collaborated.

The 2021 LVMH Prize semi-finalist has crafted a sartorial tribute to his close friend, the late fashion designer Nicholas Coutts
Lifestyle
1 year ago

From oversized to acid washed, we’ve found our latest denim inspiration on the city streets. Here's everything you need to get the look
Lifestyle
8 months ago