Would you pay R30k for dirty, broken sneakers?

Is this trash or is it art? 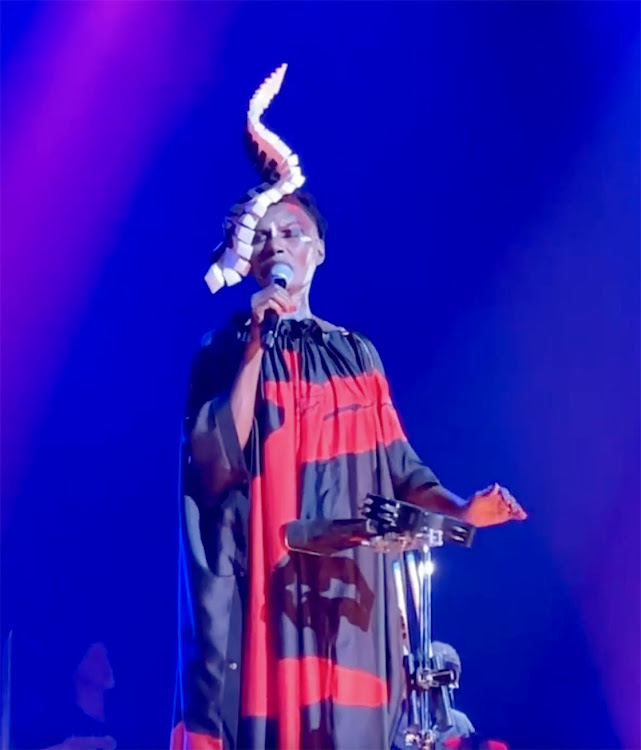 Where does the distinction between visionary artwork and crass outrage marketing lie? If a piece is received as trash by the consumer, then is it trash? What if the consumer is wrong? Can the consumer be wrong?

Those are the questions I pondered trying to wrap my head around the luxury brand Balenciaga’s new offering, the limited-edition Paris sneaker. It is a shoe that looks like that of a homeless person who has no choice but to wear it.

Balenciaga announced the shoe to a social media frenzy. My favourite comment on the decrepit-looking sneaker was that it is “just perfect for the walking dead”. I couldn’t agree more. Others took to social media to point out how the sneakers are in poor taste, trying to cosplay as homeless. With a price tag of more than $1,850, which is about R30,000 in SA, one could easily agree with the barrage of social media hate. A homeless person has no choice but to wear the same shoes repeatedly.  Is it not extremely offensive then, selling sneakers for R30,000 to mimic that disadvantaged shoe?

The answer is yes. It is also a conclusion arrived at without exploring the reason for the shoe, and the creative directors’ choices. I chose to change my perspective. To view the shoe as art. To investigate the rationale behind the Paris sneaker.

Is fashion art though? British design critic and author Alice Rawsthorn told The Guardian that fashion isn’t art and has a practical purpose, intended to be worn. Why pretend that it is anything else? Respectfully, I think that is a narrow view of fashion and art. What is architecture but the art of technique, design and building? Buildings such as the pyramids of Giza are beautiful works of art. They are also practically tombs for the dead.

Alexander McQueen’s 1995 autumn/winter show titled Highland Rape was a profound showcasing of tartan pieces torn and distraught. The collection was a study of England’s pillaging of his ancestorial homeland Scotland. The show’s title, paired with the slashed garments modelled on women’s bodies, drew much outrage. The designer defended his standpoint, saying consumers were unintelligent in thinking the collection was about anything other than Scotland’s unhappy history. A harrowing message, and the garments were definitely wearable. Should art be impractical just to be deemed art? I don’t think so.

From the streets to the runway: 'As African people we’re inherently born with the love of looking good'

You’re young, unemployed, fashionable, and your swagger gets jacked by high fashion houses because of it.
Opinion & Analysis
2 months ago

Good art, according to Goodman Gallery curator Shea Mlandeli-Machiri, means to be divisive, to be thought-provoking and to “comfort the disturbed”. Balenciaga is making people squirm, but why are you squirming? Why does the sneaker make you feel uncomfortable? The purpose of art is to spark a question or provoke self-reflection.

An example of provocative art is Brett Murray’s The Spear, which depicted Jacob Zuma in a pose reminiscent of Vladimir Lenin with his genitalia out. Met with waves of uproar and condemnation from the ruling ANC, the painting was on show in Johannesburg at the Goodman Gallery. The gallery maintained its resolve despite calls for it to be removed. It argued that such calls amount to censorship.

The painting evoked discussion about many subjects, especially the dehumanising of black bodies. Some hated The Spear because of their support for Zuma. Artists, however, are supposed to challenge politicians. As for my question about where the line is between crass outrage marketing and witty social commentary,  Mlandeli-Machiri says sometimes the line doesn’t exist,   and that in many cases shock value is an easy way to get people’s attention. It becomes problematic when there’s no interrogation behind the product. The intention of the artist and the reaction of the public could be different.

There’s a responsibility to be cognisant of what you’re saying, but you cannot undermine the integrity behind the message. The role of the artist to bolster their message by provoking people. Breaking away from the norm often moves culture forward. George Seurat painted nudes to much outrage; late 19th-century artists broke away and the outrage they garnered was part of their success. 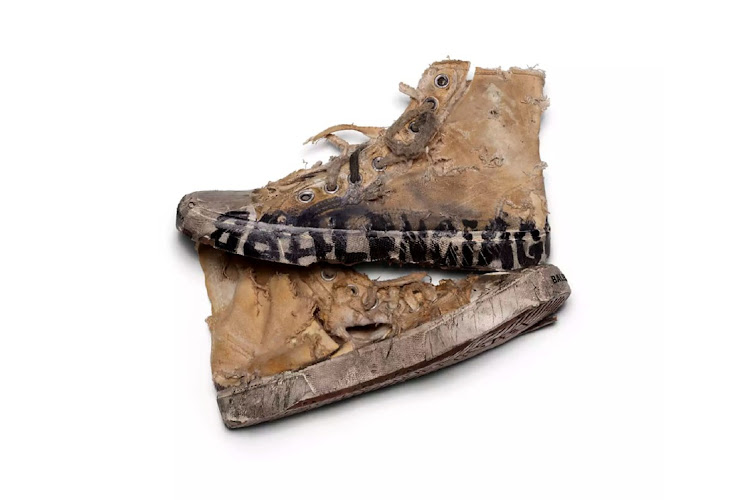 What is pushing culture forward? Both consumerism and conversation do so.  If someone has been moved it signifies a shift.

Georgia-born designer Demna Gvasalia has been at the helm of Balenciaga since 2015  and has been stirring up the industry ever since. The label’s  rave vampire aesthetic has been as breathtaking as  it is divisive. The designer has consistently pushed the boundaries of acceptable high fashion since his tenure began, with ironic fashion being his gambit of choice.

Could this be one of Gvasalia’s jokes on the consumer and the fashion industry, hoodwinking the hype beasts?  A hype beast is someone who buys clothing on the strength of the hype surrounding it;  a slave to marketers who can generate buzz.

Gvasalia’s life story is the context in which his pieces, such as the Paris sneaker — which looks like it has walked a million miles — must be seen.  The designer was a war refugee from Georgia. He didn’t grow up rich, and shoes and other items were worn until they were threadbare. 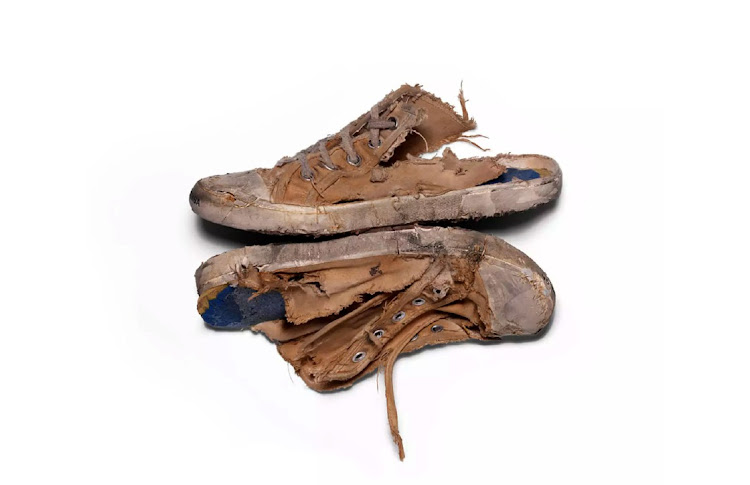 He’s drawing from his past in his creative expressions for the Spanish luxury brand. This was apparent at the brand’s spring/summer 2023 collection, a collaboration with Adidas, which debuted last month on the trading floor of the New York Stock Exchange.

Similarly, local designer Thebe Magugu tells his story through his garments. A segment from Magugu’s spring/summer 2022 Genealogy collection reads: “All these women, living under the same house, sharing and workshopping clothes out of necessity; each developed an interesting and hybridised sense of style.”

This a just a different story of poverty and fashion without the outrage. Magugu’s pieces aren’t cheap either. A pair of boots fetch more than $1,000. Maybe Thebe is better than Demna? Perhaps. Do I like the Paris sneaker? No, it’s an overdone silhouette. I love the story though. 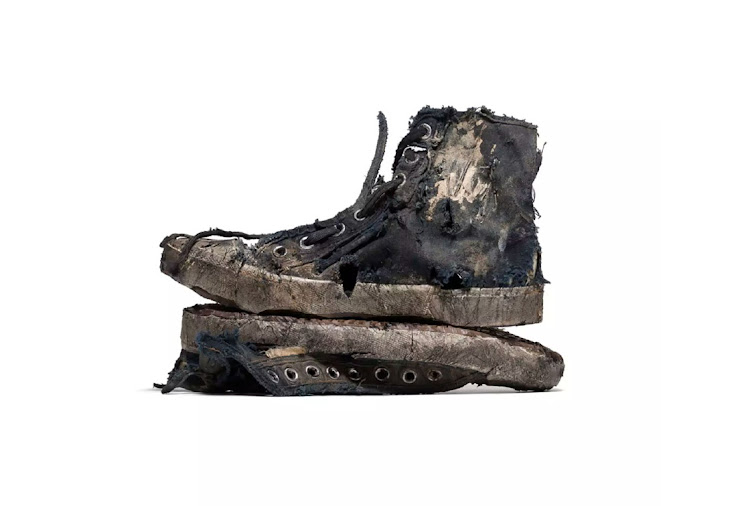 Artists tell stories through a visual medium. We should try to discover their artistic rationale. It can be quite handy to do so, especially when you’re trying to justify buying a R30,000 pair of busted-up All Stars.

WHAT THE WORLD SAYS

In an article titled “Why are we all obsessed with dirty sneakers again?’, Vogue’s Liana Satenstein wrote: “Whenever this trend comes around, it does indeed raise eyebrows. (How could it not? There are  people who cannot afford to purchase walkable footwear.) And yet these extremely well-loved clothes oddly can signify wealth, like someone has already become as successful as they want to be and can’t be bothered to prove themselves anymore. Look at the Olsens and their completely stained and faded rotation of bags, ranging from an Hermès Birkin to a modest Balenciaga City (though they balance this insouciance with impeccably tailored clothes). Or consider Adam Sandler, whose schlub style made him the most searched Google trendsetter from 2021.”

Liya Su of the South China Morning Post reported that: “Luxury fashion brand Balenciaga was panned by Chinese consumers after it launched a 12,000 yuan (US$1,850) trainers line that looks like they have been fished out from the rubbish dump to promote environmental protection. 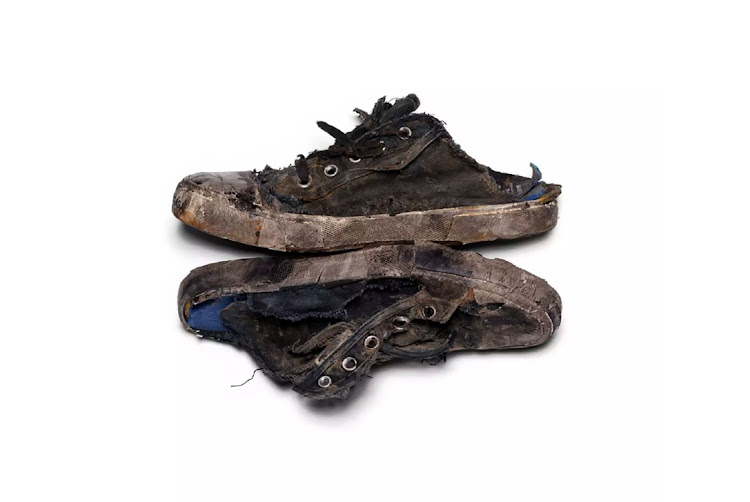 "Balenciaga announced on April 9 that only 100 pairs of these limited edition trainers would be available for its new campaign promotion. There was a separate release of trainers that look a bit less beaten up in March and cost between US$495 and US$625.

“The shoes went viral on Weibo this week and were widely criticised as being too ugly to be an effective awareness tool but more as an example of tone-deafness from wealthy people.”

Marion Hume wrote in the Sydney Morning Herald: “I started several sentences with “WTF …” As, indeed, did hundreds of thousands of others who took to social media to vent about a “must-have” item many saw as fetishising poverty, at no less than $2250 a pair. Debate about the Paris Sneaker generated an estimated $5 million in media-impact value in just 48 hours. You couldn’t make it up. Yet there we were, having done, well, pretty close to that.

“Balenciaga’s disruptive creative director, Demna Gvasalia, is great at getting attention, as the Paris Sneaker melee shows. But what if he got the fashion world talking instead about the future of footwear, of using natural or recycled materials which, at the end of a long life, might fully decompose? Harnessing its creative energy not to make faux poverty trendy but to work out what billions of people should be putting on their feet?”

Meanwhile, the Salvation Army has launched a counteroffensive. According to fashion analysts Highsnobiety: "The international charity just launched ‘Truly Destroyed’ a website and fundraising initiative spotlighting threadbare shoes that once belonged to houseless folks — footwear that looks uncomfortably similar to Balenciaga's $1,850 sneakers.

“Mimicking the design of Balenciaga's website and campaign imagery, Truly Destroyed invites viewers to ‘discover the collection,’ a range of dirty, yellowing shoes priced at €1,450. Each ‘product page’ boasts details including ‘painful fit,’ ‘detached sole,’ and ‘blood residue’. Visitors are prompted to donate to Salvation Army, which helps provide food, housing, and financial assistance to those living in poverty.”