About 35,000 people set to soak up food, fashion and fillies at the Durban July 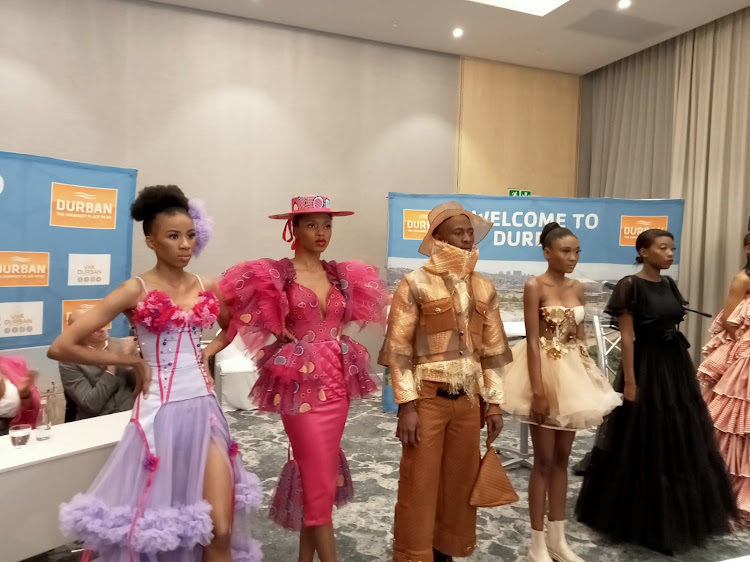 Food, fashion and fillies will be on display at this year's iconic Durban July on Saturday
Image: Mfundo Mkhize

At least 35,000 people are expected to descend on the Greyville racecourse for the iconic Durban July on Saturday.

Speaking at a press conference on Tuesday, eThekwini mayor Mxolisi Kaunda said the event would have “handsome” economic spin-offs for the city.

He said the expected spend would be about R145m.   At least 740 people would be employed as a result of this event.

“We believe these numbers are likely to increase following last week’s welcome announcement of the relaxation of Covid-19 restrictions,” said Kaunda. He added that the lifting of these restrictions also signalled a turning point for the hard-hit tourism industry.

“Even before government’s announcement, there had already been growing interest from visitors to come to Durban.”

Kaunda assured visitors that law enforcement would be on high alert to ensure their safety.

Sponsor Hollywood Bet’s commercial manager Sandisiwe Bhengu said: “For us this is a critical moment and we aim to make the sport of racing accessible to people of all races and all cultures across the country. We will bring excitement.”

The company has doubled the prize money from R1,000 to R2,000 for the groom whose horse wins the main race, which carries a prize of R5m.

“The excitement really is palpable and it is shared by all,” said Bhengu.

She said organisers had also looked at the involvement of small and medium enterprises in this year’s July.

Gold Circle’s events and marketing manager Stephen Marshall said: “We commend them for jumping at this opportunity even though the landscape hasn’t been certain.”

He said the sports racing company had breathed new life into this year’s event, with the work having started as early as February.

“There are so many businesses that have been impacted in the last two years. We are happy that the entertainment, hospitality and tourism industries can once again benefit from the far-reaching revenue that nears R300m,” he said

Fashion designer Kwenza Nkomo, who runs the Indoni fashion house in Glenwood, said she looked forward to this year’s event.

‘No Cyril, no speech, no family meeting?’ — Schalk Bezuidenhout on ‘anti-climatic’ scrapping of face masks

"What an anti-climax. It’s over, like really over. Lekker but I thought we would have some fireworks or something at least," said comedian Schalk ...
TshisaLIVE
1 month ago

Surprise, jubilation, anxiety and fear on the streets as face-mask rule is scrapped.
News
1 month ago

Who's ready to go to big festivals and concerts? Scorpion Kings already has one coming in July!
TshisaLIVE
1 month ago