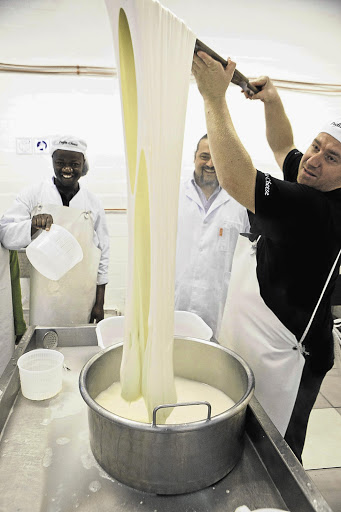 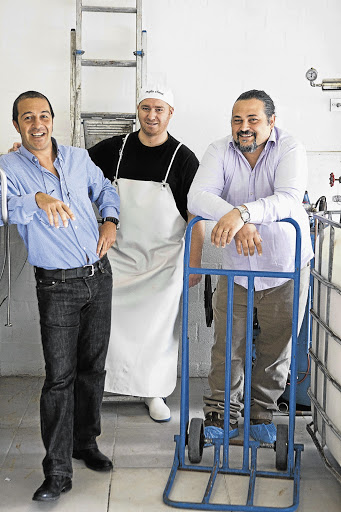 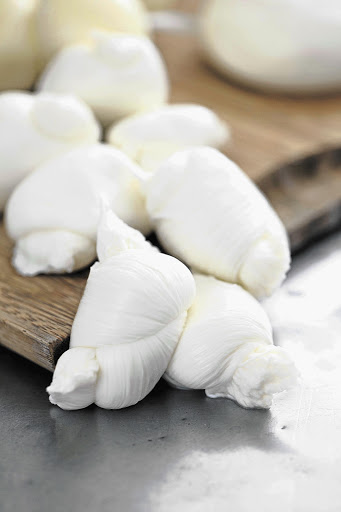 Three Italian friends from Puglia, who make mozzarella in Cape Town, told Russell Wasserfall why winning a South African award made them cry

When it was announced that Puglia Cheese had won four prizes, including two category winners, at the South African Dairy Championships in April this year, Davide Ostuni did what any self-respecting Italian man would do. He cried like a baby. He and his friends, Fabio Fatelli and Cosimo Rotolo, stood hugging each other, laughing and crying at once.

These three very different characters from Puglia, in the heel of Italy, have come together to make mozzarella in Cape Town. Ostuni is the expansive one, full of stories about the old country, the love of food, learning to cook at his mother's knee. Fatelli, though more reserved at first, is the joker, and their little factory in Montague Gardens is a joyful place to be. Rotolo, the master cheese-maker, is the quiet one who just gets on with things in the background.

Ostuni, who began visiting Cape Town on holiday in 1991, was the catalyst. He met Ursula in South Africa, married her and took her back to Italy. Her longing for home and his love of Cape Town ignited their madcap idea to move from Puglia to Africa and start a cheese business. Why? Because they could not find mozzarella to suit their taste in South Africa.

"Italians have cheese with everything," says Ostuni. "People think it's only pasta, but we eat mozzarella like that, too. Here, the only mozzarella you could find was like tennis balls."

So he phoned the old country. As you do. One call was to Fatelli, a restaurateur friend from a neighbouring village in Puglia. The other was to Rotolo, a master cheese-maker with a formidable reputation, even in a region which claims to make the best mozzarella in Italy. It is testimony to Ostuni's passion and his magnetism that both his friends boarded planes and came to see what he was on about.

"In Europe, everything is done. Everything has been tried," says Ostuni. "Here, things are evolving and people are ready for new things. When I was first here in the 1990s, you couldn't get an espresso. Now there are espresso bars. There's so much you can do."

Fatelli cuts in: "We were crazy. No market research. We just look at the milk. Test to see if it is okay. Then we go!"

Driven by the desire to succeed and by the sense of wild adventure they felt in leaving Europe, the partners found two small dairies in the Boland providing Ayrshire and Friesland milk and started cooking it in a 50-litre pot.

Rotolo's hand-pulled cheese comes in many forms, from the traditional fior di latte ("flower of milk") to nodini ("little knots") and the less familiar - to South Africans at least - burrata (balls of mozzarella filled with tender cheese soaked in double cream). He has also created a new cheese in honour of the trio's new home. Called primo fiore ("first flower"), it is a creamy caciotta cheese that marries well with South African wines.

Once the Italian restaurants found them, Puglia Cheese was in demand. And that is the story of how Fatelli, Rotolo and Ostuni found themselves crying and being slapped on the back by the finest cheese-makers in South Africa. Makes you wonder how a melktert bakery would do in southern Italy.

Who is your biggest food influence? Although she is not with us anymore, it is still my mother.

What is your earliest food memory? Dropping an egg while my mother was teaching me how to crack it open. I was holding it as if my life depended on it, and I was heartbroken when I saw it splattered on the floor.

Do you feel guilty about coming to South Africa and stealing one of our women for your wife? No! She was the lucky one!

What could you not make cheese without? Passion.

The strangest food you've eaten in South Africa? Pizza with bacon and banana.