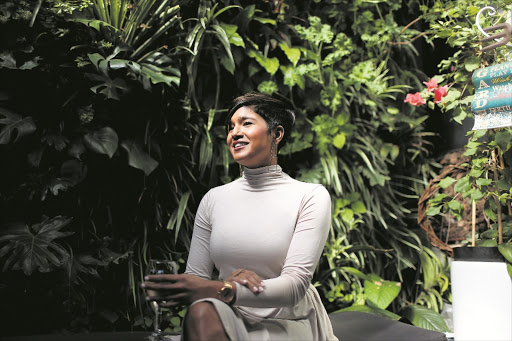 This looks like an amazing journey, unusual for a MasterChef winner. How did the idea for the show come about?

Each MasterChef winner has a different food dream. Mine was always to be involved in food media and to have my own cooking show. I spent a number of months with Girl Eat World’s producers, Donald Clark and Chris Green, trying to figure out what the concept for my show should be. Together we came up with something rather self-indulgent: the story of people like me, the story of food bloggers.

We chose bloggers over top chefs because we wanted the show to be based on my reality; I was a food blogger before winning MasterChef SA. During the course of the show, I meet with incredibly knowledgeable bloggers who introduce me to their countries though food, adventure and friendship. They give me an insider’s guide to their cities – something all travellers want.

Did you do much cooking while filming Girl Eat World, or was it entirely about eating?

This show is definitely about eating and travelling. I did get to experience great chefs and cooks showing off their skills in many of the cities I visited. For instance, I was taught how to make Risotto A La Milanese by a third-generation Milanese chef. He didn’t speak English and I didn’t speak Italian - the language of food clearly prevails.

Were there any trends that you picked up in the cities you visited?

Each city revealed itself in a different way. The commonality was that people influence the places that they visit and leave their mark through food. For example, the Japanese influence on Peruvian food is preparation in a wok and seasoned soy sauce. The Peruvians introduced the tomato to the Italians, which now forms the base of their cuisine.

What were some of the highlights of filming the show?

One of the best moments was meeting Chef Walter Staib in Philadelphia. He is a three-time Emmy Award winner who runs the City Tavern where he recreates dishes and beers that America’s founding fathers enjoyed. Such a humble soul for someone so accomplished.

Dubai came alive for me when I got to see the old city; it’s the part where traditional Emirati cuisine shines brighter than any skyscraper. I got to make a confectionary that I adore - Kunafa, which is a mozzarella-textured cheese topped with colourful noodles drenched in syrup. It hits the sweet-savoury balance perfectly.

This isn’t quite a low moment but was ceratinly memorable. In Copenhagen, they ride bikes. So, when in Copenhagen …  right? We had a whole segment planned where I would ride a bike. I hadn’t ridden in a decade and the team saw I needed to get ‘my sea legs back’ so they sent Mia (our featured blogger) and me off for a cruise around the block. I got side-tracked by the scenery and drove straight into a line of stationary bicycles. No bruises, expect to my ego.

What's next for you?

Once we’re done with the digital execution of season 1, I would love to shoot a second season. Write a book. Shoot a third, fourth and fifth season, perhaps.

What can viewers take away from your experience that is different from other travel-food shows?

The powerful part that digital media plays in both food and travel is really prominent in Girl Eat World. I hope that viewers can see how much is shared online and how great relationships can be formed based on nothing but the internet and an obsession with food and travel.