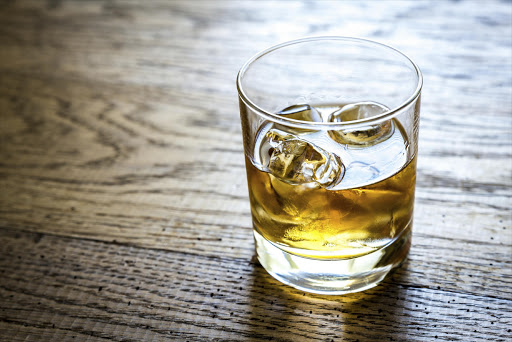 Whisky on the rocks.
Image: iStock/AlexPro9500

Andy Watts, master distiller, The James Sedgwick Distillery in Wellington is a man who likes to keep busy.

Since taking over the distillery in 1991 he has revitalised the range of Three Ships blended whiskies and, in 2009, launched South Africa’s first single grain whisky. Unsurprisingly, Bain’s Cape Mountain Whisky was a runaway success.

And yet it’s single malts that get most whisky lovers excited, and the release earlier this year of rare single malt from the distillery’s barrel storehouses generated plenty of buzz. The object of their affection? South Africa’s first single cask single malt whisky.

While limited-release single malts from Africa’s only commercial whisky distillery are reason enough to get excited, Watts added another layer of intrigue by maturing a portion of the whisky in barrels that had held Pedro Ximénez (PX) sherry.

“Pedro Ximénez is a white Spanish wine grape varietal used for the production of a sweet-style sherry,” explains Watts. “The raisiny richness it imparts to the cask was the perfect finishing touch I wanted to complement the smokiness of our single malt with some sweet, nutty flavours.”

Watts has long been a fan of the smoky malts typical of the island of Islay, where he spent time making whisky, so no surprise that the whisky balances an elegant smokiness against the sweet notes from the sherry cask.

The single barrel of whisky allowed Watts to release just 800 bottles of the Three Ships 10-Year-Old Single Malt Single Cask PX Finish, each bottled and numbered by hand. The bad news is that of the 800 bottles, 400 were snapped up in an online auction in late October. The remainder are available, if you’re lucky, through selected liquor outlets.

But if you miss out on a bottle of the PX Finish don’t shed a tear into your tumbler. In March next year Watts will finally release the next batch of his popular Three Ships 10 Year Old Single Malt, which will now become a permanent part of the Three Ships range. Cheers to that.