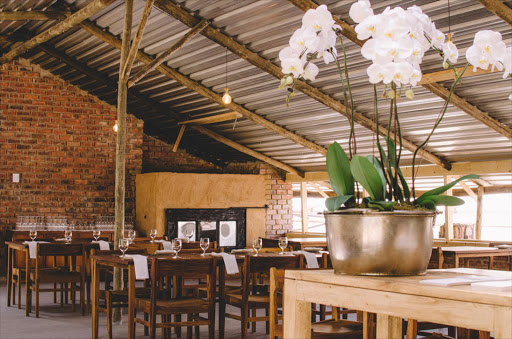 Considering the fact that the French term fermier translates to farmer, Fermier restaurant makes sure to include local conscientious, small-scale farmers in every way possible. “Waste not, want not” forms a big part of the philosophy Fermier strives to abide by.

Adriaan Maree brings to the table a wealth of experience with a CV that includes some of the best local and international restaurants, such as Grande Provence, Rust en Vrede, Roots, Wild Honey and Michelin star restaurant Hibiscus in London.

Having learnt from great chefs such as Peter Tempelhoff and Claude Bosi, it is no wonder that he was appointed executive chef and selected as a young master chef to keep an eye on in 2013.

Bringing together all of his talent, experience and passion, Fermier restaurant was born.

The menu consists of a seven-course set menu that includes a flurry of seasonal textures and flavours.

The menu allows for changes in terms of availability of ingredients and produce according to season. With first and second servings of meat, it’s not only the tender cuts are used but rather the whole animal. This shows that the menu is also an extension of the restaurant’s holistic approach to produce. Expect to find beautifully plated modern cuisine served in a riveting way that will leave you wanting more.

It all started with a vision and a few lines in the sand at the back of the Karoo property. Not only was Adriaan involved in the building of the restaurant, his vision along with Karoo Yard owner, John du Raan, extended to using what they had available on the premises.

Fermier’s walls have risen from rammed earth taken from the Karoo property, a conscious way of building where you make use of what earth has been dug up. Fermier’s crockery is handmade by Elza van Dijk, who runs her pottery studio from Karoo Square.

Even the tables and chairs were crafted a few meters away from where the building has risen, making not only for a beautiful space but also one with character. Call 076-072-5261.