Myth busted: Yes, you should salt meat BEFORE cooking it 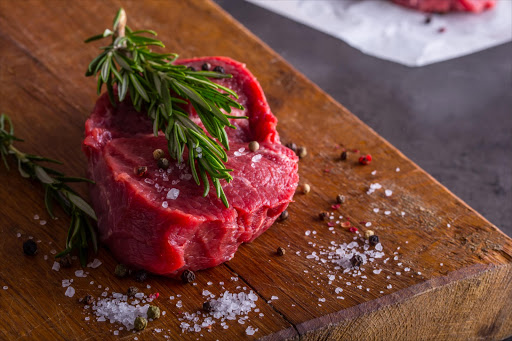 Many people believe that salting meat before cooking will suck the juice from it and dry it out. The opposite is true.
Image: iStock

Take advice about how much sodium to eat with a pinch of salt, says Andrea Burgener

When did the salt demonising start? The job has been done so thoroughly that most of us can't even remember a time when the stuff was considered not just benign but beneficial (as indeed it is).

For centuries, people ate salt with little concern and little sign of the diseases we now see in epidemic volumes. Sodium chloride is like nothing else we consume. It's the only rock we eat, and it's an essential nutrient.

Like almost all government food edicts, the advised salt reductions have no basis in research. None at all. That's pretty surprising, given the force and dogmatism with which salt reduction is pushed (or perhaps it's not so surprising, given the BS put out by governmental agencies and the media on everything from the apparent health benefits of soy to the claimed dangers of "high" cholesterol). For every study showing populations with low salt intake and low hypertension rates, there's another showing the opposite.

Unless you have no taste-buds, it would be difficult to take in the levels of salt that would be harmful and still enjoy your food. In fact there is far more proof of illness and death caused from severe salt restriction than from "too-much" salt, whatever that magical amount is.

Should you worry about the iodine added to salt? There's disagreement over that. One medical practitioner thinks that iodine supplementation will only be necessary in the case of nuclear fall-out (so don't forget to rush for that iodated salt after Trump does his thing). Many others reckon it's benign at the amount added to salt, but are less happy about the volume in iodine supplements. If you're eating some eggs and fish, or the odd bit of seaweed, you can happily stick to iodine-free salt. No need for the expensive pink Himalayan stuff; plain coarse kosher salt is just fine.

I've touched on meat salting before, but because it's such an oft-asked question, I think it's worth a further mention: many of us have been brought up to believe that salting meat before cooking will suck the juice from it and dry it out.

In fact, the exact opposite is true: when meat is given the chance to properly draw in salt, this enables the cells to better hold onto their liquid under heat.

To get noticeable benefits, you should salt very well ahead. Grind the salt if it's coarse, and use about double the amount you'd add at table for taste. Anything from six hours is good, but the closer you get to around 24 hours, the better (after this, things plateau). Provided you aren't aiming for well-done, this should be the juiciest steak of your life.