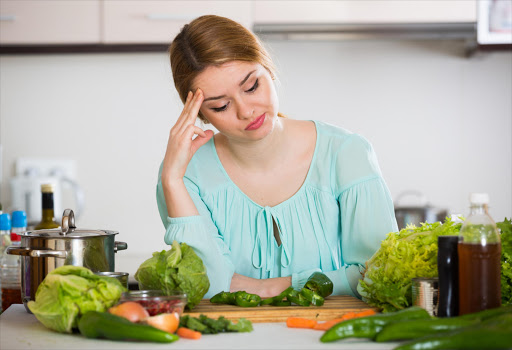 There are ways to mask the taste of vegetables if you find them yucky.
Image: iStock

Do you hate vegetables? You’re not alone. About 20% of the population are “super-tasters”.

Super-tasters have more taste buds than other people and are super sensitive to the bitter compounds found in some food and drinks, even at low concentrations.

If you have inherited super-taster genes then cruciferous vegetables (flower vegetables in the cabbage family) like bok choy, broccoli, Brussels sprouts, cauliflower, radish, swede, turnip, and watercress will taste disgusting.

Their bitter taste is due to mustard oils that are produced from a naturally occurring chemical called glucosinolate when the vegetables are cut, chewed or cooked.This also leads to the release of sulphur molecules, which you can smell during prolonged cooking.

Cruciferous vegetables are especially high in glucosinolates and super-tasters find these up to 60% more bitter compared to non-tasters.

In the general population about 30% of people are non-tasters, who have no genetic taste aversions to bitter compounds and the other 50% are between and called “medium tasters”.

Sensitivity to bitter compounds does vary based on age with children being more sensitive to bitter taste than adults.

So long as you don’t have an intolerance to blue food colouring, grab some, dip a cotton bud in it and paint the front part of your tongue.

Blue dye will stain most of the area, but not the papillae which house your taste buds. The papillae will stand out as prominent pink dots. Stick out your tongue and take a picture.

Super-tasters have lots and lots of pink dots because they have double the number of papillae compared to non-tasters.

A word of caution, if you overdo the blue food colour and end up swallowing a lot, it might turn your bowel motions green.

Historically, the ability to taste glucosinolate could have conferred a survival advantage because super-tasters are better able to detect the taste of toxic substances and poisons, which are often bitter.

Some glucosinolate compounds interfere with iodine absorption. Avoiding these vegetables would have been an advantage because iodine is essential for normal thyroid function. Iodine deficiency in a pregnant woman can cause mental retardation in her offspring, with the most severe form called cretinism.

In Australia, our most recent national health survey found that just 8.2% of adults ate five or more serves of vegetables and met national recommendations. Vegetables are important for health with research showing higher intakes are associated with lower risk of weight gain, heart disease, some cancers, type 2 diabetes and age-related health decline.

Researchers examining links between super-tasters and mechanisms that regulate body weight have found complex interactions exist between genetic factors related to taste, food habits, energy metabolism and the environment, which then influences BMI.

How to trick your taste buds into loving vegetables

The good news is being around people who eat lots of vegetables, or having parents who eat a lot of vegetables is associated with higher intakes. If you are in charge of trying to get others (or yourself) to eat more veges, try these strategies. Cooking and food preparation methods can help mask the bitter taste or reduce the sulphur smell.

1) Hide the bitter taste of broccoli and cauliflower by serving them with cheese sauce. Stir 1 heaped teaspoon of cornflour into a half cup of milk. Place in a small saucepan on low heat. When almost to the boil, drop in a slice of cheese, and stir until thick.

2) Neutralise the taste with condiments. Black pepper contains piperine, a pungent substance that acts as a decoy to bitter taste by stimulating the perception of heat. You can get the same effect with chilli or other “hot” spices.

3) All herbs, spices and flavours including basil, coriander, garlic, ginger, lemon juice or salt help override bitter taste buds receptors by stimulating other taste receptors such as savoury, salty or sour taste. Stir-fry chopped onion with garlic, add a herb or spice of your choice, then roughly chop vegetables and cook till still a bit crunchy.

4) Reduce the sulphur smell by cooking for as short a time as possible, like microwaving. If you do boil them, use a large saucepan and have the water boiling before you drop them in. This helps reduce release of the gas.

• The author of this article, Clare Collins, is a Professor in Nutrition and Dietetics at the University of Newcastle.