Read on if you need an excuse to break your booze-fast, writes Shane Watson 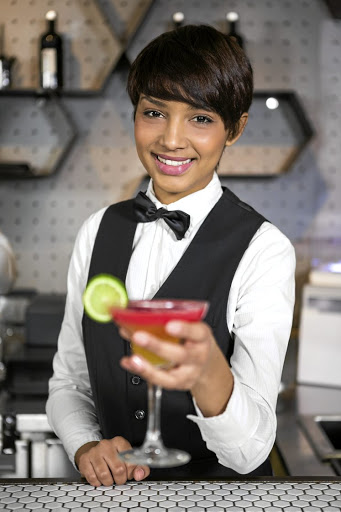 I don't know about you, but we're definitely trying to drink less. We talk about it a lot - when we will drink less and how much less - and have several strategies in place.

These include: not having much drink in the house; taking white wine out of the fridge so it's no longer temptingly chilled (though there is still ice in the freezer, so that one's not as clever as it sounds); and not drinking in the week, under any circumstances - other than the following.

We are not drinking, ever, unless:

● It's such a lovely evening that it would be a shame not to. The sunsets are lovely these days. We are drinking because it's midwinter and not to drink a lovely warming something would be like not bothering with a tree at Christmas.

● It's red wine season so you have to take advantage - you snooze, you lose.

● It's winter cocktail season. You are well within your rights to conjure up an old-fashioned, a white Russian, a winter solstice, a rum daiquiri, a fireside or a snow bunny. If not now, then when? They're now-or-never drinks.

● We slept OK. We're feeling pretty good and would quite like a drink.

● We are preparing to go on a pre-spring diet, so are staving off hunger pangs with large glasses of wine.

● We are spending more per bottle. This way we won't glug it down as though it's water and will instead savour it, like French women or characters in The Good Fight (who are always nursing a giant glass of red that never goes down). This sort of drinking is - in our opinion - like the difference between wrestling and tai chi.

● We are having the Whatsits to stay/meeting the ex.and we have no choice. We need sharpening or dulling. Or possibly oblivion.

● The Whatsits have brought some lovely-looking locally made gin and you can't just put it away for another day - that would be rude.

● We're out to dinner. We're having something delicious and we're not Donald Trump so can't drink Diet Coke with our curry.

● There's an offer on sauv blanc at Woolies. We need to try some to see if it's worth buying a case.

● The depressing news continues. Until further notice, we are allowed a tipple, particularly when friends come round and we have to go over all the ghastliness yet again.

● It's our friend's 50th and he or she has made his or her feelings on the issue clear: "Don't give up grog the week of my birthday!" This is sort of flattering in a "we need you in full pants-on-head party mode" way and also sort of exactly the opposite ("un-inebriated you just will not cut it").

● Someone is visiting who you hardly ever see (rude not to); someone has got a new job (let's celebrate); nothing is happening and we are bored and can't think of anything to say.

● We are cooking a dish requiring a splash of white wine. It would be a waste to leave the bottle fermenting in the fridge.

● We are doing a tasting. Who knows, we might have a party soon.

That's it. Otherwise, teetotal all the way. - The Daily Telegraph