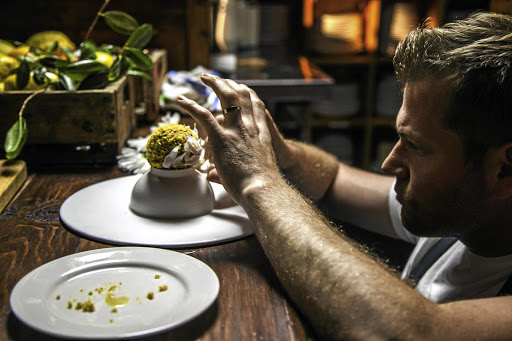 Je t'aime and mosbolletjies are not words you'll usually hear in the same sentence in France. But they often ring out in chef Jan Hendrik van der Westhuizen's restaurant.

The only South African to be awarded a Michelin star is impressing international foodies at his restaurant, called JAN, in the uber-wealthy town of Nice on the French Riviera.

Those who have visited his eatery include actors Robert de Niro and Julia Stiles. But Van der Westhuizen says his most treasured customer has been his granny.

Now South Africans will get a peek into his glamorous life in a new cooking show on DStv.

Van der Westhuizen, who married his partner Grant Bacon earlier this year at the Babylonstoren farm near Paarl, said his new show, also called Jan, would take viewers on a culinary journey through his creative process and how he combines French and South African cooking. He will be in South Africa next week for the launch of the show.

Speaking to the Sunday Times this week, the chef said there was a misconception that he spent his days wandering around with a basket, buying fresh produce.

"It's tough dealing with customers who have such a high expectation. It's early mornings, late nights and lots of coffee in between. It's rewarding but it's tough," he said.

Van der Westhuizen's love affair with France began when he was 12. His mother returned with pictures from her trip to the city of love and when he learnt French words like bonjourhe promised himself he would one day explore that country.

He made the move to France in 2009, and opened his 24-seater restaurant in September 2013. Since then it's become a place where Hollywood stars, sports personalities and VIPs are willing to queue for a table.

It seemed like an "insurmountable fool's errand" when he raised the idea of a restaurant with co-owner and business partner Pascal Szafranski. Now it's a destination for homesick South Africans and for other nationalities to broaden their range of tastes. 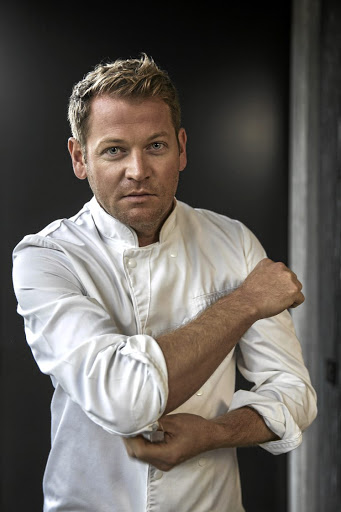 Van der Westhuizen said that the restaurant had been a "childhood dream"; but he had never foreseen a Michelin star.

"It was incredible receiving a Michelin star. In the culinary world it's like an Oscar," he said.

He received the accolade last year and retained it this year.

In the Michelin rating system, chefs are judged by anonymous reviewers. One Michelin star indicates a "very good restaurant"; two stars indicate a place "worth a detour"; three stars mean "exceptional cuisine, worth a special journey".

Van der Westhuizen has no aspiration to earn more stars.

"I am very content with one star, it's honestly more work to keep the star ... it's hard work and a lot of pressure, it ends up consuming every aspect of your life," he said.

In the kitchen, the chef is passionate about serving South African dishes. Whether it's his use of buchu or his ability to draw inspiration from people's hairstyles which he later transforms into desserts, he introduces guests from all over the world to the flavours South Africa has to offer.

It is essential that I share my heritage with the world. For some that's the only way they will travel to South Africa

"It is essential that I share my heritage with the world," he said. "For some that's the only way they will travel to South Africa.

"It's complicated to connect every dish to South Africa but that makes it more special because we don't just cook stuff that's pretty and delicious."

Van der Westhuizen said his establishment was more of a "foodie" destination than a celebrity spot.

Among the South Africans who have popped in for a bite are Olympic gold medallist Ryk Neethling and rugby players Duane Vermeulen and Juandré Kruger, who both play for the French club Toulon.

● Amasi (sour milk) dessert, made in France with cauliflower, white chocolate and lemon;

● Edible candles made with pork lard and kaiings;

● Cucumber and buchu macaron; and