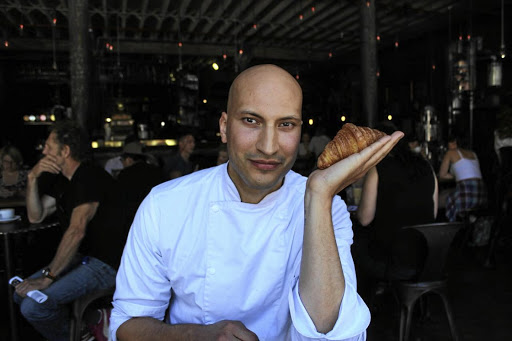 I relished my first croissant in Cannes on the Cote d'Azur, aged 14. To someone whose South African bread repertoire was limited to government loaves and Portuguese rolls, the glorious pillow of pastry was a revelation.

Up until now, finding the quintessential croissant in Cape Town has been a challenge. I'm a picky diva after perfection on a plate, so when murmurings of Truth Roastery's next-level confection reached my ears, I made haste to Buitenkant Street to meet the man behind the menu.

Kamel Hamzaoui looks more like a demigod than a pâtissier. Born 37 years ago in Montmartre, Paris, to French Algerian parents, his baking prowess first manifested at age four when he whipped up a spectacular cake at kindergarten.

While at high school he worked weekends in Enghiens-Les-Bains as an apprentice to one Monsieur Chapeau, learning the fundamentals, from creating the base of a gateau to honing the techniques that underpin the classical handcrafted croissant. 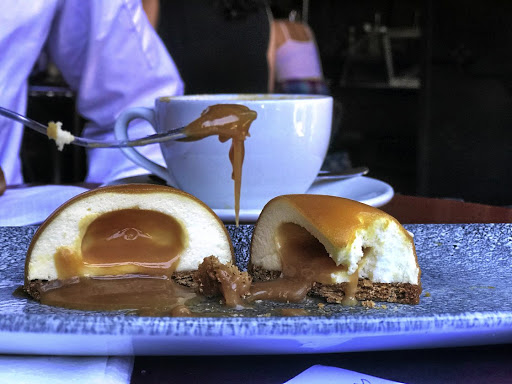 At age 21, after five years with the master, he left the kitchen to pursue a global modelling career.

One of his stops was Cape Town where he met his future wife before returning to Paris and taking up a position at L'Epicure in 2007, a three Michelin star restaurant at Le Bristol Hôtel in Rue du Faubourg Saint-Honoré. There he worked under the guidance of the late Laurent Jeannin, the famously charismatic pastry chef.

"I learnt everything from him," says Hamzaoui whose pedigree also boasts stints at the Hôtel Plaza Athénée on the Champs élysées, the Mini Palais inside the Grand Palais Museum and La Petite Cour in Saint-Germain-Des-Prés. Hamzaoui started at Truth Roastery a year ago.

Creating the ultimate croissant by hand is a feat and Kamel's fastidious process is a scientific undertaking from start to finish, a marriage between precision and passion. There is no cutting corners and only the very best of ingredients will do, like the butter he imports from France. At Truth, the croissants are elongated and emerge with just the right amount of buttery lightness and feuilletage (flakiness).

Get to Truth early if you want your share. Kamel makes 108 croissants a day, seven days a week and they disappear faster than a homesick mole. You have been warned.

Award-winning chef Eric Bulpitt has collaborated with the Bootlegger Coffee Company to create BCG, an everyday eatery where the food really shines
Lifestyle
4 years ago