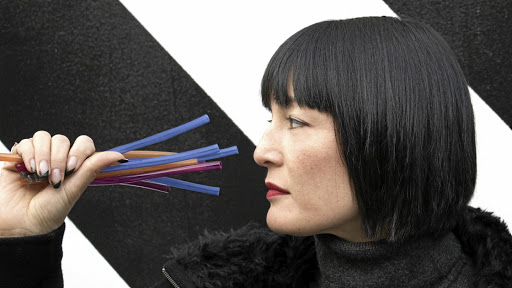 Looking beyond plastic disposable cutlery, the future of disposable tableware and containers looks good enough to eat, because it is going to be edible.

When it comes to disposable dinnerware, the issue of single-use items is brought sharply into perspective. Disposable plastic is an oxymoron - the average polymer plastic has a 450-year life span, which hardly makes it easy to get rid of.

Straws, cups, plates and cutlery are among the single-use items now being produced in a variety of edible materials, to help rid the world of plastic.

Loliware has just launched a range of straws made from seaweed. The company is already famous for producing disposable cups with a fruit-leather-like texture, made in a variety of flavours, intended to complement the beverage they hold.

The newly released straws are either clear, with the same look and feel as their plastic counterpart, or coloured and flavoured. The straws can be eaten or thrown away and take as long to break down as a banana peel.

Furthermore, the straws do not take any land resources to produce and seaweed absorbs CO², which reduces greenhouse gases. So yes, in future we will be able to drink almond milk through a caramel-flavoured straw made of seaweed, out of a cup that tastes like vanilla. 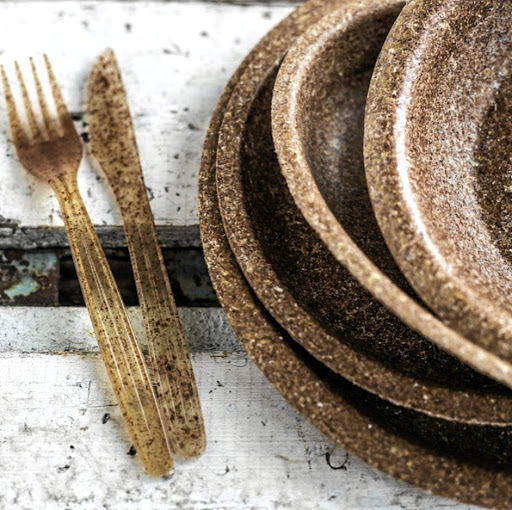 Biotrem's edible dishes are made from wheat bran.
Image: Supplied 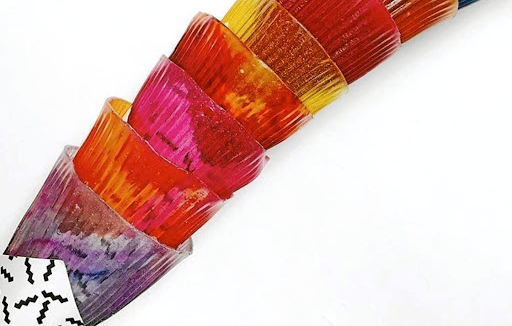 "A clean plate" has never had a more literal meaning than this: a plate made entirely of wheat bran and water. The biggest all-bran flake you can imagine.

In today's white-bread world, most wheat farmers are faced with a vast surplus of bran after every wheat harvest. A farmer in Norway has figured out a way to transform that excess wheat bran by mixing it with water, heating it and pressurising it.

Biotrem produces bowls and plates from the organic material that can be used for hot or cold food, in the microwave or oven. Once disposed of, they completely disintegrate into 100% organic material within 30 days.

Edible cutlery is being produced on a mass scale out of a sorghum flour mixture. The aim is for the cutlery to be fully edible by anyone and is vegan, trans-fat free, preservative free, dairy free and fair-trade. The energy required to produce one plastic spoon is used to produce 100 of the sorghum-based spoons. 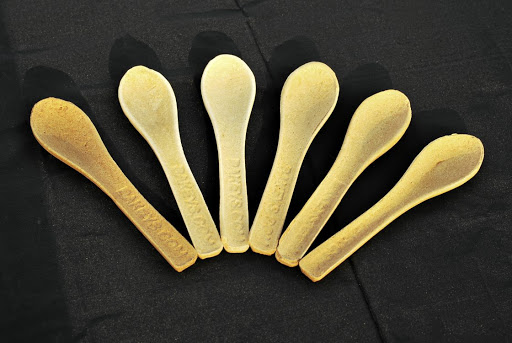 The Indian company producing them, Bakeys, was created by Narayana Peesapaty after seeing the state of India's landfills. The cutlery is completely edible, comes flavoured with Indian spices, sweetened and vanilla-scented or plain, and if discarded breaks down - like a biscuit - within five days.

There is one villain who does not yet have an edible hero: plastic water bottles, which account for 57% of the single-use plastic produced in the world.

There have been attempts to create an edible solution, including an edible water bubble made from an edible alginate gel. The gel looks great, but holds only a gulp of water, and the membrane is fragile, so you can't throw it in your bag.

For now you are better off investing in a water bottle that you can refill yourself. Just don't get confused and try and take a bite out of it.

After collecting up to 80 black bags of trash every time it has a coastal clean-up‚ a Western Cape tourist village has declared war on plastic.
News
4 years ago

When it comes to death, traditionally there have been two options: cremation and burial.
Lifestyle
4 years ago