The Carnelian's winning over the Jozi crowd with posh tapas & cocktails 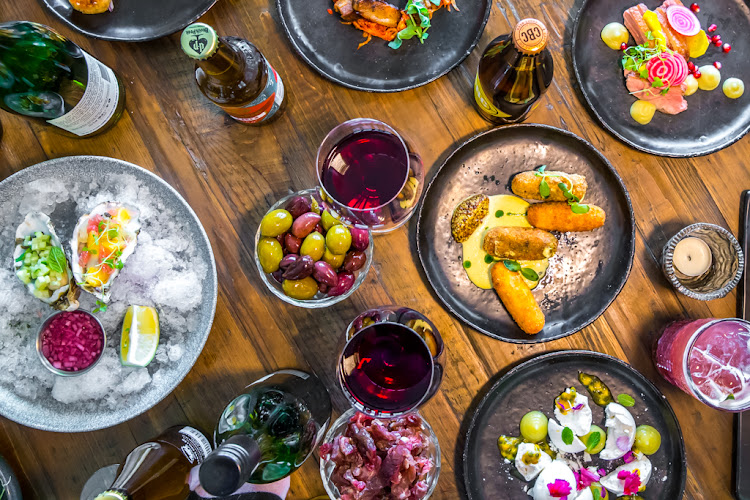 Carnelian at the Rock's bite-sized delights are perfect for sharing.
Image: Supplied

Few things go together as well as cocktails and tapas. Now you can indulge in both at the swanky Carnelian at the Rock, located above The Rock at the Design Quarter in Johannesburg.

The large interior features plush couches, small tables and a sweeping marble bar that together encourage sharing and socialising – something that’s at the heart of the tapas concept.

Owned by Chris Tatsakis, Carnelian’s head chef is Bianca Fogwell who, though not yet 30, is no stranger to five-star food and matching service with experience at restaurants like Le Quartier Francais and Roots Restaurant.

We chatted with the team to find out more:

What's the 'big idea' behind Carnelian at the Rock?

Tapas (from the Spanish verb tapar meaning “to cover”) originated in Spain and Portugal in the 19th century, and it began with a practical purpose: small disks of bread were placed on top of wine and sherry glasses in between sips to keep the fruit flies away. 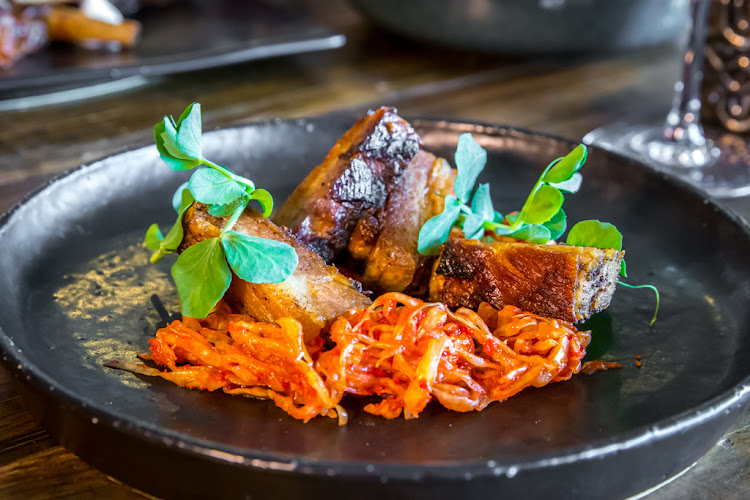 Carnelian at the Rock's dish of pork belly and vegetable kimchi.
Image: Supplied

Over time, innkeepers began to see an opportunity, and added ham, chorizo, cheese and other items to the bread, creating bite-sized food items.

Today, the “cover” concept has been reinvigorated, with crowded Spanish bars serving small dishes that can be rested on the top of a wine glass to keep the other hand free for expressive conversation.

We have our own take on this: dishes of bite-sized delights, made to share, in a relaxed seating environment.

What are some of your signature dishes?

Some notable dishes include our tempura fried green beans served with a sesame, ginger and soy dressing. 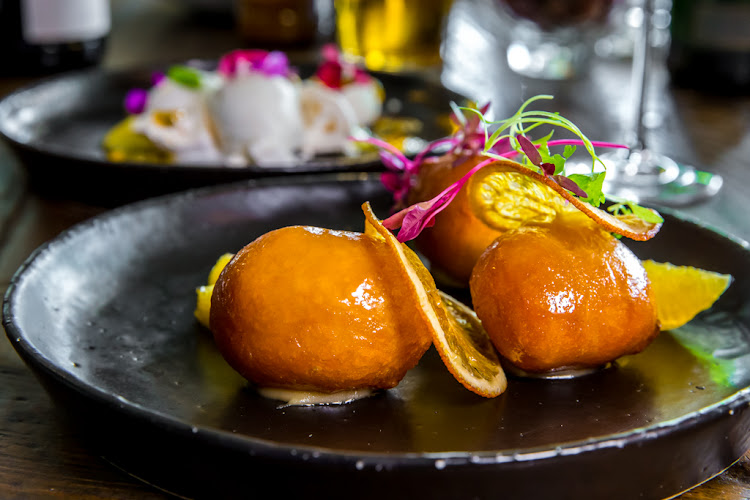 Our roasted pork belly is served on vegetable kimchi with pork crackling and pak choi, and we serve a milk-tart-filled magwenya (vetkoek) with burnt orange and cinnamon syrup.

Tell us more about your cocktails.

They’re designed by our legendary team of mixologists, but the one that gets the greatest buzz is probably the French 75, a mix of premium gin, lemon juice, sugar syrup and sparkling wine.

Our cocktails are mixed by award-winning mixologist George Hunter, owner of Copper Monkey and a co-owner of Anvil Ice, and Cameron Henning, who together with George, won the Absolut Team Edition 2018 bartending championships.

This article was originally published in the Sunday Times Neighbourhood: Property and Lifestyle guide. Visit Yourneighbourhood.co.za

With around 1,040 whiskies currently on their shelves, there must be few places on earth that look more like heaven to a whisky lover than The ...
Lifestyle
3 years ago

3 of the coolest places to grab a drink in Pretoria

When was the last time you took a trip to Pretoria? If you haven’t lately, you’ll want to top up your petrol tank (or your Gautrain card) and book an ...
Lifestyle
4 years ago