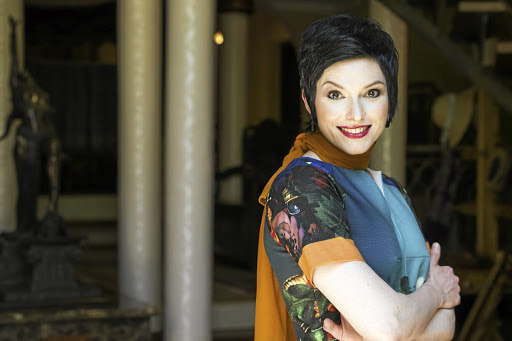 Chantel Dartnell has been named one of the top 300 international chefs in the Best Chefs Awards for 2018.
Image: Supplied

There's no doubt chef Chantel Dartnall is our country's gastronomic queen. Recognition for this culinary alchemist and the eatery she heads up in Elandsfontein, Pretoria — Restaurant Mosaic at the Orient — keeps growing both locally and abroad.

Dartnall recently graced the cover of the prestigious US publication, Wine Spectator, as well as an SA women's magazine.

She's also been named one of the 300 top international chefs in the 2018 Best Chef Awards. The only other SA chefs are in the Western Cape: Peter Tempelhoff from The Greenhouse at the Cellars Hohenort Hotel, Gregory Czarnecki from Restaurant at Waterkloof and Michael Deg at Delaire Graff Restaurant.

Dartnall was placed at No 32 last year in this competition, ahead of luminaries such as celebrity chef Heston Blumenthal at No 37 and Australia's Peter Gilmore at No 40. She was also named the world's best female chef for 2017.

The World’s 50 Best Restaurants list is one of the most influential and prestigious culinary rankings around. So when the Academy behind these ...
Lifestyle
3 years ago

She'll soon be off to Milan, Italy, to find out how she fared in the 2018 ranking. The winners will be announced on October 1.

Next she's off to the US to attend the New York Wine Experience Grand Awards banquet. Here, she'll collect the 2018 Grand Award from Wine Spectator for Restaurant Mosaic's incomparable wine list, in what is a first for a restaurant in Africa.

Says Dartnall: "While the recognition is wonderful, we just focus on being the best we can and enjoying what we do. Currently, every spare minute is spent tying down the details and minutiae for the new dishes we will unveil with our new spring menu."

DARTNALL ON HER CURRENT DEGUSTATION

The chef's current degustation menu at Restaurant Mosaic in is titled Samsarana, from the ancient Sanskrit text depicting the cyclical nature of life.

Each dish has a story, and each is presented on tableware especially created by artisanal South African craftsmen or chosen by Dartnall on her trips around the world.

Explains Dartnall: "We were discussing magical ancient grains of the world when Moses mentioned our own sorghum used in the traditional beer umqombothi. This dish was the result."

Flavours of Indochine - suckling pig with one component served in a red coconut curry - marks a departure for Dartnall because of its spicy flavours. It is the result of a trip to Laos and Vietnam last year.

"I was motivated by the fragrance of the early morning dawn's spice-filled air. Testing the patience of Chef Hai at Hue's Belmond River Palace, I came up with this recipe." 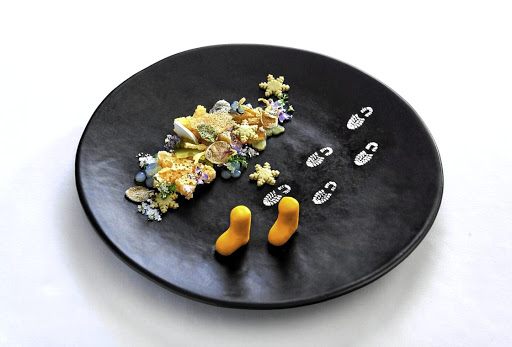 The whimsy in the plating is evident in dishes such as the dessert Heffalumps and Woozles, named after a song from the 1968 Walt Disney film Winnie the Pooh and the Blustery Day: "It took me back to my childhood. My favourite, Winnie the Pooh ... leading an 'expotition' to the North Pole on a cold and blustery day. I just could not resist ..."

SA chef bags an 'Oscar' for her modern African-inspired cookbook

'Through the Eyes of an African Chef' by Nompumelelo Mqwebu has been named the world's best self-published cookbook at the prestigious Gourmand World ...
Lifestyle
3 years ago

Would you pay R4k to eat at one of the World's 50 Best Restaurants?

The unbelievable food served at the World's 50 Best Restaurants will make your jaw drop, and so will the price of their tasting menus
Lifestyle
3 years ago